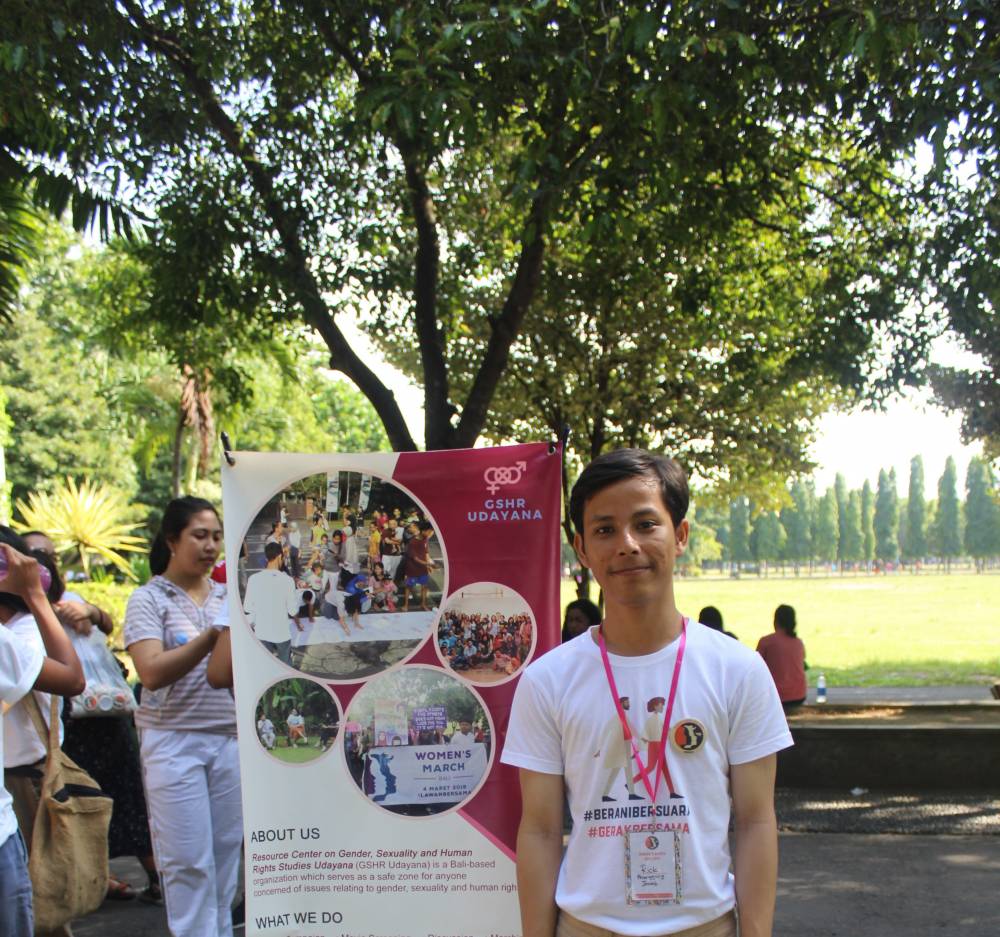 The prevalence cases of gender based on violence that occur in Indonesia, especially Bali which is also supported by weak public policies that tend to be discriminatory towards women is the main focus of Rickdy Vanduwin Sitanggang to initiate the Women 's March Bali 2019 movement (04/28/2019). Women’s March Bali 2019 is a social movement that speaks to the rights of women, gender and sexual minority groups this year titled #Berani Voice #GerakBersama. This social movement was carried out in the area of ​​Bajrasandi Field, Renon, which began with long march activities, speeches and poetry readings by bringing their five crucial demands that have not been received much attention and a positive response from the government.

Women’s March Bali is an annual event held under Udayana Resource Center on Gender, Sexuality and Human Rights Studies (GSHR Udayana), which was founded by Rickdy Vanduwin Sitanggang, a student at Udayana University Agroecotechnology Bachelor program. GSHR Udayana is a forum in responding to the aspirations and urgencies related to gender, sexuality and human rights that are structurally voiced through Women’s March Bali movement. Rickdy stated that this movement was a medium for women, gender and sexual minority groups to convey all the anxiety and experience they had experienced.

Rickdy represented himself in this movement by utilizing the privileges he had as a man by participating in joint struggle supporting gender equality. "As a man, we are responsible to be listeners and supporters who provide a place for them to speak out about the discrimination they experience to jointly build a world that is equal and safe," he explained. He also added that if we currently live in a country that still maintains a policy that contains patriarchal values. ​It will  restrict women's access and give "benefit" for men.

Starting from being a staff writer at one of United States electronic magazines, Affinity Magazine which raised issues related to gender, sexuality and human rights (HAM) was the main attraction for him to explore these issues. Rickdy acknowledged, he tried to be consistent and try to move to the world of activism by playing an active role through the organization he founded. "Even though my educational background is not in line with the activities that I live in, I believe that everyone has a responsibility to make a better social society. I can say that, this is one of the goals in my life, "he said. (nlt)