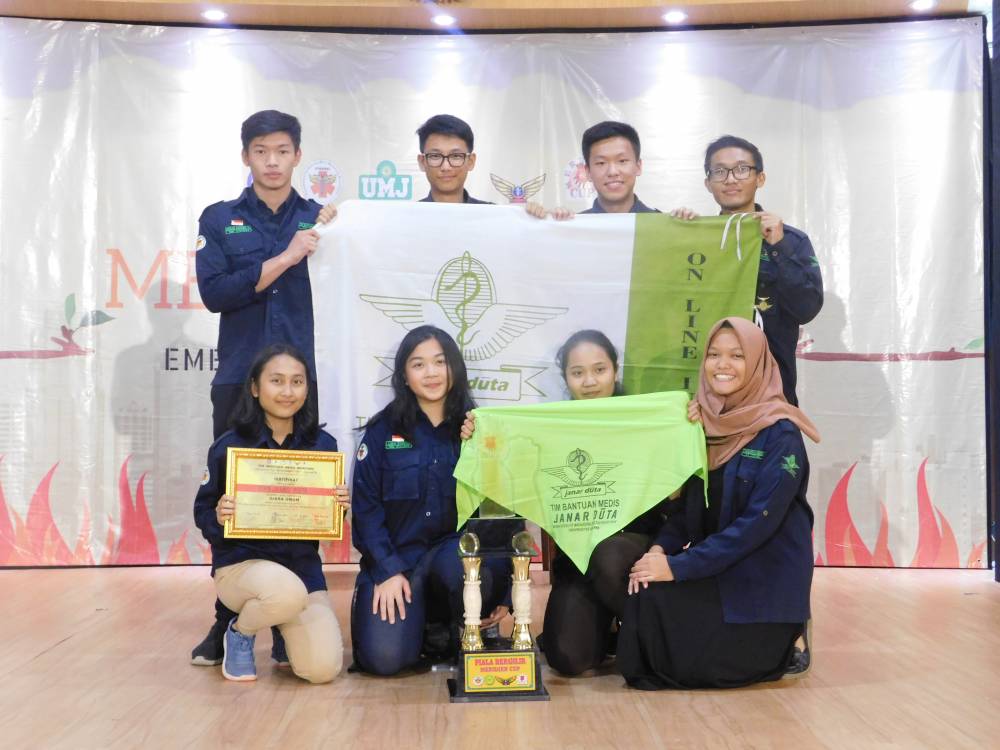 TBM (Medical Assistance Team) Janar Dūta is one of the BSOs in the Medical Faculty of Udayana University which has been established for 27 years. TBM Janar Dūta has recently won a national achievement through the Meridien Cup VIII competition which was held from 11-14 April 2019. Meridien Cup VIII was organized by the Faculty of Medicine and Health of Muhammadiyah University Jakarta. This prestigious competition was attended by 12 teams from various universities throughout Indonesia. Meridien Cup VIII competes two branches consisting of  Emergency of Fire Building and Respiratory System Simulation Competition and the Medical Competition of Emergency and Traumatology. TBM Janar Dūta sent each team to join both races and won second place in the Emergency of Fire Building and Respiratory System Simulation Contest, second place in Medical Competition of Emergency and Traumatology and won the title of overall winner of the 2019 Meridien Cup VIII.

This achievement is the third year successfully achieved by the Janar Dūta TBM in a row. Where since 2017, has won the title of the Meridien Cup general champion and retained the title to date. Michael Christoper, one of the members of the TBM team Janar Dūta who won the Meridien Cup VIII competition, said that the preparation for the competition had been held since the beginning of this year. The preparation includes selection or selection of members, training and preparation. Intensive preparation began in March. (plt / nlt)