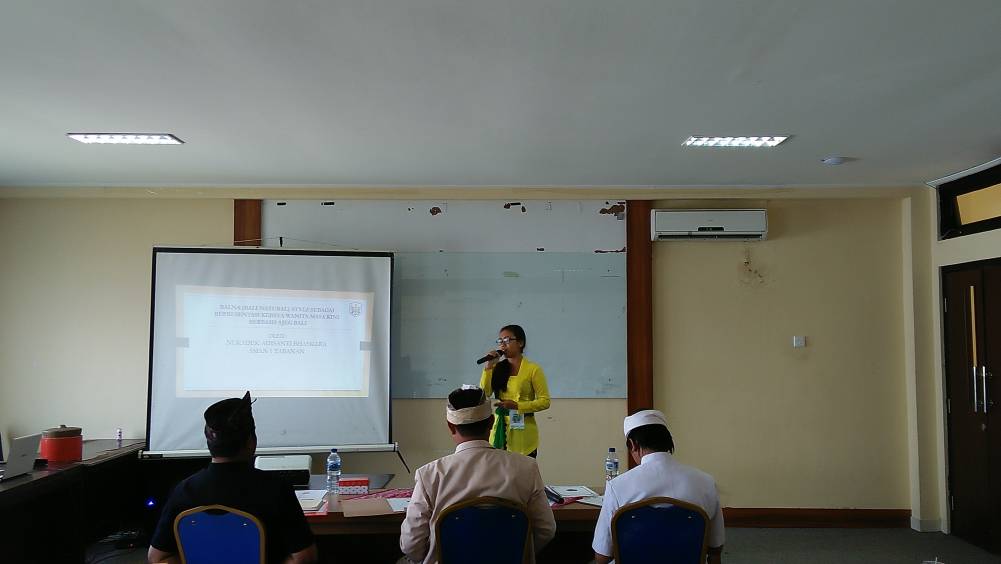 The Atmosphere during the Presentation of the Essay Contest, Held in Bhinneka Room, 3rd floor of Agrokompleks Building, Sudirman Campus.

The theme that carried on this seventh implementation was Yowana Dharma Kapti Jaya Desi which meant "The Most Noble Ideal of Youths is to restore the Glory of Their Homeland".

According to Made Satria Tresnajaya as Chairman of the Committee, The Seventh Penyepian’s Dharma Shanti Caka 1940 was aimed to re-familiarize Hindus especially high school students and university students by building together the culture of Bali.

The background of each competition is about “Hindu’s Youth Movement in Bali”. According to Satria, the competitions were focusing more on youngsters because our culture is currently experiencing a crisis of attention, especially from the younger generation.

All participants of the competition, representatives of 13 Faculties at Udayana University and Hindu Students’ Forum from different universities, were present to watch the Dharma Tula along with entertainments including Jauk Manis Dance and Bondres (Balinese masked-men comedy show).

The Dharma Tula packed in the form of talk show is expected to cultivate the awareness of the younger generation to preserve and embrace their culture and religion. (khania)