DUE TO THE ERODED BALI AGA IN SAMBIRENTENG VILLAGE, ANTHROPOLOGY DEPARTMENT INVITED STUDENTS TO DO RESEARCH ACTIVITIES 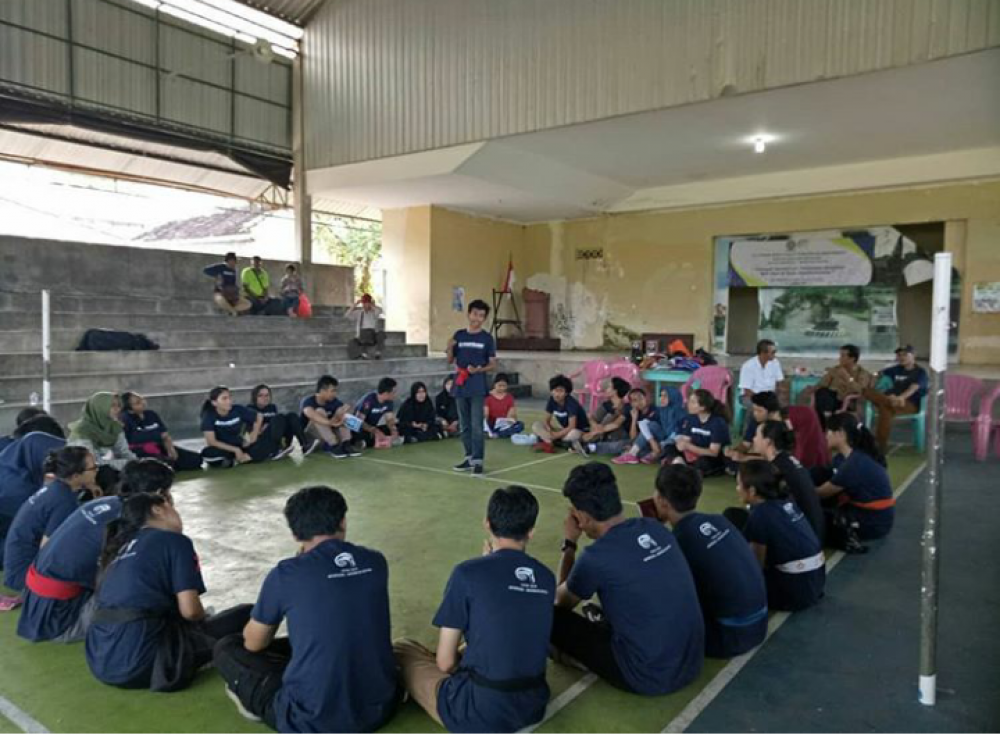 One of the training activities was material sharing on “New Identity” by Anthropology students of Udayana in Sambirenteng Village.

Buleleng - Thursday (25/03), Anthropology Department, Faculty of Cultural Sciences, Udayana University, once again held the Research Training and Community Service which is often called PPPM, in Sambirenteng Village, Tejakula District, Buleleng Regency. It is a routine activity that continues to be intensified by Anthropology Department. Not only held in the area of Bali, but it is often implemented in the eastern part of Indonesia such as Sumba and Lombok.
This activity was aimed at a) creating students who can balance intellectually, emotionality and spirituality, b) introducing the scope of Anthropological studies to the students, especially new students, c) preparing Anthropology students of Udayana University to have a competence in the field, d) and preparing Anthropology students who are reliable in writing research reports.
This activity was followed by Anthropology Department’s active students, several alumni, and lecturers of Udayana University’s Anthropology Department, with a total of 131 participants. It was held from Monday to Thursday (22-25 / 03). For four days, the students were taught about how to conduct a good and correct field research by lecturers and alumni. Furthermore, the students also held a kind of intimate meeting with the Sambirenteng Village’s apparatuses and further introduction of the tribe and culture of Bali Aga in Sambirenteng as well as doing the community service together.
In this occasion, the students chose the theme of "The Impact of Globalization on the Original Identity of Bali Aga at Sambirenteng Village" which was also act as the study material of research practice. In this modern era, sooner or later, all layers of the society will undergo changes due to the impact of globalization; including the existence of Bali Aga tribe which is an indigenous tribe of Bali that progressively change. It is feared that the impact of this globalization will erode the authenticity of the Bali Aga Tribe that can now only be encountered in some areas of Bali.
Mario Y. Bayuwarta, one of Anthropology students as well as the chairman of the research activity, revealed that Sambirenteng is one of Bali Aga villages which have now undergone many changes due to the influence of globalization. The influences is the development of tourism characterized by existence of several villas and resorts, the economic system that has started to get more advanced, and people who tend to work in tourism industry and no longer manage local wisdom as their cultural identity.
It is expected that with this research practice regularly held, Anthropology students are more familiar with their study materials which is the society and able to increase the knowledge and insight of local cultures in Indonesia. "Because, to be a reliable anthropologist, it cannot be obtained instantly but must continuously do practices, both on field and writing the results of field research report" said Mario.