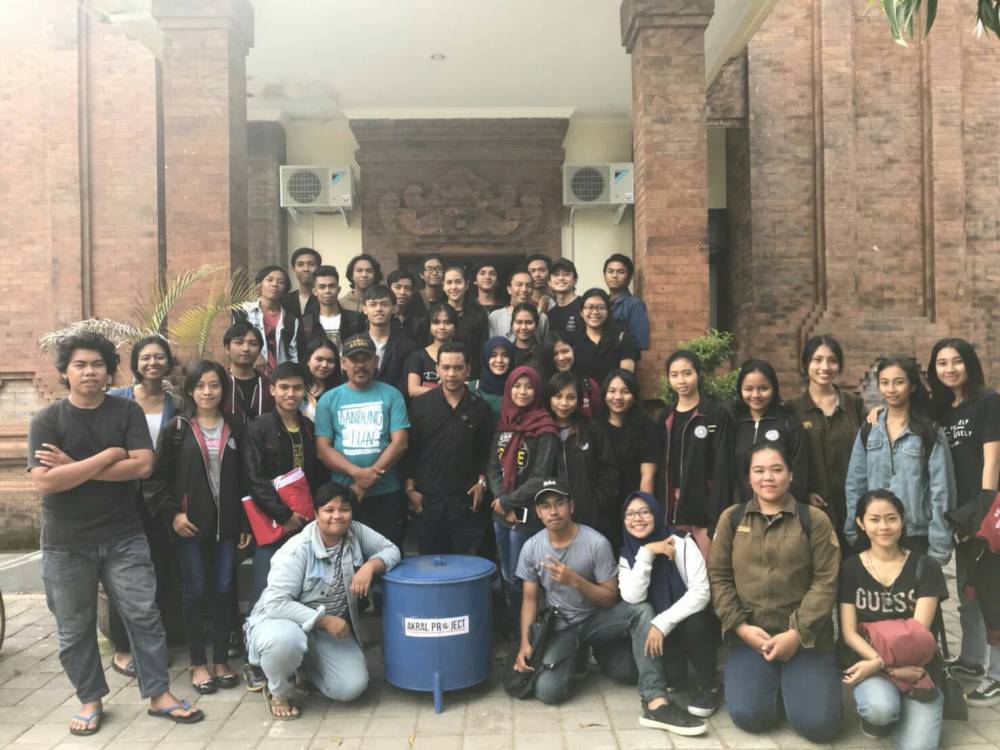 The Group Photo of Sociology Department Students Class of 2016, together with Speakers and Lecturers of Social Planning Subject.

Denpasar (7/4), Sociology Department, Faculty of Social and Political Sciences (FISIP), Udayana University, presented a social project called the “Akral Project”. This project is a social activity as well as a service movement, in a series with the application of Social Planning Subject. The service will be done in Kampung Bugis, Serangan, Denpasar.

"A concrete form of this activity is in the form of community services, where we will analyze the social conditions around the area of Kampung Bugis and do a social mapping". said Rio Widjanarko as the chairman of Akral Project 2018.

The election of Bugis Village as the object of this project was due its accessibility, being the closest to campus, and the Bugis’ villager’s eviction incident where they had to live in emergency tents for about 15 months.

Akral Project is packaged in the form a campaign spreaded through mass media with the aim of getting supports from various parties; both society, students, and communities in Bali.

According Rio Widjanarko’s information, programs promoted in this project are education, health and infrastructure. Some applications of the education included; Akral Class which is a tutoring for Bugis Village’s children at the age 5-10 years, Akral Chat done by youth, public figures, and academics who partnered with Akral Project in the form of discussion, Akral Trip which is arranged like an adventure for the children that will be accompanied by the Akral Project committee by targeting several points in the Mangrove Forest Tower, Serangan, and Akral Stage that will show the collaboration of Theater Communities, Akral Team, and Bugis Village’s children.

Furthermore, the Health Program is in the form of socialization and direct health checks of Bugis Village residents who live in tents. Finally, the Akral Team’s infrastructure plans some periodic addition and repair of infrastructures. Among them are the request for a wantilan (community hall) tent to replace tents damaged by extreme weather, library development, medicine cabinet, and the distribution of tarpaulins and trash bins for Bugis villagers.

"The implementation of Akral Project is expected to help people in Kampung Bugis to live more adequately, in accordance with the capacity that we have." Said Rio. (khania)