Sorry, this entry is only available in Indonesia 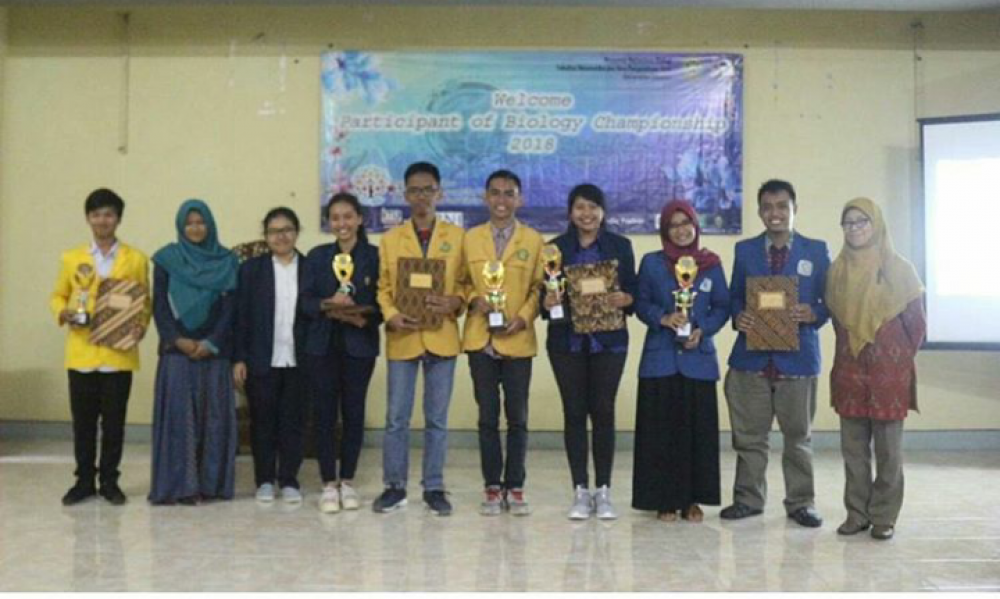 Jimbaran - Sunday (04/03), Udayana University Biology Faculty Student Association National Biology Udayana (OBU) Olympiad. This event is an event of Student Association of Biology at the title every year. The activity with the theme of "Thinking Intelligently Leads Quality Scientist Toward Gold Indonesia" was attended by 206 participants from elementary, junior high school, and college students. In addition to implementing the work program of the Association, this activity aims to hone the ability of the young generation of Indonesia in the field of Biology, in order to create a highly competitive human being and able to face future challenges.

"This Olympics is annually implemented by Himaprodi Biologi which at the same time become our regular proker. For this time the total of 206 participants consisted of elementary, junior and senior high school students. Hopefully through this activity we can help boost the spirit of learning young generas, especially students and students as change agents to achieve a better Indonesia in the future, "said Tiwi Wati chairman of OBU 2018 and Chairman of the Division of reasoning Himabio.

The event was opened by the Vice Dean of Student and Information namely Drs. I Wayan Santiyasa, M.Si as representative of the Dean of FMIPA who was unable to attend. I Wayan Santiyasa highly appreciate the activities of OBU 2018, especially on the theme that carried today.

"I am very appreciative to all the participants who attended this morning, it is true the theme that carried on the Olympics this time that the future of Indonesia is held by the younger generation. And stare true to follow olpimpiade you have been indirectly declared victorious for having dared to compete ". I Wayan Santiyasa said when giving his speech.

The event is held for two days, on 4 and 5 March 2018. The first day is the opening of OBU and Olympic competitions at elementary, junior and senior high schools. While the second day is the Olympic high school level followed by LKTI presentation stages of SMA and Student and student poster contest nationally. The stages are LKTI and Poster selection, namely the presentation stage. As for the Olympics Biology is divided into rounds, semifinal and final.
Participants were very enthusiastic in participating in the Olympics that took place in the campus of Biology. Not only participants from Java and Bali alone but the participants there are also participants who attended from Mulawarman University, Kalimantan, who passed to the stage of allowance. While the champion in this Olympics is the team Poster and LKTI from UGM, ITS, UNUD, UNDIP, UNMUL, and UNDIKSHA. While the Bali governor's rotating trophy for LKTI SMA is achieved by SMA 1. (Ism)