INTRODUCING THE LOCAL HISTORICAL VALUE OF BALI, THROUGH SITE VISITS 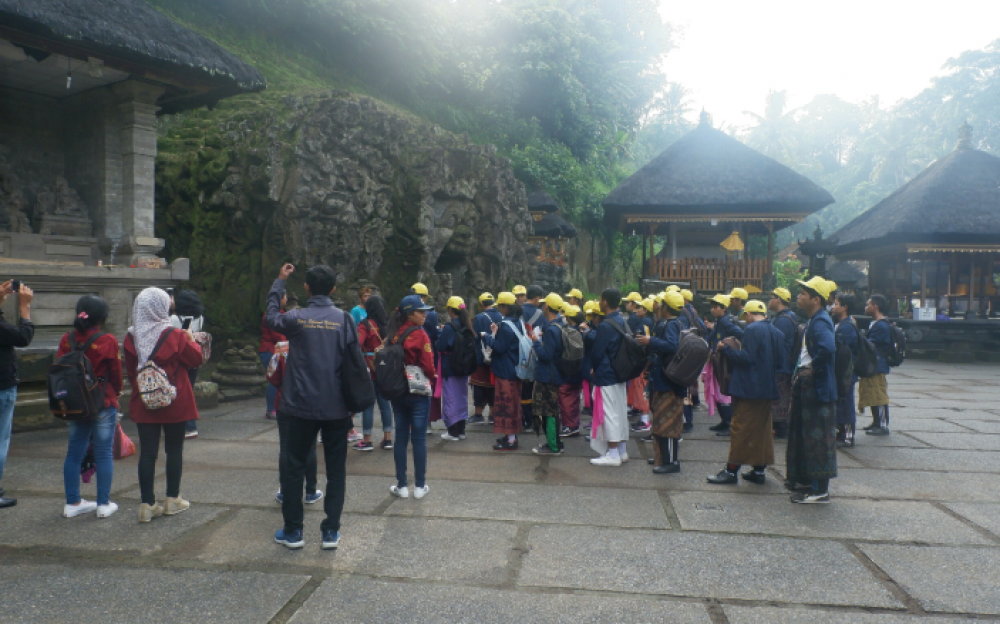 "Usually, this activity is done at the beginning of new students’ entry, as a program to introduce the study program, but because there is a new policy so that the introduction of this study program cannot be done in the first semester of freshmen, but rather done in the next semester" said Mila Yefriza, KEMAS’ chairperson.

"It is not just an ordinary annual routine, but it is expected from this activity that new students will be able to know and understand more about the history of Bali as a local history, and from this activity the students will make a research report from the sites that have been visited as results for their researches, "said the chairman of the Historical Science Study Program.

The event began on Friday (03/03) with a presentation of papers from each group of students of 2017 class. After that, the event continued with a briefing from Historical Science lecturer, Dr. Ida Ayu Putu Mahyuni M, Si. In her presentation, she explained about the historical values contained at the sites of Goa Gajah, Pura Samuan Tiga, and Pura Pengastulan.

Reporting from Rani Anggreini, one of the organizing committee, the election of those three places was because all of them have the ancient Balinese historical value elements.

"These three places have very good historical values for our educational learning as students of Historical Science. One of which is Goa Gajah (the elephant cave) is a relic of Hindu Buddhism. The name Goa Gajah is believed to come from the Negarakertagama book "Lwa Gajah", which is believed to be built around the 11th century AD when King Sri Astasura Ratna Bumi Banten was enthroned and used for asceticism site of the king. In addition to the cave, there are also a lot of historical relics including seven sacred rivers believed to be the birth of Hinduism and Buddhism in India, pelinngih, lingga, Ganesha statue, and there are seven water fountains above the sacred pool, as well as Pura Samuan Tiga and Pura Pengastulan. (Ism)