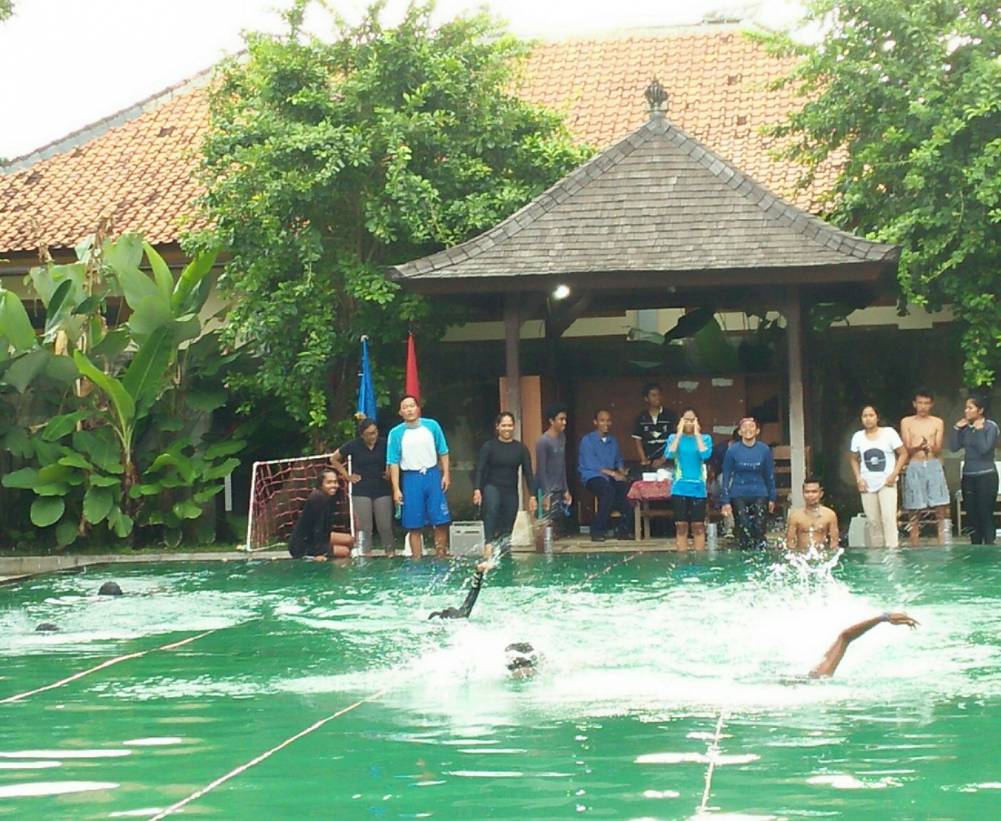 The atmosphere during the implementation of the first part swimming contest heldat the Bali State Polytechnic Swimming Pool.

Denpasar (23/2) A series of welcoming the 6th anniversary of the Marine Science Department, Faculty of Marine and Fisheries, lasted for two days. This activity is colored with several competitions that are followed by students from class of generation 2013 to 2017.

The theme is "IK Find The Glory" with the philosophy of Moving For What to Bring Gold Generation, according to a statement from Deputy Chief Executive, Elizabeth stated that this philosophy aims to bring Marine Science (IK) to the more golden generation and bring The 6th IK to be more sparkling and better still. 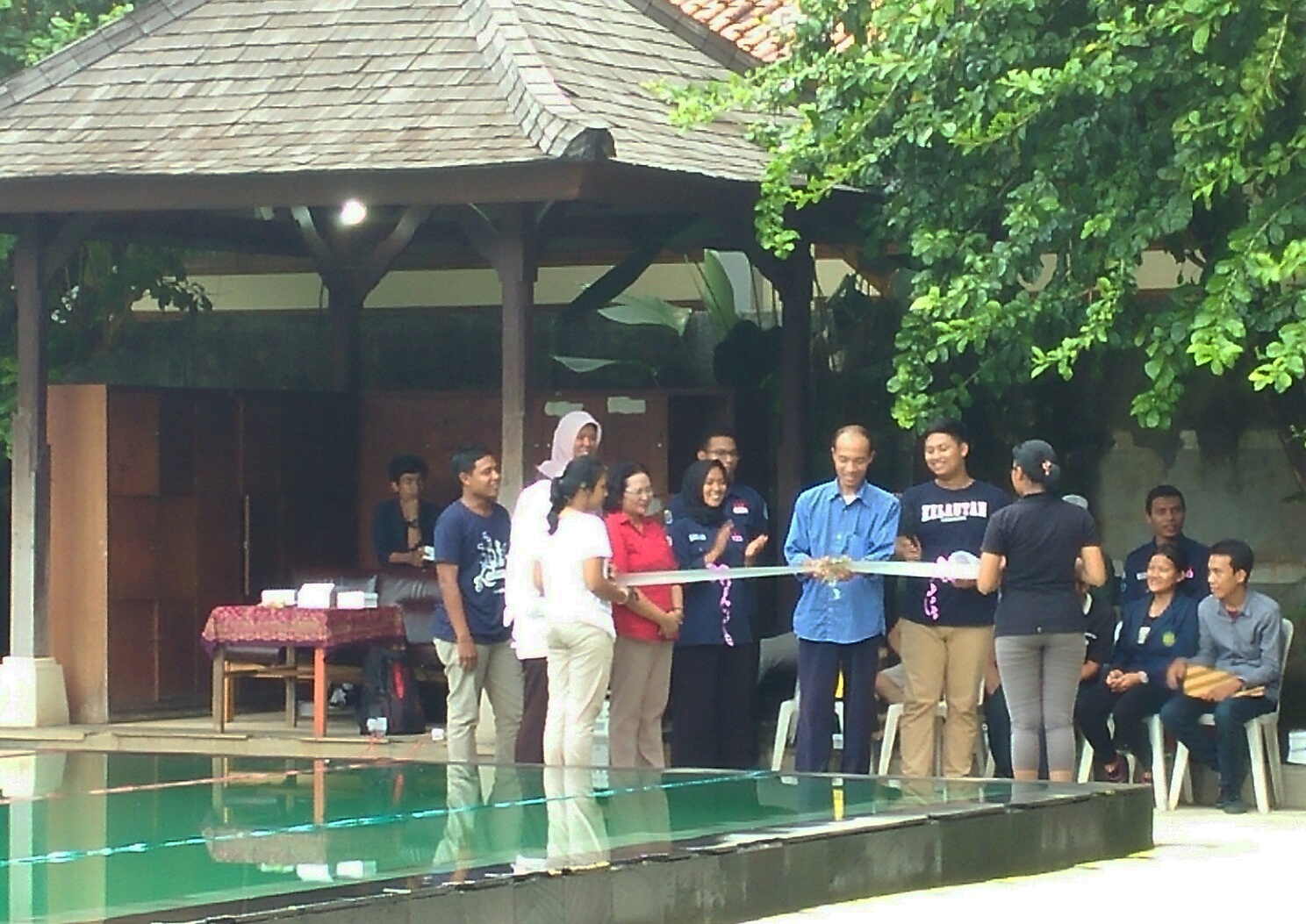 The atmosphere while ongoing ribbon cutting by Chief of Marine Science Department.

Implementation of the first day on February 23, 2018 held at the Bali State Polytechnic Swimming Pool is marked by Cutting Ribbon by Koor. Marine Studies Program. In addition, some competitions held are Swimming Swimming, Swimming Pool, Take The Coin (game taking coins in the pool without using swimming goggles) and also Three On Three (basketball in pool kolma).

In this activity, Marine Science Student Association also invited Lecturer and Student of Marine Science to participate in this event. The race is followed by each representative from the generation of 2013, 2014, 2015, 2016 and 2017.

“Through this activity is expected that all students can establish intimacy with one another." Elizabeth said. (kezia)