BEM PM UDAYANA PARTICIPATED IN THE GOVERNOR ELECTION OF BALI 2018 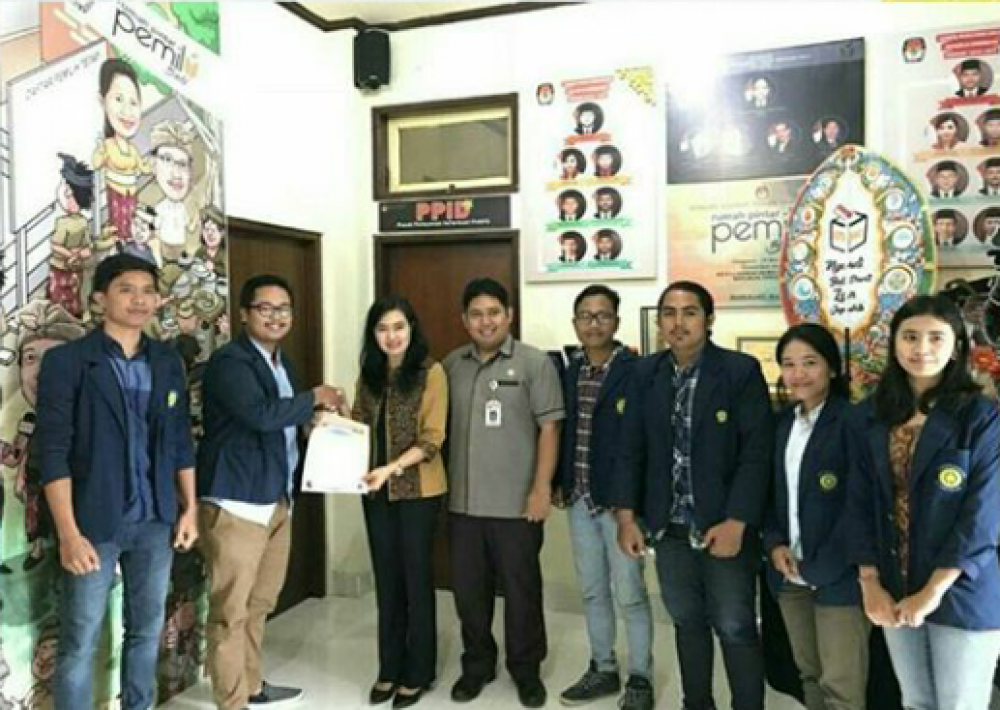 The President of BEM PM Unud and the Ministers alongside with Dr. Ni Wayan Widiastini, S.Sos.Msi as Human Resources and Community Participation Division Bali

Denpasar – Wednesday (14/02), The Student Administration of Student Executive Board (BEM PM) Udayana University held a dialogue with the Bali KPU regarding the Governor Election which will be held this year.

"This activity is conducted in order to establish cooperation with the Bali Election Commission, considering that the gubernatorial election is coming soon. With this audience we want to show that our students as a young generation also want to contribute in the election later." said Kosyi Rukito, the President of BEM PM Unud.

The proposal conducted at the House Commission of Bali is also welcomed by the KPU. Moreover, Ni Wayan Widiastini as the division of Human Resources and Community Participation Bali said that the KPU is ready to cooperate and accept all aspirations of students.

"From the side of the KPU Province, they strongly support the activities undertaken by BEM PM Udayana, we can communicate with each other between institutions and students, and we are ready to help and accept all aspirations of young people, and of course my hope is that young people here participate in succeeding the governor election which only in a few days later." she said.

Moreover, the activities included in the "Punapi Gatra" by the Ministry of Foreign Affairs and the Public Policy Action Study. They also convey the hopes of the upcoming Governor Election. Among them are Governor Election can be held in LUBER and JURDIL, carried out without riot and noise based on the internal and external conflicts related to Timses, Paslon, and the community. Also, they hope for the great participation of the community on the implementation of elections in 2018 so that the atmosphere of democracy really lives between them. They hope to optimize the KPUDs in distributing ballot papers so that every district gets the ballots on time evenly, and hopes for a conducive atmosphere by minimizing money politics, black campaigns, SARA politics etc. that can cause dispute in democracy. (Ism)