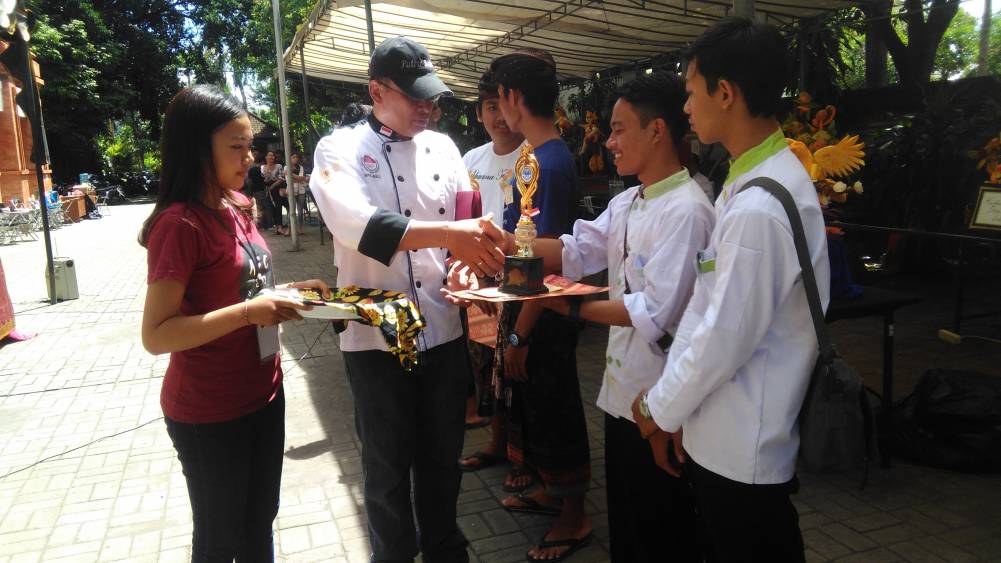 Award for the Winners in Agribusiness Fruit Carving 2017

Denpasar – Saturday, November 9, 2017 HIMAGRI (Agribusiness Student Association) Faculty of Agriculture Udayana University carry out Agribusiness Fruit Carving activities. This activity takes the theme "Pesona Nusantara in Local Fruit Carving" and is the newly implemented HIMAGRI work program. The purpose of this activity is to introduce local fruit in Indonesia, especially Bali, so in addition to consumed, the fruit can also be valuable in the form of art carvings.

The series of events in this event has been started since 09.00 WITA and Dr. Ir. I Dewa Putu Oka Suardi, M.Si. as Chairman of Agribusiness Study Program officially opened this activity. The fruit carving competition is held from 09.30 WITA until 12.30 WITA. This event was attended by 16 teams from all over Bali, provided that a team of maximum consists of two people and aged between 17-22 years. The first winner in this competition was won by Samidun Team, second winner was Balinesse People and third winner was Team Taka

The committee in this activity amounted to 56 people with preparation time that has been implemented approximately three months. Although it was constrained by the cost and promotion of a little less, but this activity can run well and smoothly. Vineka Pradnyana, chairman of the committee in this event, revealed that the difficulties in preparing this activity were initially solved, but all could be resolved because they had a core committee that could be invited to work quickly. "Hopefully next year anything less than now can be fixed", he said.

One of the participants who came from Karangasem, Arya Dharma expressed his delight because he can get many acquaintances and can add experience about the technique of carving. "For next year hopefully more enhanced again and hopefully the art of the Balinese become more famous", he said. (fai)