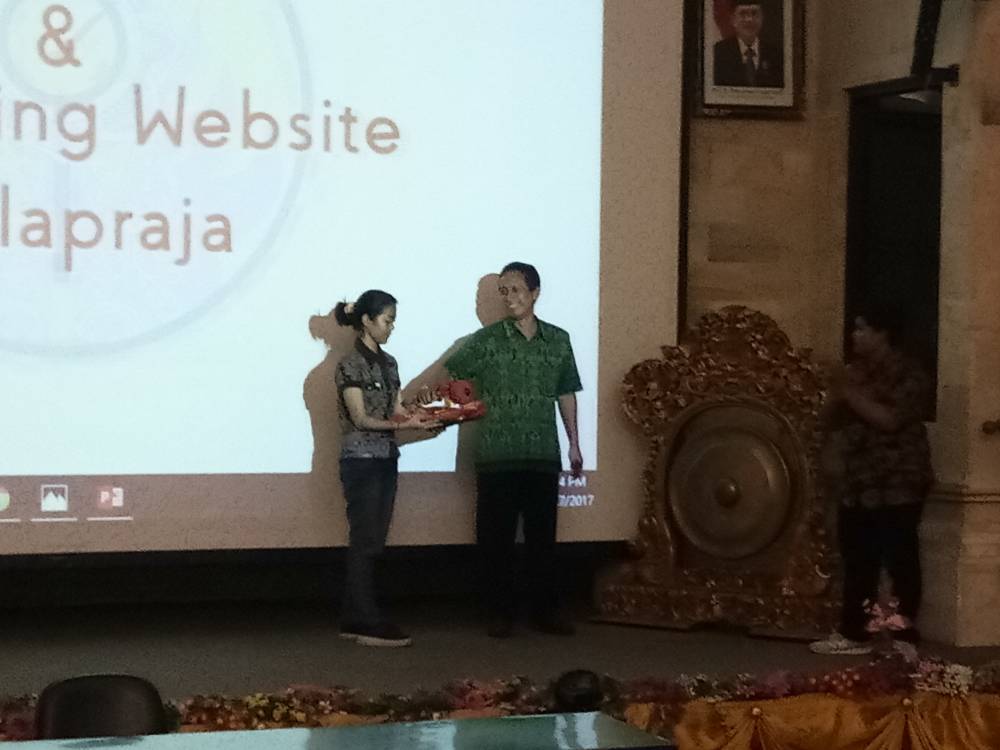 Corruption in Indonesia is so massive. As of late we are shocked by the corruption of e-ID cards that harm the country up to 2.5T. Can we imagine how many schools can be built with that much money. How many habitable homes can be made for people who can not afford.

Not only institutionalized state, the lower society is often corrupt. Among the students themselves there is often a small scale corruption. Small or big, if it is corruption that has violated the rules.

Therefore, Valapraja website can be a solution as a medium of corruption prevention. This website is in launching, Monday, (27/11) in aditorium widya sabha usadha medical faculty, Udayana university. Valapraja website is the work of three udayana students, namely Angelina Sellyn Manora Marbun, Gusti Yogiana Prabawsari and Gde Dharma Setiawan, from Sociology Prodi. They are incorporated into a group called Aksi Waras (Anti Corruption Student Smart). their work is contested in campus integrity festival held by the KPK and has entered the top three in the Bali region, which will then be brought to the national level.

"This is a short-term way of dealing with corruption, because the results are instantly visible, and the list of each item price is stated in it" said Sellyn Manora in lanuching the Valapraja website.

In the launching of this website also coupled with a talk show filled by two sociologists Udayana University, namely Wahyu Budhi Nugroho and Gede kamajaya.

Gede Kamajaya in the delivery of the material that is always the coach of the team of Action of Warasa, said that the challenge to improve the Valapraja website is on the difficulty of getting support. The second weakness is still requires a long process to socialize and apply, because when willing to trial, there are some parties who are reluctant to test. (etong)