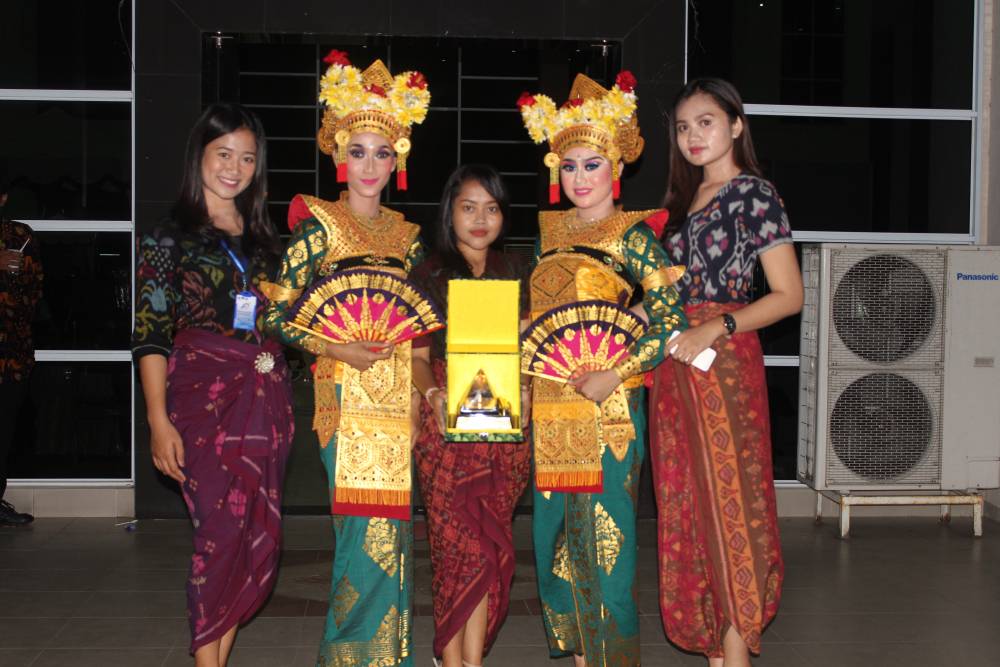 The Five Students Holding Plaques Award as the Best Papers

Denpasar - Thursday (23/11), Five students became the representative of State Administration Program in the Indonesian Administrator's meeting in 2017. The Indonesian Young Administrator Meeting 2017 was attended by 33 Universities from all over Indonesia and held at Raja Ali Haji Maritime University of Riau Islands. In 2017, the activities that routinely held for each year, now was appointing the major theme of Rural Development Management. 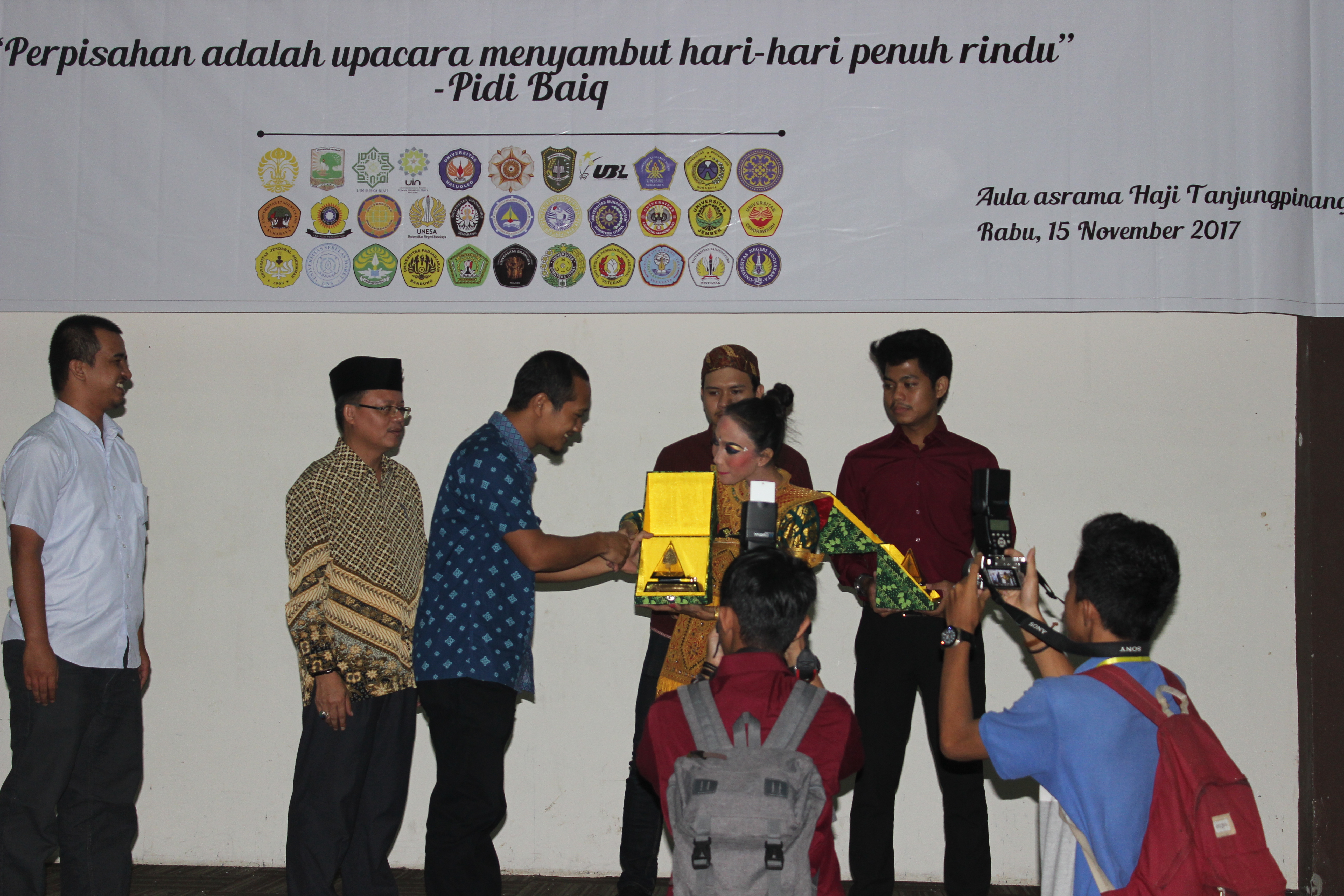 Photo Session of Handing the Award

In the interview session with the head of delegation Gek Aris Veratiani or commonly called Gek Aris, explained that the paper presented by her team appointed the case study of Badung Regency Government program in the Agricultural Culture Festival (FBP). According to Gek Aris, the appointment of this case study into the paper had been adapted to the major theme of the activity. Gek Aris further explained that the focus of the papers that had been compiled and presented by her team was explaining the evaluation of Agricultural Culture Festival program as local farmers empowerment effort (in this case the farmers in Petang Sub-district).

The background of the interest of the team led by Gek Aris in deciding the case study was based on the interesting matter of Badung Regency, referring to the imbalance between tourism sector against agriculture sector in south and north region of Badung Regency. Furthermore, the team saw one of the ways of policy making taken by the government in overcoming the problem, that was by the making of Bali Cultural Festival wrapped in culture. This matter was very interesting to investigate because the activities of the Bali Cultural Festival could attract the local people and tourists to attend and directly provide value of benefit for the welfare of local farmers.

At the end of the interview session, Gek Aris hoped that students of Udayana University would never be afraid to try new things that benefit both themselves and the alma mater. (pratama)