WORK PROFESSIONALISM IN THE GLOBAL ERA IN KARA LITERATURE SEMINAR 2017 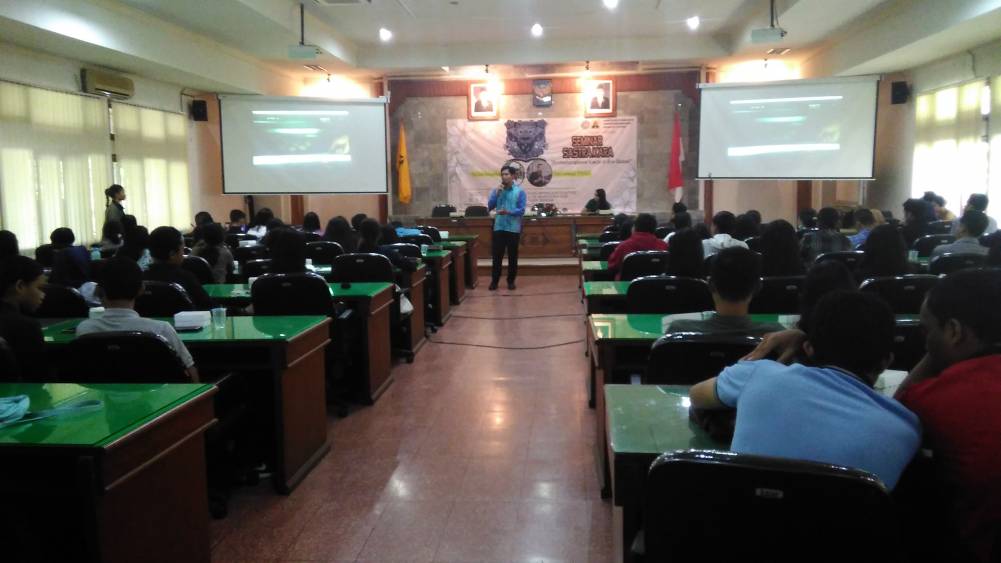 Denpasar - Saturday, November 18, 2017 BEM PM Udayana University conducted Kara Seminar. The activity was held in BAPPEDA Office Jempiring Room which was located at Jalan Cok Agung Kresna No.89, Renon, Denpasar. The theme appointed in the Kara Literature Seminar 2017 was "Work Professionalism in the Global Era". The theme appointing was based on study topic of the Ministry of Culture BEM PM Udayana University about Balinese professionalism that had been implemented for six months previously. The activity aimed to increase public awareness about Balinese professionalism in the global era.

The activity Registration started at 08.00 WITA and the opening series started at 09.00 WITA. Two speakers in the activity were Gede Kamajaya, S.Pd., M.Si. (lecturer from FISIP Faculty of UNUD) and Putu Gede Asnawa Dikta (youth activist for the preservation of local culture). The activity was attended by 150 participants consisting of undergraduate students, graduate students, and lecturers as well as general. The activity was first conducted in 2017 which had previously been through the study by the Ministry of Culture BEM PM Udayana University. The committees of the activity were 20 people with the preparation of approximately one month. Although, there was a problem for place, yet the activity could conduct well in accordance to the plan.

Muhamad Mochdar, as chairman of the committee felt quite happy because the whole range cooperated well for the realization of the Kara Literature Seminar. "I look forward to many other cultural discussions that can be reviewed for the next year", he said.

"It is very useful, we become aware of how to arrange the time between college or work with the feast day, means, we can know more of which direction should be prioritized first. As a student, we have to explore the potential of our region to be better known and able to benefit", said Widya, one of the participants of the activity that come from the Faculty of Economics and Business. (fai)