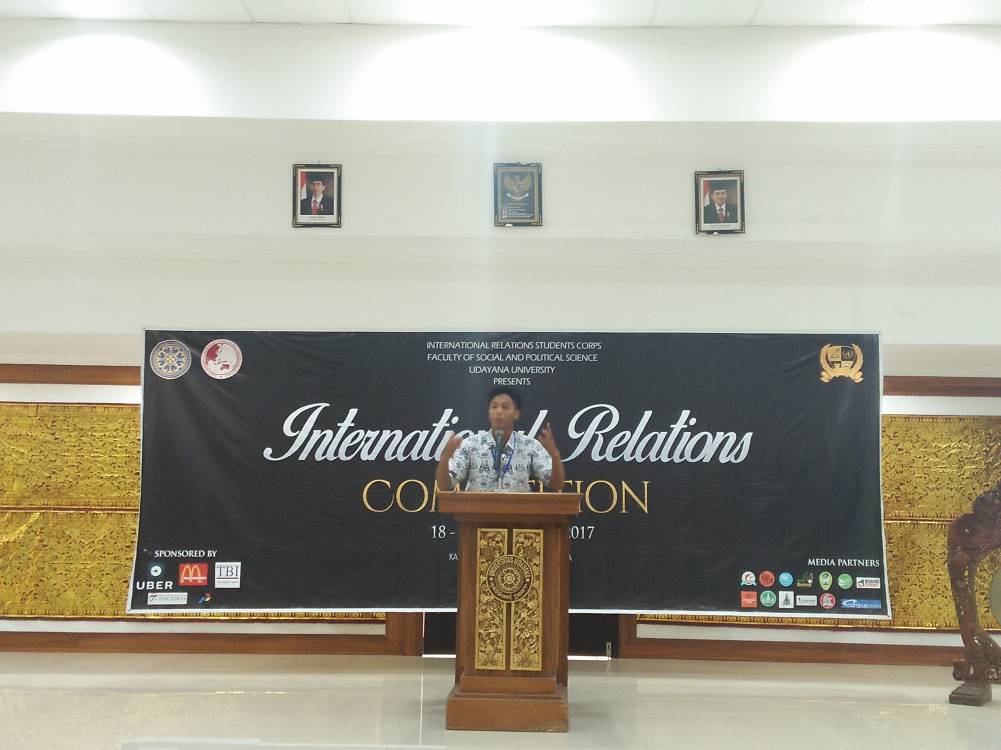 Held at Nusantara Room, Agrokompleks Building, Sudirman Campus, Denpasar had been being a speech contest by one of the contestants

"The competition is definitely aimed as one way to raise awareness of young generation in the issue of international relations, and as well as to introduce International Relations Program of FISIP Unud among SMA/K." said Teresa Antania as Chairman of the IRC Committee.

Gender topic selection in this competition is because Gender is placed as number 5 and based on Sustainable Development Goals (SDG) that has been established by some countries in the world through UN, so it is important to discuss.

The implementation of this Competition works in collaboration with Udayana Debat Society (UDS) as a jury team from debating competition, and there are some alumni and lecturers of FISIP who are also Jury in Speech Contest and Esai competition. (khania)