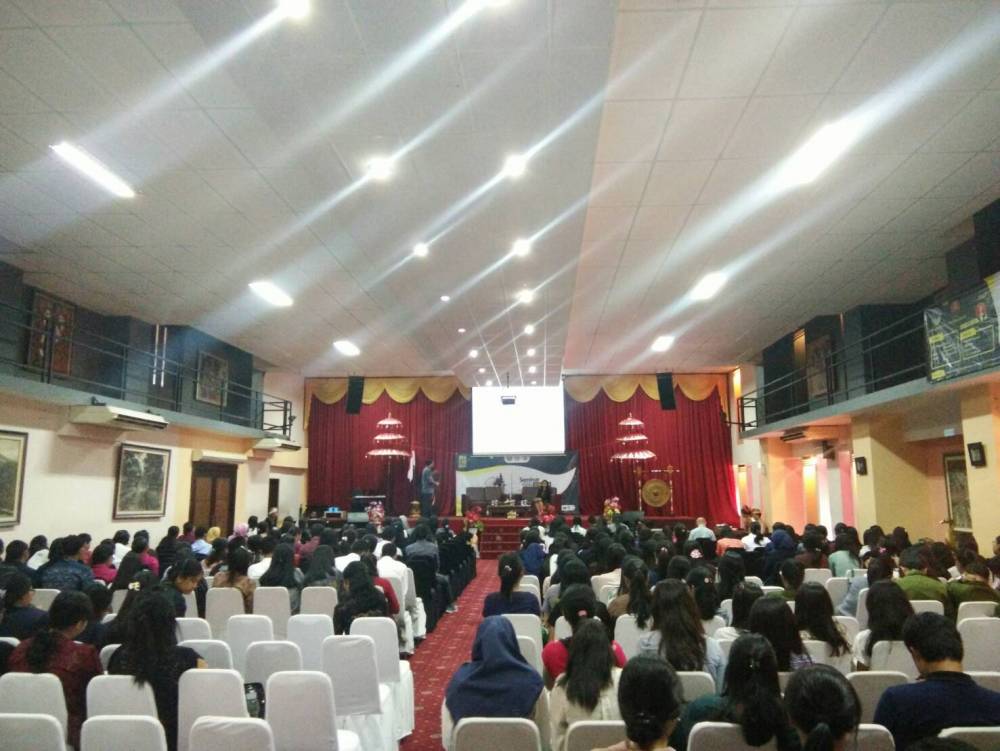 The atmosphere of the SOUND 2017 Nursing National Seminar

The seminar which appointed the theme "The Evidence Based Nursing of Stroke Management and Rehabilitation Programs Related to Nursing Care of Post-Stroke Patients" was held at The Grand Santhi Hotel, Denpasar. The speakers invited in the seminar were I Made Kariasa, S.Kp., M., M. Kep., Sp. KMB., PG. Cert who is one of the teaching staff of the University of Indonesia. He discussed on the application of Evidence Base Nursing in the management of stroke. Then there was also the next speaker namely Ns. Dewa Kadek Adi Surya Antara S. Kep., M. Kep., who is the Head of the Mawar Room of Sanglah Hospital Denpasar. The material that he discussed was about the role of nurses in providing nursing care to stroke patients, and the role of nurses in the provision of rehabilitation programs to stroke patients.

The participants who participated in the seminar were 277 participants who came from various scopes. They were the participants who were the health student, the participants who were not in the scope of health, and the general public. They were not only the participants from Bali itself but also from outside Bali. The seminar was formed like a general seminar, which there was an opening ceremony, choir for the opening performance, dances, and also a welcome from committees and the related institution, and also a gong beating as mark of the opening of the National Seminar SOUND 2017. Next, the seminar proceeded with the first session which materials were discussed by the first and second speakers then interspersed with a coffee break and also some entertainments. Then in the second session, there was a question and answer session with the speakers with the concept of discussion. The last but not the least, there were a door prize for the best questioner and a lunch session and then closed with closing.

Ayu, as one of the committees, mentioned that the seminar was held once a year and the theme appointed was disease or problems that were frequently happening nowadays, thus by inviting the speakers who were expert in this field, it was expected that the seminar could make the participants to know the interventions in the management of strokes which were certainly based on the Evidence Base Nursing and to know the rehabilitation program of post-stroke patients with the aim to improve the quality of life of stroke patients.