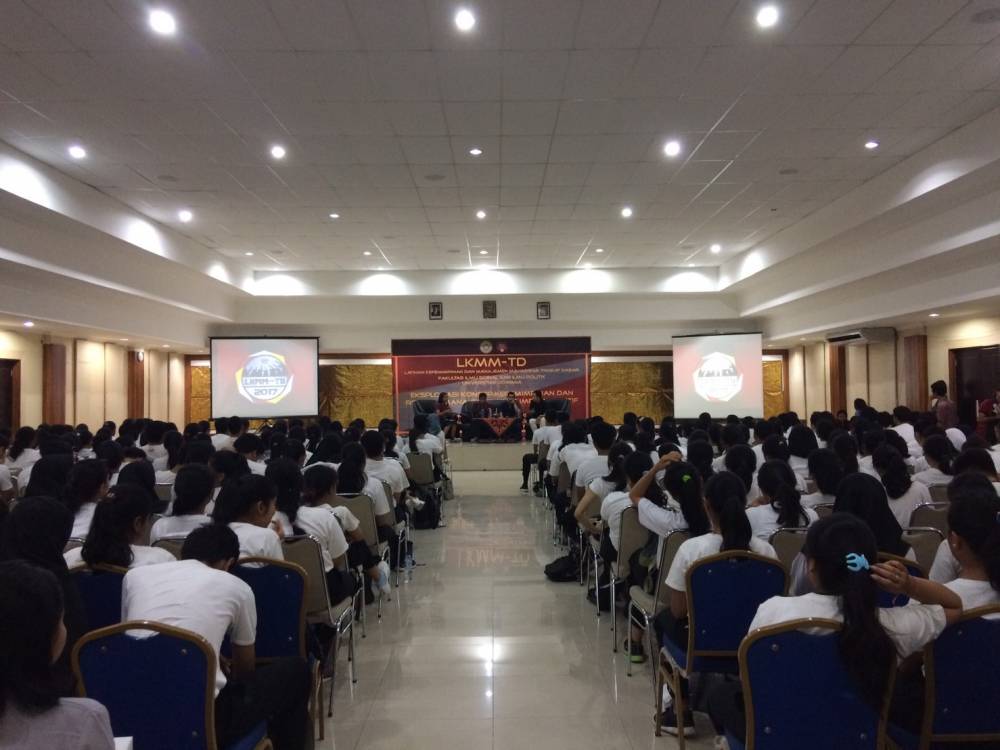 In order to provide a leadership training and basic managerial skills to the students of Faculty of Social and Political Sciences (FISIP), Udayana University, especially for the class of 2017, the Student Executive Board (BEM) of Faculty of Social and Political Science (FISIP), Udayana University held an activity entitled Leadership and Management Basic Level Training (LKMM-TD) with the theme “Exploration of Leadership Concepts and Implementative Managerial Reflections”.

The presenters who attended the activity were the Governor of BEM FISIP Udayana of the last three years period, namely Muhammad Zaenal Arifin, Adi Suardika, and Aang Putra Setyawan. The materials appointed by each speaker were about the concept of leadership and self-management. This activity was divided into three sessions. In the first session, there was a general stage which was presented by the three presenters. Then, the next session was proceeded with the presentation of grand design assignment and interspersed by a break session. Next, in the third session, there was class stage which discussed and analyzed the grand design accompanied by a mentor, proceeded by indoor games, awarding, and ended with closing.

The committees had done various preparations for the success of the activity. The preparations had been started by the committees since approximately three months lately. The preparations which had been prepared were the preparation for the committee formation, the concept drafting, the registration of participants, the division of the group, the assignment of participants, and the other technical needs for the activity. According to Hartari, as the Chairman, the activity was important to be implemented because leadership was the fundamental to live a life as a student, especially for the freshmen who would implement it to the student organizations such as HMPS, BEM, and the other student organizations. Before plunging into student organizations, it was important for students to be given a training and provision in advance such as the concept of leadership and its aims, so that students understood the concept of leadership and able to reflect it for life management, and was expected to form a cadre who was ready to become a member of student organizations. (Silya)