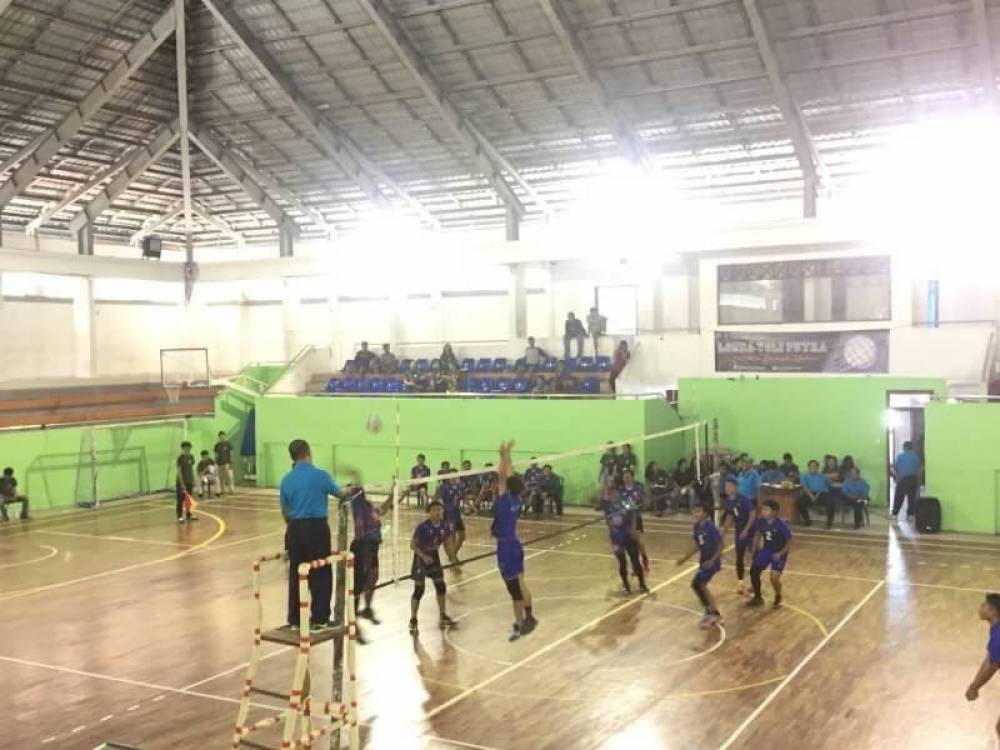 In this activity also involved DISDIK, DISPORA, PBVSI, KONI, KAPOLSEK, and KAPOLRES Gianyar. The jury who was brought in this match came directly from The National Volleyball Federation of Indonesia (PBVSI). This match scheme was enforced and the last technical meeting (TM) in the competition was continued with the knockout round by finding the best four teams, then entered the semi final, and in the end entered the final.

According to Sabrina, as one of the organizing committee, this activity was very important to be done. Given this activity was coincided with the commemoration of Youth Pledge Day, then this activity as well as a place to show sportivity. This activity tried to encourage the high school students to do positive things, teach a sporitivity, and show solidarity. In addition, this was a means for participants who participated to reflect themselves, with a sparring partner so as to know the extent of his ability and his opponent. As a form of appreciation for participants who regularly practice volleyball, this event is the appropriate competition for them to show their ability in volleyball. (Silya)