Emphasize the Education Character at 2017 BPSP 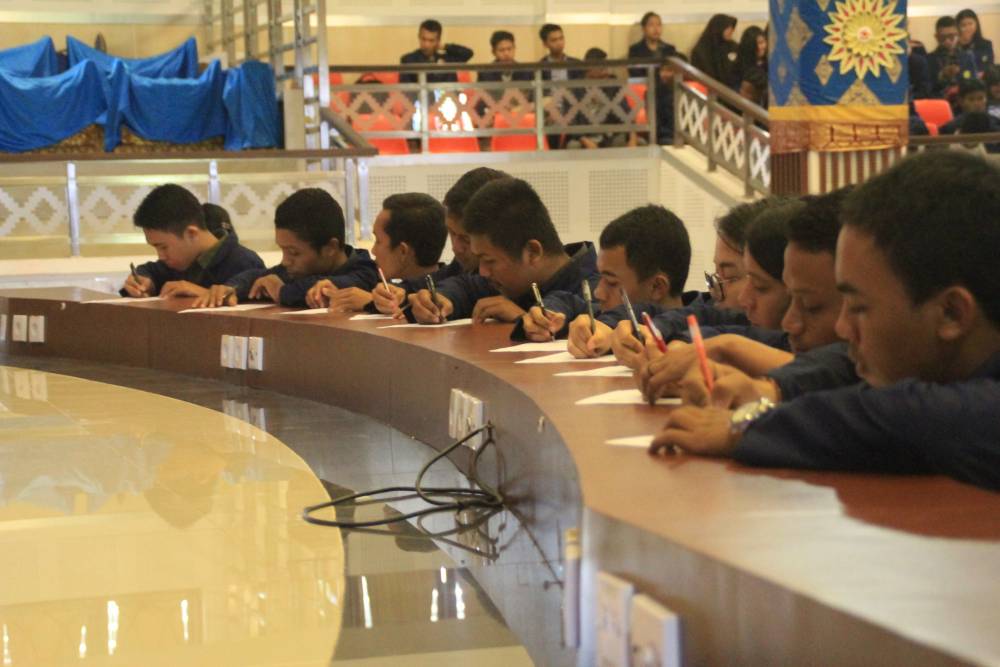 Ni Kadek Pande Aristiani, as the chief executive of this event explained the purpose of BPSP to give understanding and motivation to the new bidikmisi students of 2017. "In order for them (new students) to be able to plan their study activities at Udayana University in order to pass on time," she added.

According to Pande, as for things that become the focus of introduction of learning system this time is intellectual culture. "As a student not only smart from the academic course, but also must have a good character education. So that soft skill and hard skill can continue to be honed," she said.

When meeting after the event, the chairman of SME GBU of 2017/2018 period, Asriatul Hadi said that the mandatory activity every year is actually the work program of Student Affairs Bureau of Udayana University (BKM Unud). "It's just working with SMEs so that this activity is done by SMEs GBU," he said.

The activities which officially opened by Udayana University Student Welfare Section, marked by beating gongs. The core event of this activity is filled with two general stadium sessions. By inviting two speakers, namely Ir. I Nyoman Budiarsa, MT., Ph.D. as the first speaker who presented the tips on time management as the recipient of bidikmisi to pass on time. In the second material is filled by Muhhamad Nurul Yatim, S. IP by describing the tips and experience as alumni receiver bidikmisi graduated 3 years 8 months.

At the end of the event, the new student recipient of the bidikmisi sign the contract agreement by the faculty coordinator. The event, which was participated by 688 participants of the entitlement of bidikmisi scholarship in 2017 is closed with the introduction of GBU SME functionaries.

Pande hopes with the end of this year's BPSP event, hopefully in the next year it can take place again with a better event. "And can give new innovations to motivate the new bidik misi students," she said.

On the other hand, the general chairman of SME GBU who is familiarly called Ayin tells information about bidikmisi can be accessed through social media. Such as official account Line, facebook, and instagram. "In addition to information, through this account, students can convey issues related to the process of disbursing the rights of students receiving bidikmisi. So the problems can be quickly addressed ", he added. (Juni)