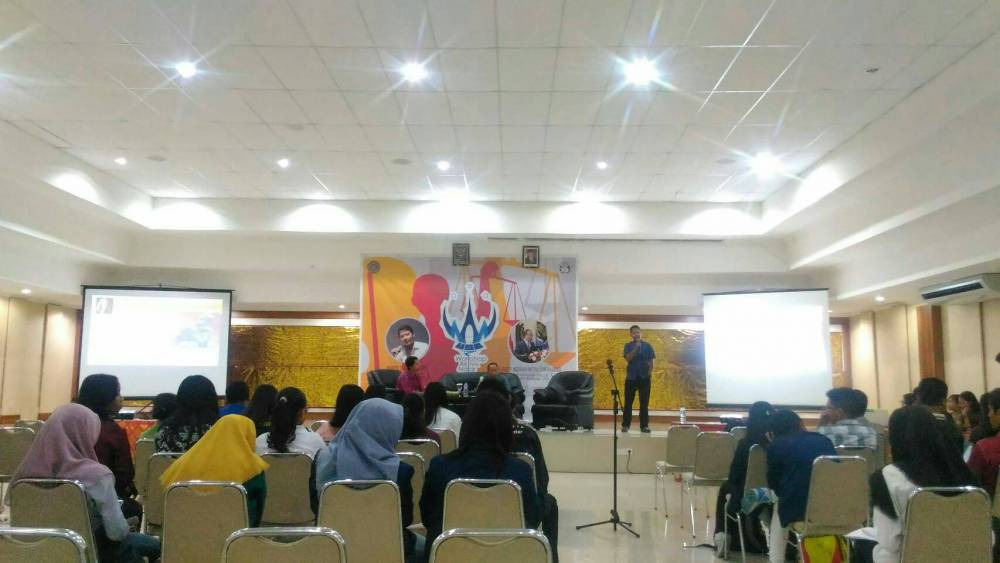 Denpasar-Sunday (15/10), Udayana Science Club Student Activity Unit (UKM) held a student workshop with the theme "Dissecting Subak System by Ontology, Epistemology, And Axiology and Its Prospect of Application in All Aspects of Life". The workshop which was attended by about 60 new students from Udayana University and some students of Bali was held in Aula Nusantara Agrokomplek Building on the 4th Floor, Sudirman-Denpasar Campus. This five-hour event starts at 09.00 WITA until 14.00 WITA and was divided into two core series activities. The first core sequence was briefing containing the seminar session by the speaker and the question and answer session. As for the second core activity series is filled with Focus Group Discussion (FGD) session.

The event, which was chaired by Arliyandi (Mechanical Engineering Student 2015) was implemented with the aim of the vision of Udayana University to be an institution of higher education that produces superior human resources, independent, and cultured. In addition, this activity is also intended for the introduction of SMEs Udayana Science Club widely among students.

In the implementation of the first core activities, the committee has brought two speakers, namely Wahyu Budi Nugroho, S.Sos., M.A who is a sociologist of Udayana University and Dr. Ir. I Gusti Ngurah Nitya Santhiarsa, MT as Lecturer of Mechanical Engineering and Balinese Culture.

During the debriefing session, one of the speakers is Wahyu Budi Nugroho, S.Sos., M.A as the Sociologist of Udayana University tried to explain his presentation material about how to take position of local wisdom in modern science. This refers to the dominance of modern science in the lecture bench so it is as if local wisdom or local knowledge born from society and has existed for hundreds of years lack of space. From the presentation of the presentation is concluded that if modern knowledge can be incorporated with local wisdom that exist in the community. From that conclusion, Wahyu Budi Nugroho, S.Sos., M.A expected that Udayana University students will be able to start paying attention to local wisdom and menglmiahkan local wisdom. 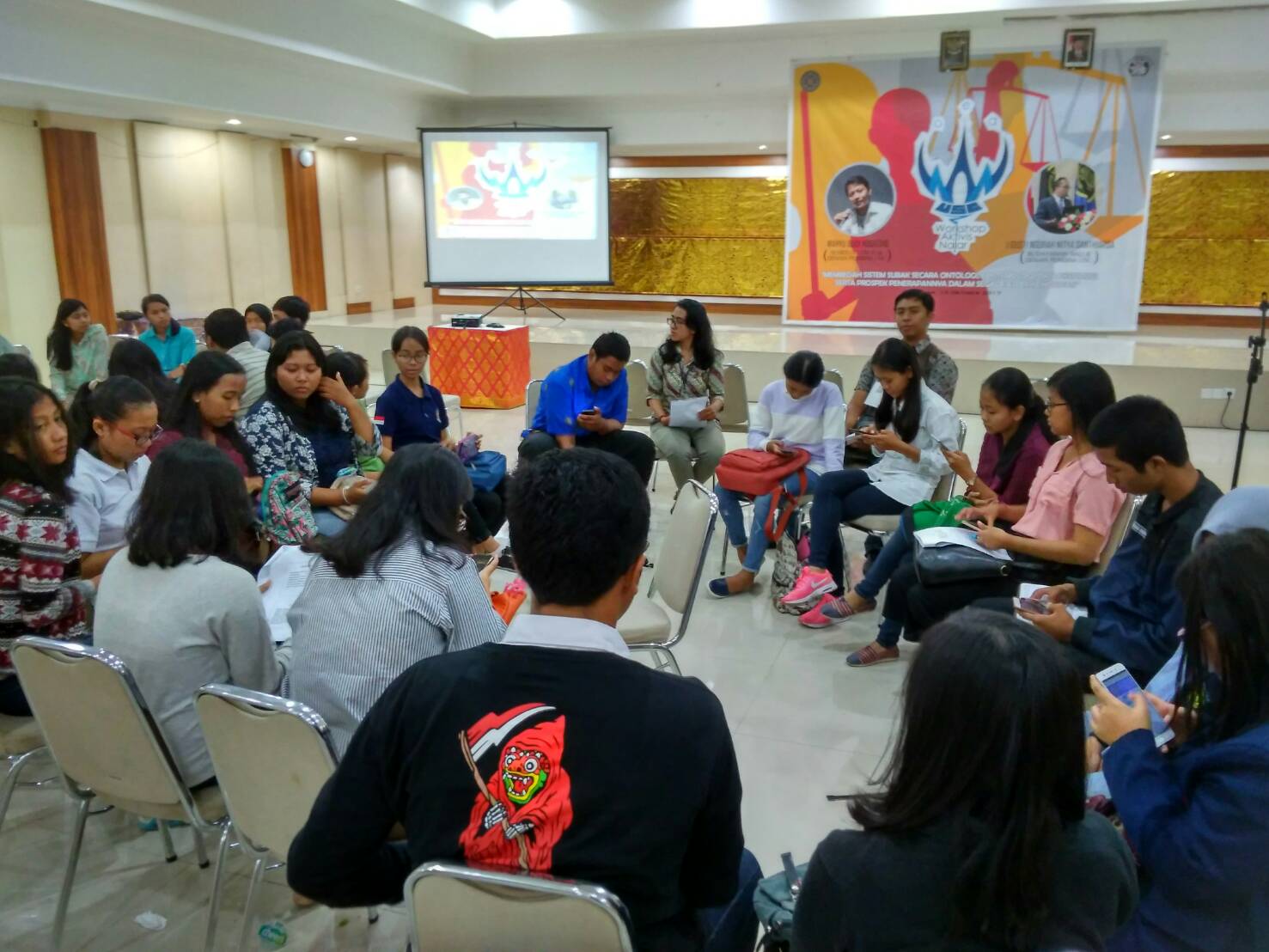 After the completion of the first core activity of debriefing, the participants moved to the second core of the Focus Group Discussion session. In this activity the participants are divided into three major groups that discuss about a problem in society. After each group's 50-minute discussion, the group representatives were given the opportunity to present and debate with other groups about the truth of the results of each group's discussion.

At the end of the interview with the chief executive, Arliyandi hopes that the participants can implement the knowledge gained during the workshop. In addition, it is expected that the participants will be able to create quality papers from the discussions that have taken place. (pratama)