LEARN JOURNALISTS, THROUGH SEE THE FILM 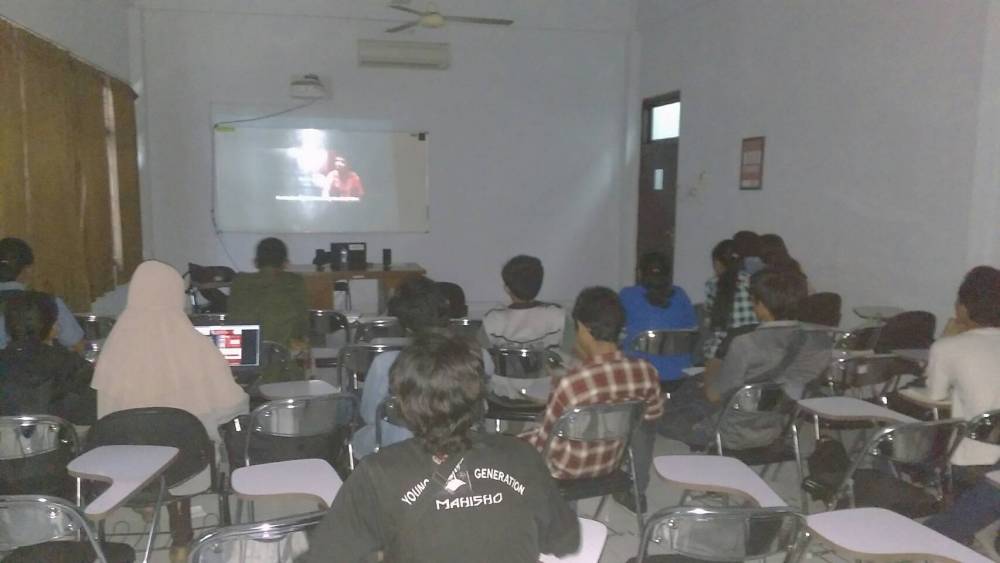 The atmosphere at the “watch Kanaka event” in Goris Building Udayana University Faculty of Cultural Science.

Denpasar – Friday (06/10), at 15:00 pm, in room 5 of Goris Building Faculty of Cultural Sciences Udayana University seemed filled by dozens of students. They were watching Peter Weir's "The Years Living Dangerously" film released in 1983. It was being held by Nobarka (watching Kanaka) organized by KANAKA Student Press Institute as one of the learning methods in the field of journalism.

"The film tells the story of the adventures of an Australian journalist who was assigned to cover the situation in Jakarta in 1965, before the G30S. The objective is that the participants who participated in this Nobar event, especially Kanaka members know how a journalist works, faced in a difficult situation even to bet his life just to get an objective news and not one-sided "said Deo Agung Prakoso Kanaka's chairman.

Not only Watch together, but LPM Kanaka has also produced many papers. One of them is print media such as magazine, bulletin and mading. Learning to write is not always by reading books. But it can also be done by watching a movie."My hope of the implementation of this watch together event can trigger the sense of curiosity towards the job as a reliable journalist, as well as encouragement for colleagues LPM Kanaka members to be able to issue revolutionary progressive works in order to restore the hegemony of LPM Kanaka as before in the Faculty of Cultural Sciences . "He said again. (Ism)