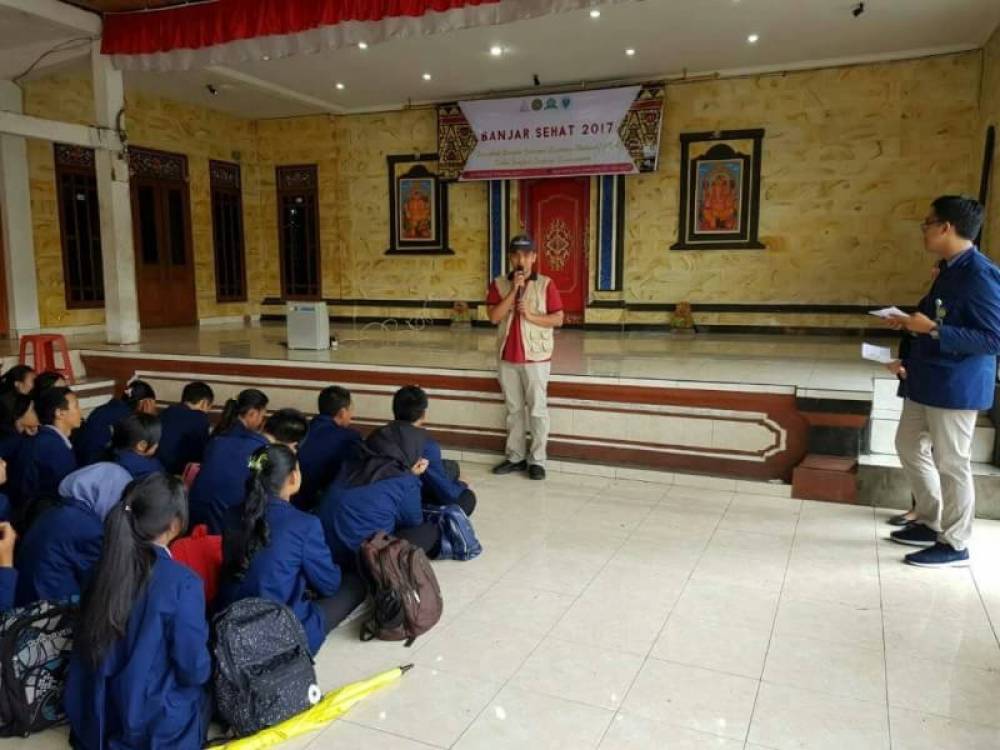 The atmosphere at the beginning of activities Banjar Sehat 2017

In order to carry out the annual work program that is usually done by Public Health Student Association (HMKM) Udayana University, then held an event titled BANJAR SEHAT 2017. This year activities Banjar Sehat by Udayana HMKM this theme "Know the National Health Insurance (JKN) Closer To Creating a Healthy Banjar ". According to Devi, as Chairman of the Events Committee, the reason for the theme is because there are still so many people who are still afraid to check the health because they think will cost a lot.

Activities held in two days long since October 7 to October 8 has previously conducted workshop activities to provide the briefing for each implementer of the activities before going directly on the day H activities. This workshop was held on 2 and 3 October 2017 at Udayana Medical Faculty. The workshop was filled by Desak Putu Yuli Kurniati, M.KM who is also a lecturer of Udayana Community Health Studies Program itself. He communicated on how to properly communicate information. And not only that, the representative of the Social Security Administering Agency (BPJS), namely Dr. Kikik also delivered material in the Workshop with material about the National Health Insurance (JKN). 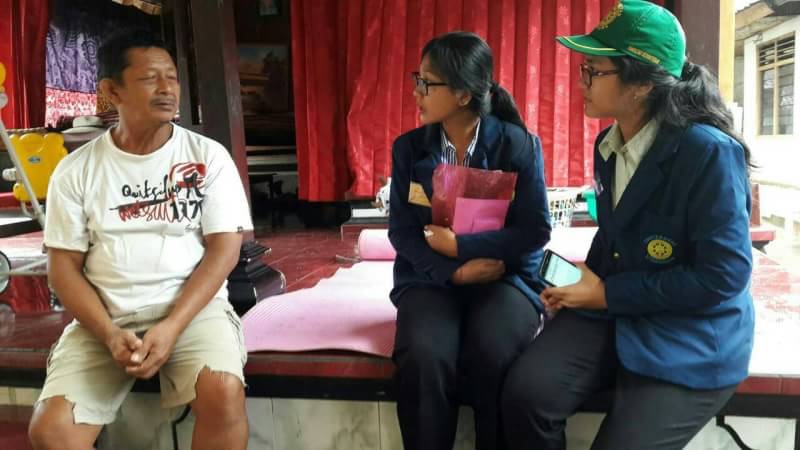 The invitees who attended the "healthy banjar" event included the Head of Public Health Study Program of Udayana Medical Faculty, Secretary of Public Health Studies Program of Udayana Medical Faculty, several Lecturers of Public Health Study Program (PSKM), Head of Meliling Village, Kelian Dinas in Meliling Village, representatives of BEM FK Udayana, and representatives of Chairman of HMKM FK Udayana. In the beginning, the opening ceremony was marked by a speech filled by the Chairman of the Committee, Chairman of HMKM, Chairman of BEM, local Village Head, and of course Kaprodi PSKM FK Udayana.Kegiatan divided into two days long it consists of 10 groups. Where on 7 October was conducted by groups 1 to 5, and on the second day carried out by groups of 6 to 10. The concept of this activity is in the form of counseling and also charging by citizens. Counseling is done by door to door system or from house to house in four banjar in Meliling Village, Kerambitan, Tabanan. The contents of the counseling carried out by the participants of the activity is about what is actually the National Health Insurance (JKN), the benefits of using JKN, registration procedures, service procedures, and the rights and obligations of JKN users.

For the sake of continuity and effectiveness of the activities running smoothly, the organizing committee, of course, has done a variety of preparations that are time-consuming. The organizing committee has prepared all the needs of the activity during the last three months, where the committee opened the recruitment committee, coordination meeting with the committee, lecturer, and also the BPJS, the technical requirement on the activity day, choosing the location, time, and theme. "We feel this activity is important to keep doing. Because there are still so many people who refuse to check their health, afraid to seek treatment for fear feels overpriced. In addition, as well as train students softskill participants to be able to go directly to the community ", said Devi. (Silya)