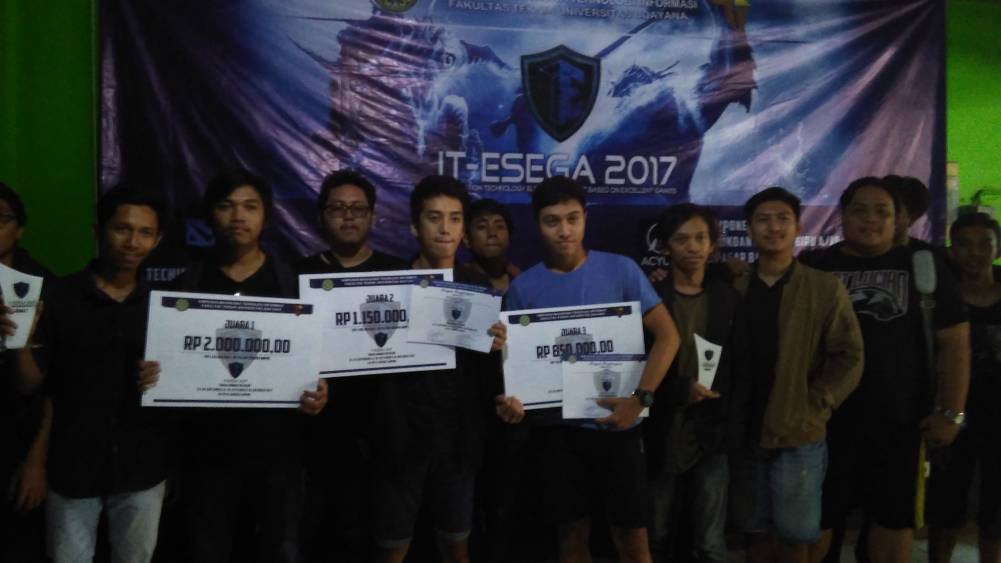 Photo Session with the Three Winning Team in IT-ESEGA 2017

The preliminary round was held on 23rd-24th of September 2017 with 43 teams, each team consisted of five-man core players and two reserves. Then continued with the big eight round on September 30th, 2017 and the struggle for the top three was held on October 1st, 2017. The organizers in this activity amounted to 44 people with the preparation time of approximately 3-4 months. Although it was constrained by a narrow parking area, but this activity ran in accordance with the plan. The three teams that won in IT-ESEGA 2017 were ABG TEAM as the first winner, Udayana Engineer as the second winner, and DIOS as the third winner.

The Enthusiasm of Participants in IT-ESEGA 2017

Made Wira Marta Cahyadi, the chairman of the committee in this activity claimed to have a lot of experiences. In addition he hopes next year to be even better. "If it is available in Bali, the game tournament can be added again", he said.

Andre Prasta, one of the team members from DIOS has attended this activity for three times. "The show is very exciting and improving electronic sports in Bali. The hope for next year it to propagated the slots and the number of prizes could be added", he said. (fai)