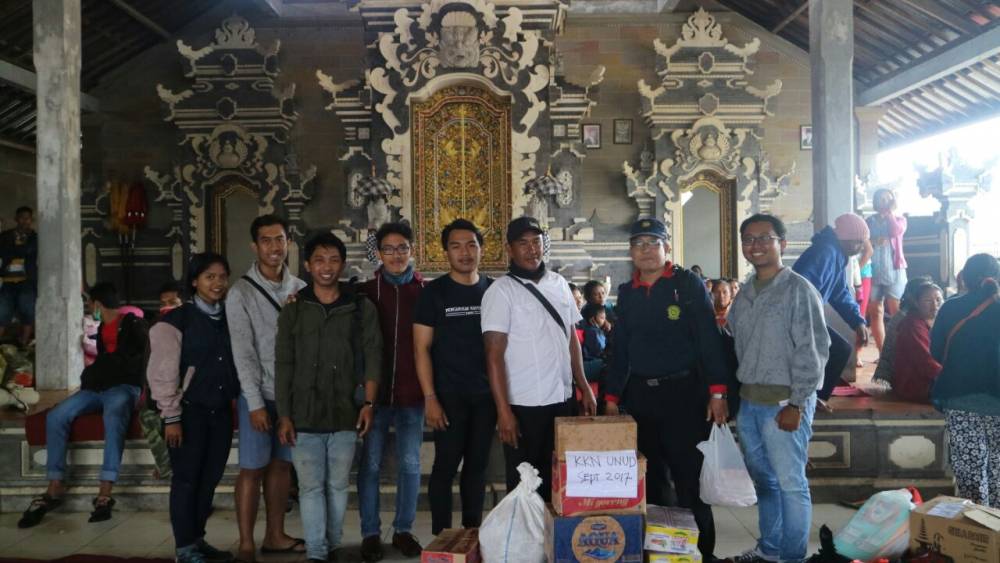 Rising volcanic activity level of Mount Agung from alert to be aware makes the Balinese people move to participate in assisting of giving donations. Udayana  University students also participate in this activity.

Observed at the refugee camp in Pengotan village, Bangli. Udayana students mingle with refugee children to entertain them.

“We are here as volunteers to entertain the children, they will surely feel bored if not consoled, last month we got a place of KKN in this village, so we become volunteers here "said Agung Keranian who became the coordinator to entertain the children. They also opened donations for refugees in Pengotan village. The donation will be submitted later on Saturday 30 September 2017.

There are about 1600 evacuees. The refugees are many from Rendang village. This amount can increase because of the morning and afternoon many people back to their village to feed their farm animals. At night they returned to the evacuation post.

On the other hand, the refugees who will be assisted by LSM, have the plan to borrow Udayana university land in Pengotan village to be used as a refuge for their farm animal. Because they are worried about their farm animal that has been saved for years. This is revealed when Prof. Suarsana committee chairman of KKN-PPM XV Udayana visited bring the donation to evacuation post. (et) 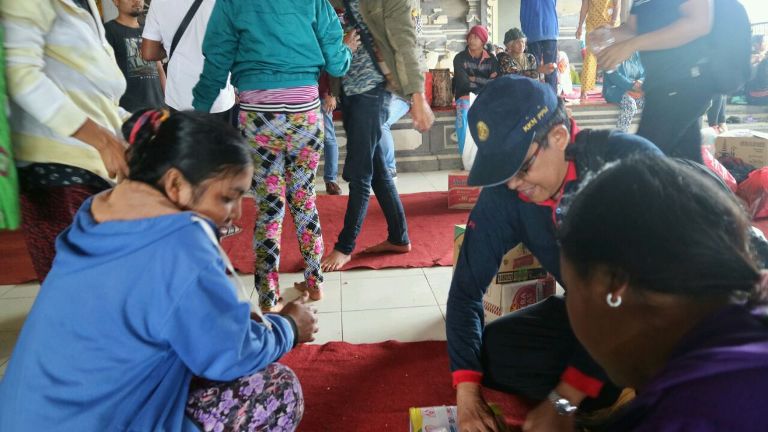 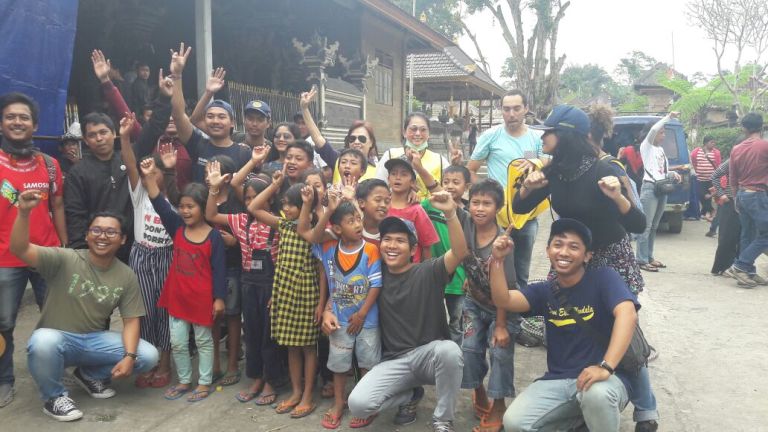 Joyful of children after being invited to play (dok) 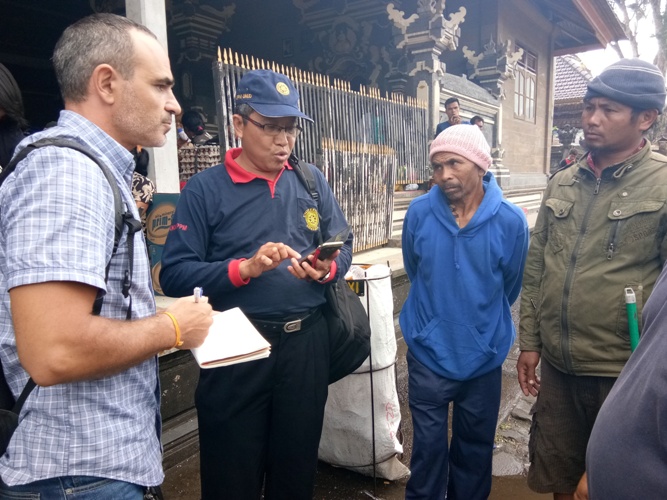