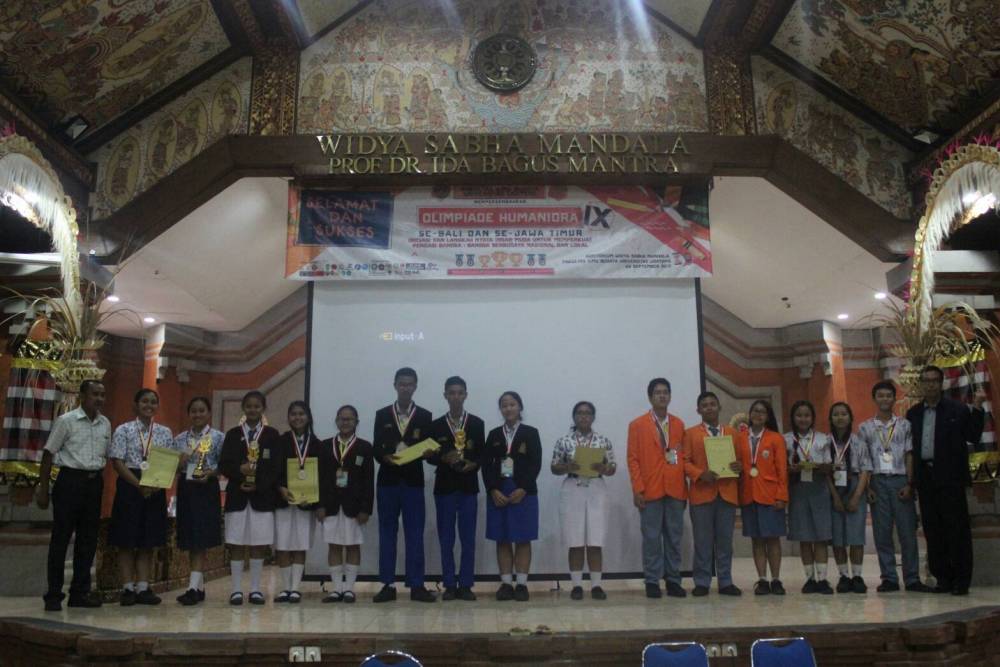 (The winner of the Olympic Games)

The competitions were held are Balinese Poster Picture Contest, English Speech Contest, Indonesian Essay Writing Competition, and Scientific Writing Competition. The purpose of this Olympics is the creation of creative and innovative ideas, especially for junior high and high school students to be embedded with a sense of pride in having a culture that is both national culture and local culture and they also have a sense of pride in using their own cultures, such as art, language, and others.

“At this time we see a shift in the use of the Balinese language and Indonesian language, seen from how they (the teenagers) are more proud to use foreign languages, so the emphasized of this event is, we want to create a sense of pride in the use of language and culture of the State itself, "said Eva as chairman of the committee of the study program of English Literature 2015.

This Olympics was followed by a total of approximately 100 participants. The Olympics has been well-prepared for about three months. (siva)