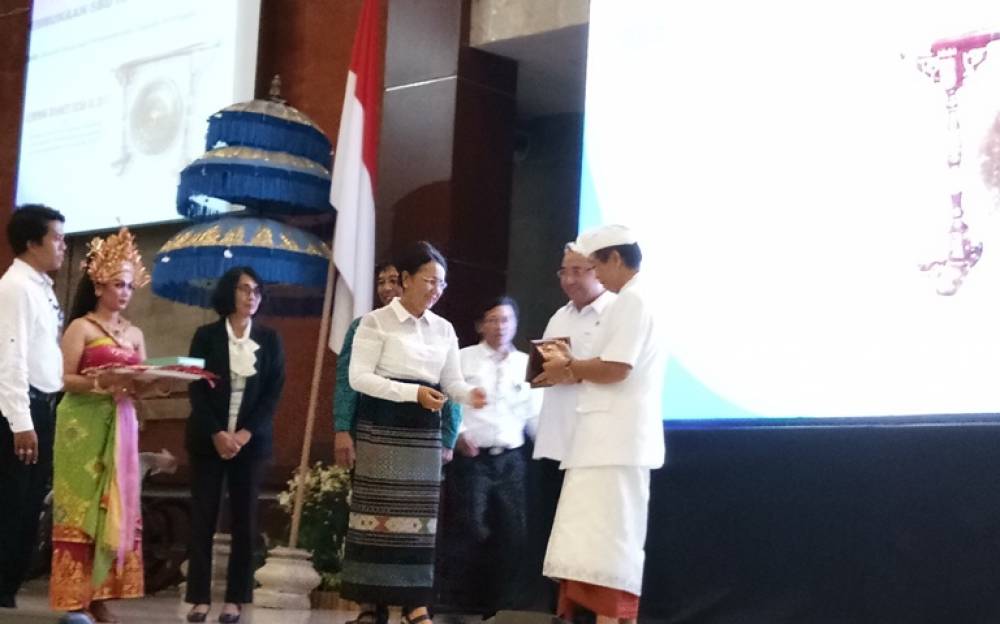 The third national seminar of Bhakti Desa was held back on Friday (22/09). The seminar which annualy held by LPPM Udayana University, had planned will bring the president Joko Widodo as a speaker at the same time the seminar opened, but unfortunately the president canceled to attend. The President who originally planned to present was represented by the Minister of Village, Development of Disadvantage Regions and Transmigration, Eko Putro Sanjojo. Although the president was unable to attend, thousands of students and invited guests were seen enthusiastic in following the seminar. The theme that was raised was ”Together with Udayana University Build Village Through the Empowerment Community for Welfare and Destruction of United Stated of Republic of Indonesia.

In remarks of Udayana University Rector, A.A Raka Sadewi, said that through this seminar, Udayana plays a role in accelerating the achievement of national development to alleviate poverty. The concrete form of government in poverty alleviation by providing direct funding to accelerate the growth of development, raises the phenomenon of concern in the village apparatus. Many are afraid of using village funds because of the lack of skill in managing and budgeting, causing misalignment in village funding.

The speakers in the third Seminar of Bhakti Desa, was the first from the Secretary General Ministry of Village and Development of Disadvantaged Regions and Transmigration, Anwar Sanusi. The second is General Director of the Balancing Financial, Dr. Boediarso Teguh Widodo. The third speaker is the KPK Research and Development Director, Wawan Wardiana. The last one is from ICW, Ade Irawan. Participants who attended around 2500, consisted of the entire head of village in Bali, customary people, NGO, Udayana University senate, students and lecturers. (et)