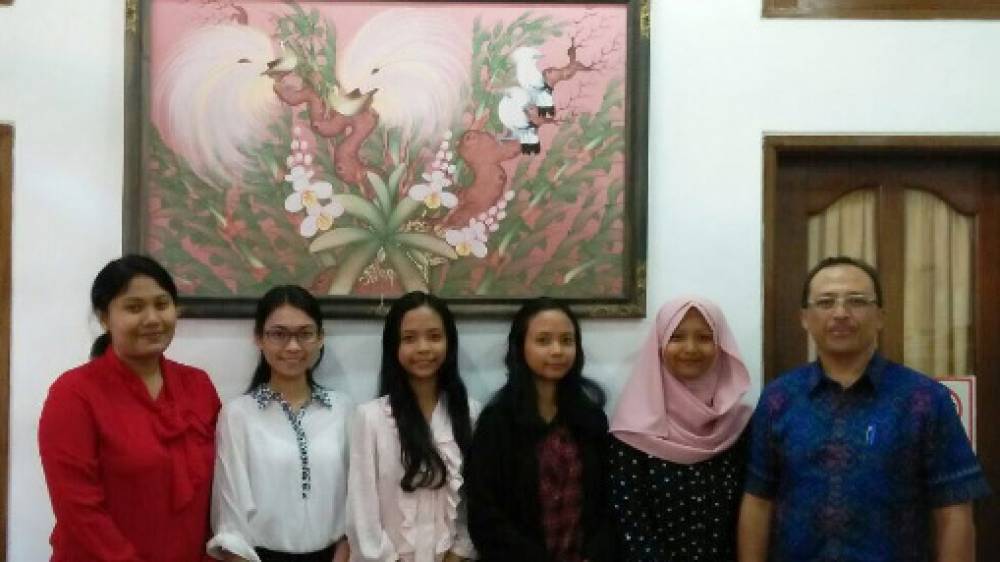 Denpasar - Wednesday (20/09), Students of Japan Literature Study Program, Faculty of Cultural Knowledge Udayana University won a scholarship for one year in Japan. They are Komang Yuni Anggrawati, Made Yani Anggrawati and Yumadia Utami. They succeeded in obtaining a scholarship at Ritsumeikan University (Utami), Shizuka University (Yuni), Kobe Womens University (Yani) after participating and passing the MEXT (Ministry of Education, Culture, Sport, Science and Technology) which is a direct program of the government of Japan.

"I have to follow several selection stages to be able to pass this scholarship by government of Japan, starting from the file verification, written test, interview test and the last one is test from MEXT directly. If we pass from MEXT, the institution immediately recommends to the university that concerned, if the University accepts, then it is declared to be passed"said Utami.

In addition to written tests and interviews, Japan literature students must also pass through the interviews by using foreign languages, such as English and Japanese. In addition, they also have to make hand writing by using Japanese language. This is not the first time that Japan Literature Study Program has succeeded in delivering students to Sakura Land. Earlier, the Japan Literature Study Program has also delivered the students to join Study Exchange in Japan. Exactly one year in last August, Putu Citra Arisuta went to Japan. Now she has returned home to Indonesia.

"In Japan, I do not just only learn the language through the pronunciation, but the eyes (sight) and ears (hearing) also run directly. I am very grateful to get the scholarship in Japan, because with the scholaship I can improve my Japanese level which later can facilitate me in finding a job "said Putu Citra when giving the impression after studying abroad. (Ism)