THE ROLE OF STUDENTS AS UPHOLDER OF FOUR PILLARS 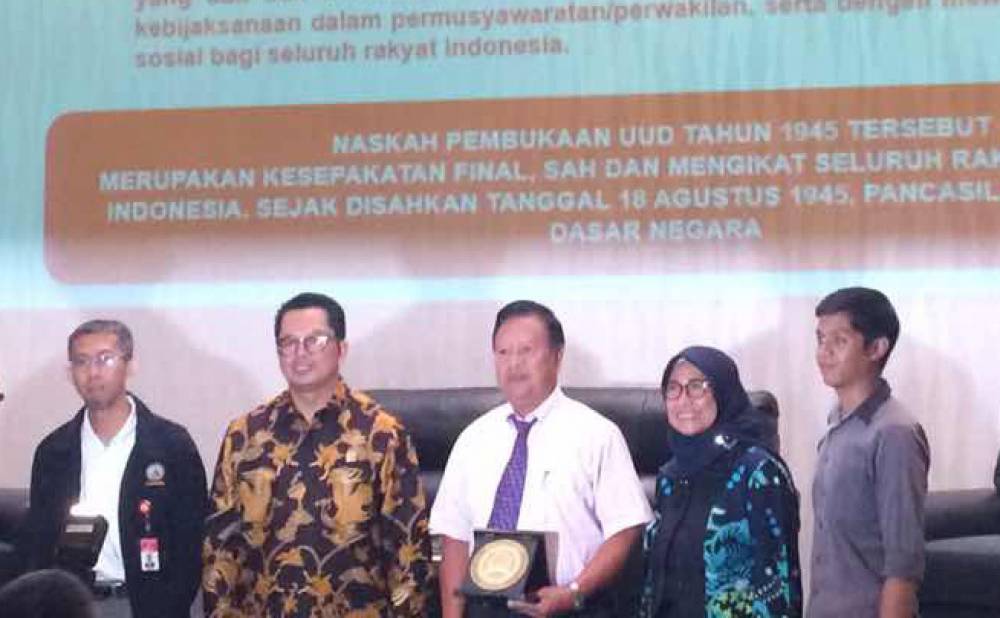 H. Mahyudin, ST., MM with Prof. I Made Sudarma, Nanang Mubarok, and Anang Putra Setyawan the Chairman of Student Executive Board, Faculty of Social and Political Sciences, Udayana University.

Jimbaran - Wednesday (20/09), the People's Consultative Assembly of the Republic of Indonesia (MPRI-RI) in cooperation with Student Executive Board of Faculty of Social and Political Sciences held socialization of four pillars. The annual event of MPR-RI this time was attended by Udayana University precisely in Institute For Peace and Democracy (IPD) building.

"I am very pleased to be working with the MPR RI in organizing the socialization of these four pillars," said Anang Putra Setyawan as the chairman of Student Executive Board, Faculty of Social and Political Sciences.

"As what we know, the four pillars in the life of nation and state in Indonesia starting from the Constitution, Pancasila, and United Stated of the Republic Indonesia (NKRI) has become the identity of the nation. The purpose of the implementation of this activity is that the Indonesian must know what the four pillars are and must practice it in everyday life. Not only we are as social students but all of our friends who attend here can receive this socialization material well and can be practiced directly in campus life and daily life. As a student, it is fitting that we are in a strategic position in defending these four pillars" he clearly explained when giving a speech.

The Socialization of the Four Pillars seems to have become an annual event that students are always waiting for. About 400 participants ranging from students attended the IPD room. "Student enthusiasm is very high, seen with the hall that has been crowded and even some are willing to get outside because of not getting a seat. It proves that the desire of students to better understand about the four pillars is very up.", said Fani Handika, student of Sociology Udayana University 2015. 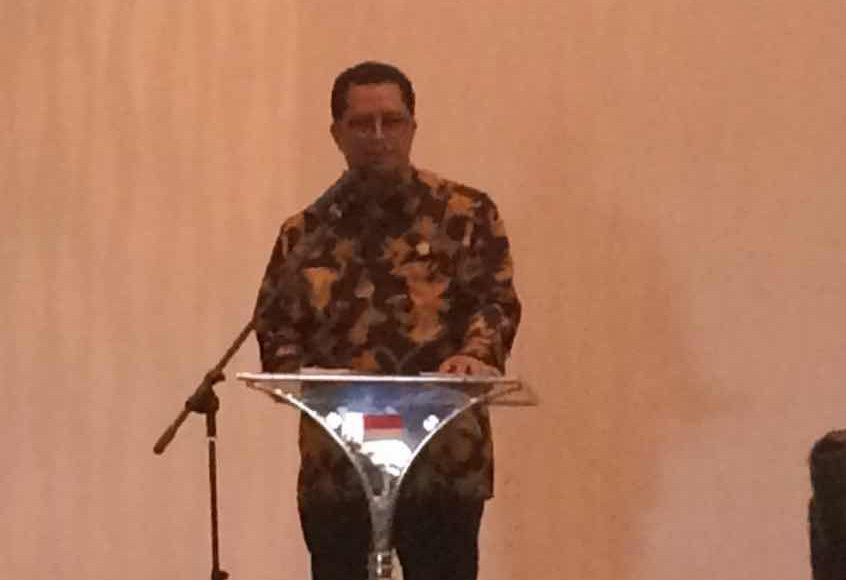 In addition to the vice chairman of the MPR RI, was also present the speaker from Ombusmand, Nanang Mubarok who explained about the potential of Indonesia. He explained that Indonesia is one of the richest countries in the world, which is why many overseas peoples to be colonized. But, on the basis of a sense of unity and unity of the people of Indonesia then Indonesia can be independent. "I hope the young generation as the nation's relay holder will be able to optimize the resources owned by Indonesia, both natural resources and human resources" said Nanang at the end of the giving of materials. (Ism)