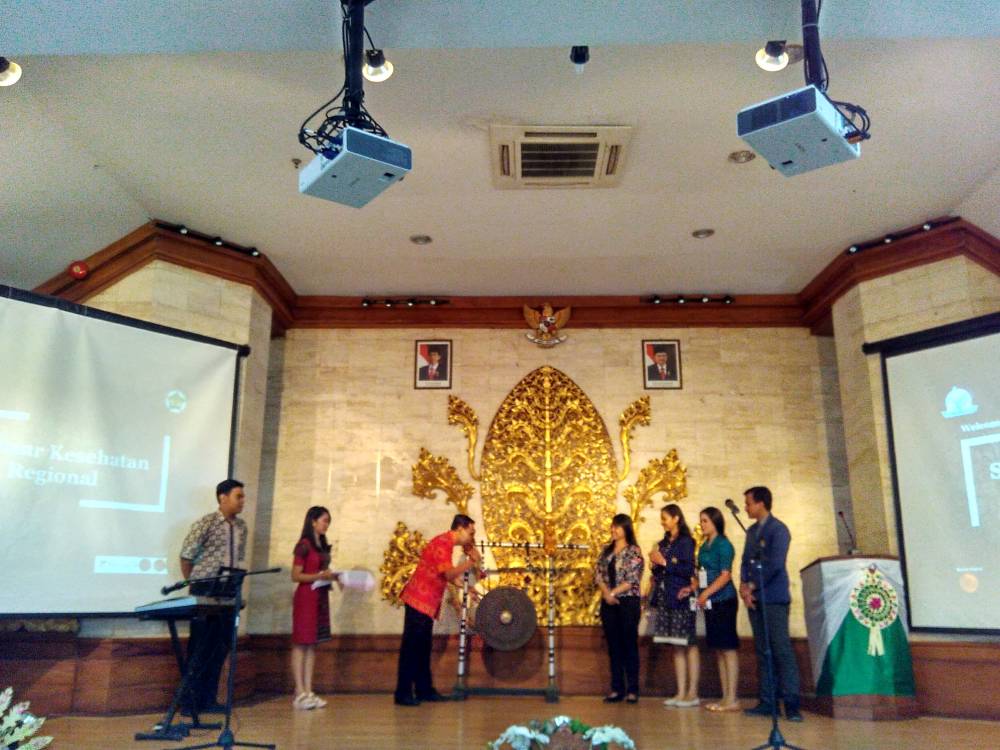 The opening of the National Seminar "Nursing Role in Fluid and Electrolyte Management" by the vice dean III of Faculty of Medical Udayana University.

Denpasar – Sunday (10/09), Nursing Student Association of Faculty of Medical Udayana University held a regional seminar with the theme "Nursing Role in Fluid and Electrolyte Management". About 200 more participants attended and filled the bench at the Doctoral Building of Faculty of Economics and Business. Not only medical students Udayana University, but also attended by various Balinese high schools. Such as Health Polytechnic Ministry of Health Denpasar and Bali Health Sciences College.

"The participants reached 200 students. And they come from various colleges of Balinese high schools like Denpasar Polytechnic and Bali stikes, "said Medin, one of the organizing committee of HMIK Unud Regional Seminar.

This activity was opened in a vigorous manner by the Vice Dean III of Faculty of Medicine Udayana namely Dr. Dr I Made Jawi, M.Kes. In his speech, he said that the role of nurses is very important. In relation to the theme of this seminar which deals with liquids and electrolytes, the role of nursing in the administration of fluids should be in accordance with the dosage and of course the SOP. “Patient discharge is one of the most important components of nursing science. The liquid is very important one drop is very valuable for the patient, ten drops can be deadly. Excess fluid is dangerous, lack of fluids as well. And this is where the role of nurses in electrolyte management "said Dr. Dr I Made Jawi, M.Kes.Besides attended by Vice Dean III, this seminar was also attended by competent speakers such as Ns. I Made Suidrayasa, S.Kep., M.Kep who is a Lecturer of Nursing Science and Ns. I Putu Artawan, S. Kep, the head of the Critical Care Indonesia Nurse Association (HIPERCCI) of Bali. 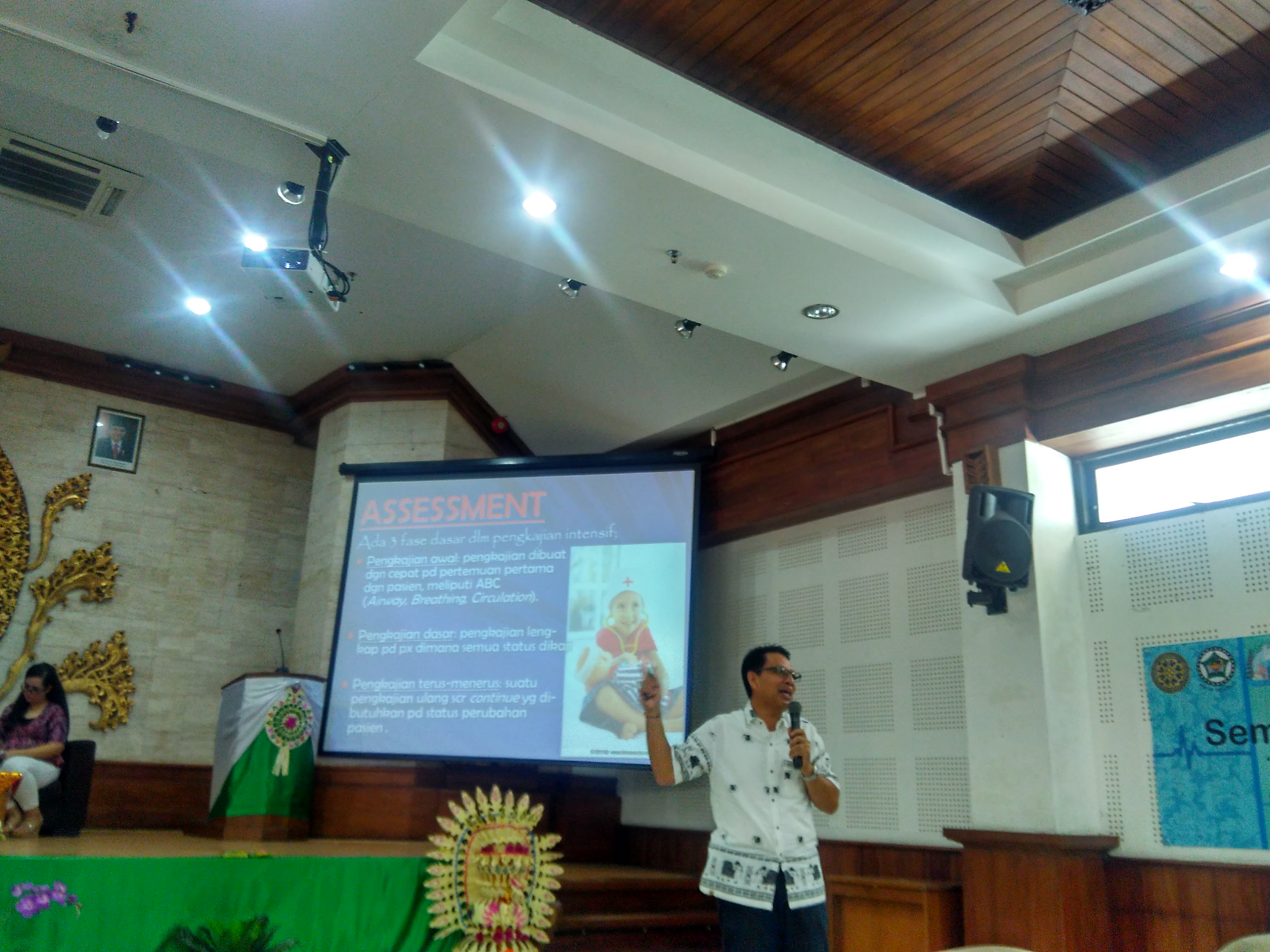 Ns. I Putu Artawan, S. Kep, when give the presentation of regional seminar “Nursing Role in Fluid and Electrolyte Management”