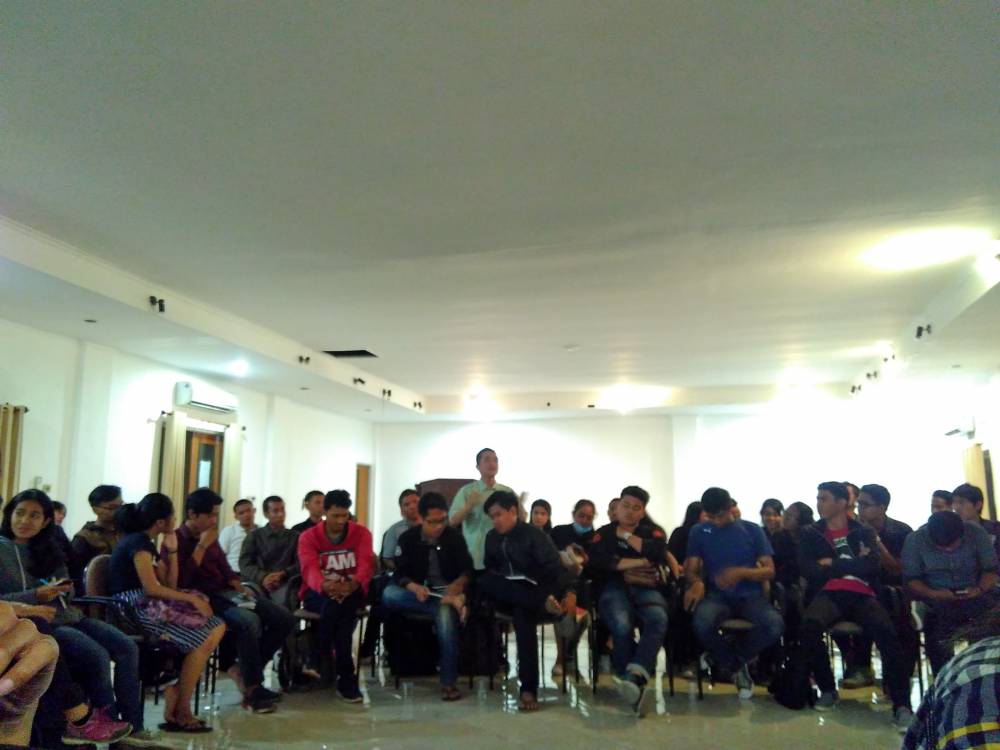 Denpasar – Monday (04/09), After the passing of Student Day and PKKMB 2017,  Udayana students have started entering the new semester in this year. For new students, today is the first lecture after attending the various introduction of campus life both at university and faculty. Of course, many new things can be obtained when new student following the first lecture. Not students in high school anymore, yet they have become University students now, the highest level of students. With different designations, the burden must be different. Become University student not just go to college and go home after finishing it, yet you must sensitive to the problems that exist around you.

As a University student should be sensitive with the problems that exist around him. Many of them just complain and demand without giving solutions with the problem. It may be that some of them do not know where and to whom they should aspire to these complaints. Following up on the matter, Student Executive Board (BEM PM) in cooperation with Student Legislative Board (DPM) and the organization student of faculty at Udayana University held a scholarship discussion in the Student Center building by inviting all elements of Udayana student.

Although not all of the academic community unud came, yet, the discussion continued to discuss the obstacles in each faculty. Even this discussion had heated up when students argue with each other. But everything can be controlled by formulating solutions to solve the problem.

From the results of the student discussion, some student told some obstacles they encountered while attending lectures at Udayana campus, such as there are many numbers of students in 2017 which makes the learning process less effective, less room, lack of lectures, and limited projector.

"The beginning of the lecture is fun, but there are some things that make me a little constrained when following the class, the number of students was approximately 70 students and it was taught by one lecturer. With a large number of students exceeding that capacity, I do not think the teaching will be effective, then also in terms of projector equipment is too small and limited. I am thinking how if one class with another class equally requires a projector. Yet we already pay UKT should things be adjusted according to existing conditions "said Haksila new student of Unud.

Through this discussion of student affairs, the constraints in the faculties will be followed up by student institutions through solute studies. "We are from BEM and also student institutions will review these things. And aspirations of Udayana students will be conveyed to the authorities of University. I ordered, as students, do not always demand what the university has given to us, but ask what we have given to the university "said Arta Yasa or who often called Tikok, President of BEM-PM Unud. (isma)