Open the World of Publishing in 'Lesehan Chat with Linimasa' 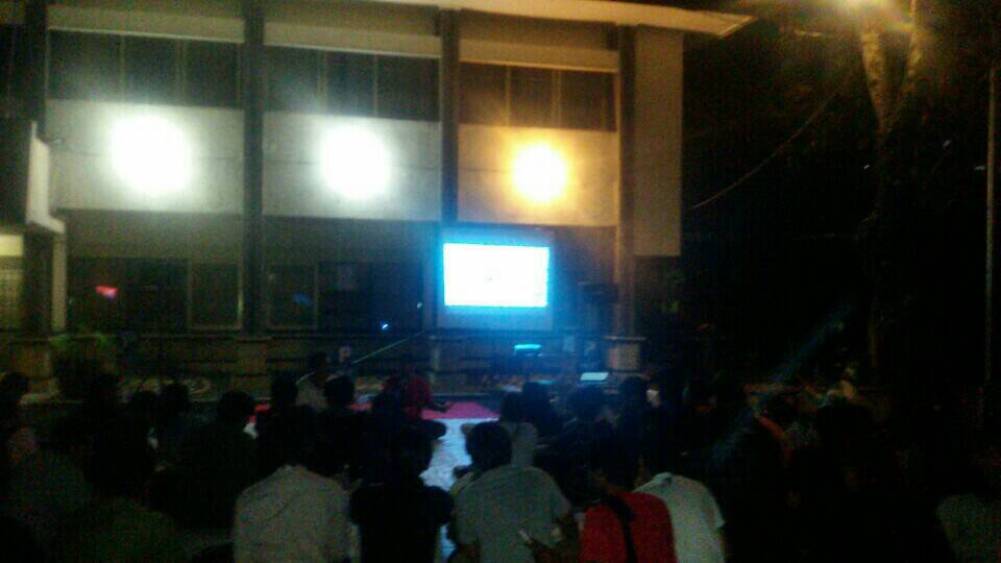 The atmosphere in the activities of "Lesehan Chat with Linimasa"

Student Press Linimasa FISIP Unud held a discussion activities titled 'Ngobrol Lesehan with Linimasa' (Lesehan Chat with Linimasa) with the theme "Knowledge in Authorization Issuance". Rai Sukmaning, as the head of the event, mentioned that this activity was in order to bring back the culture of discussion in Bali to be alive. According to him, the campus should be a comfortable place to discuss various issues worthy of mention. The invites who participated in this event were LPM in Bali, Student Organization in Udayana, Pejeng Village Press, and some other invitees.

The event which was opened by the LPM General Manager of Linimasa was attended by various background participants, which in general were students, and participants of this activity reached 100 people. The activities held on Friday, May 26th, 2017 was located in Parking Building B, FISIP Udayana, Sudirman Campus. In the discussion presented speakers, who were: Wahyu Budi Nugroho who is also a lecturer of Sociology FISIP Udayana, and moderated by Mr. Gede Kamajaya. This activity had been prepared by the committee since two weeks ago, in order to launch the event on H activity day.

"In the event Ngobrol Lesehan earlier, we chatted a lot about the world of publishing in Indonesia and how its influence on reading behaviour in the homeland. We discussed while sitting on the floor (lesehan). The place is in the parking area. We do not promise SKP to the participants, because we believe they are not coming for it. Participants present to listen to the material delivered, chatting, we convey complaints about the world of reading. Our goal is not a grandiose thing, we just want to be able to chat together, about things that fit our theme earlier, and about issues that we think are important ", said Rai.

This activity lasted from 17.00 Wita until 21.00 Wita. The Lesehan Chat event was arranged in the discussion concept, where after the opening ceremony was continued with the exposure of material by the speakers presented, discussing the things that correspond to the theme that was raised "Knowledge in Authorization of Issuance". After the presentation of the material, there were three sessions for the discussion. Participants really took advantage of this activity well, where the participants showed their enthusiasm in this Lesehan Chat event. "Discussions should not be spooky, should not make people afraid to come. Our discussion is exciting, very enthusiastic, we also see our discussion session to exceed the deadline of what we have set ", said Rai. (mimi)