The Fourth Photo Art was packed with New Concept 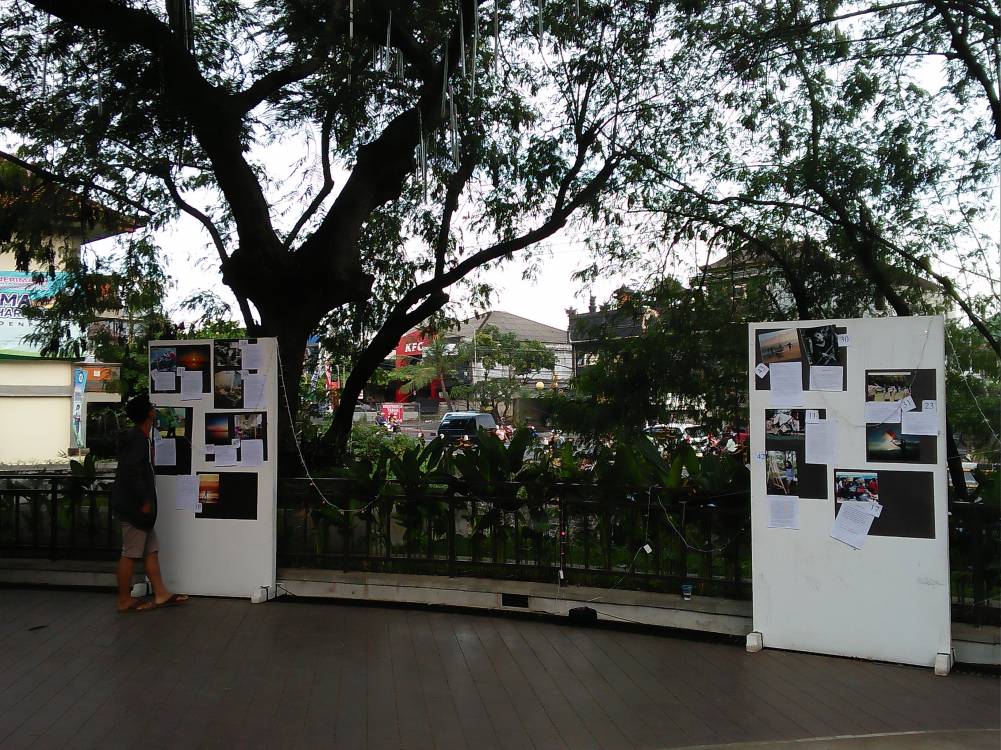 Some of the Photo Arts from the contestants were on display around Lumintang City Park.

Denpasar, (May 7 ) The Fourth Photo Art event was held by Sociology Students’ Association, Faculty of Social and Political Sciences, Udayana University. The theme raised in this photography competition was "save the spirit." It was intended that in a Photo Article did not only contain photos, but also photos and articles supporting the photos.

"How the photo is described through the article, judging by how sustainable it is, so Save the spirit means that it is up to the participant to interpret the save as keep and store up something, save as keep safe or rescue (someone or something) from harm or danger, etc. The point was about the spirit of the people around him, and more on human interest," said Reza Pasha as Chairman of the Photo Art Committee.

There were fourty five participants in total participated in this event.  They were students from middle and high schools in Bali. Before participating in the Exhibition, the participants had to attend the Workshop and Technical Meeting on April 30, and joined the Exhibition at Lumintang City Park on May 7, 2017.

This event was done to looking for people who were interested in the photography and developed their skills naturally. The judging score was viewed from the photography system, the beauty of the photo, and the description of the article itself. (ayuniantari)