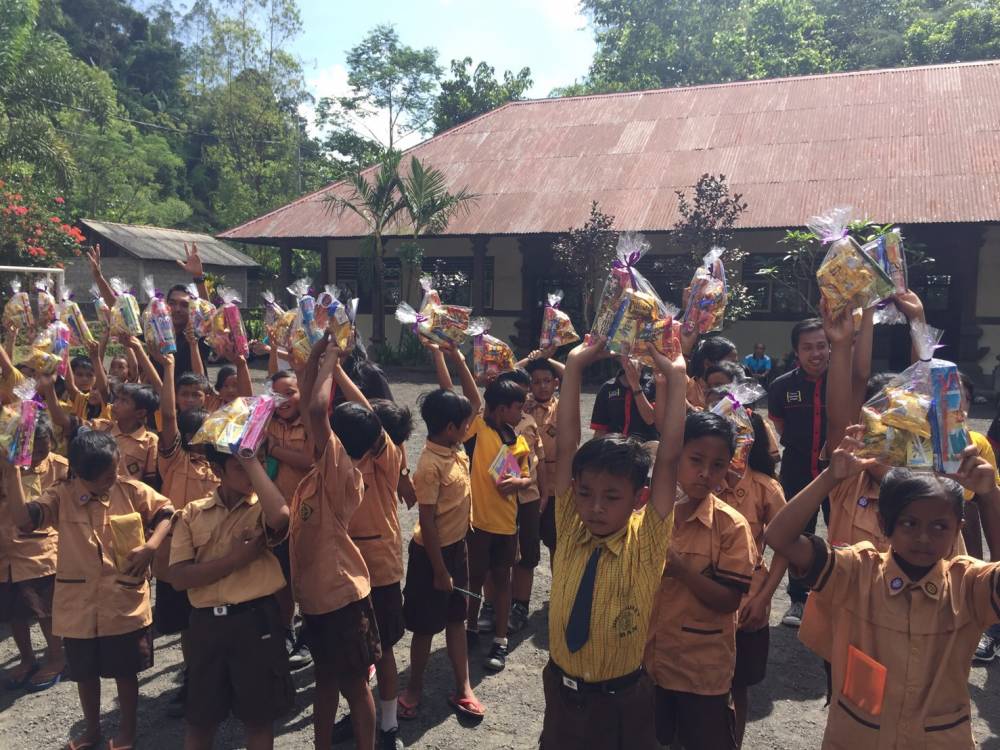 The fun atmosphere of elementary school children number 6 Ban, Karangasem when received a parcel from the organizing committee

In order to celebrate the sixth anniversary, Paguyuban Anindyaguna Karya Salemba Empat (KSE) Udayana titles a series of events which one of them is a social service activity. Activities was held at SDN 6 Ban, Karangasem on April 29, 2017. This activity was held by the committee as well as the participation of some members of the Udayana KSE Society itself. And this event was attended by organizing committee, Udayana KSE Paguyuban members, children of SDN 6 Ban, and representatives of SDN 6 Ban Karangasem. Preparation of this activity takes approximately 1 month, preparation of making the concept of the event, collect additional donations, and technical preparation of the implementation.

The donations collected were obtained from the sale of chocolate which had been done at the KSE Love event on February 14 that coincided with the valentine love, where the proceeds of sale were bought equipment and then donated to the children of SDN 6 Ban, as well as some additional donations obtained from the participation Member of KSE Udayana Circle of Friends. The donations collected were given in the form of 55 storybooks and textbooks, a notebook of approximately 85 books, each distributed to all students of SDN 6 BAN Karangasem, pens and pencils such as 18 packs, and less educational posters More a total of 10 pieces. While the donated hygiene tools amount to about 10 hygiene kits consisting of brooms, buckets, and trash cans. And do not forget to include a gift for all students of SDN 6 Ban Karangasem in the form of snacks and milk, which in the parcel there are also notebooks and stationery. 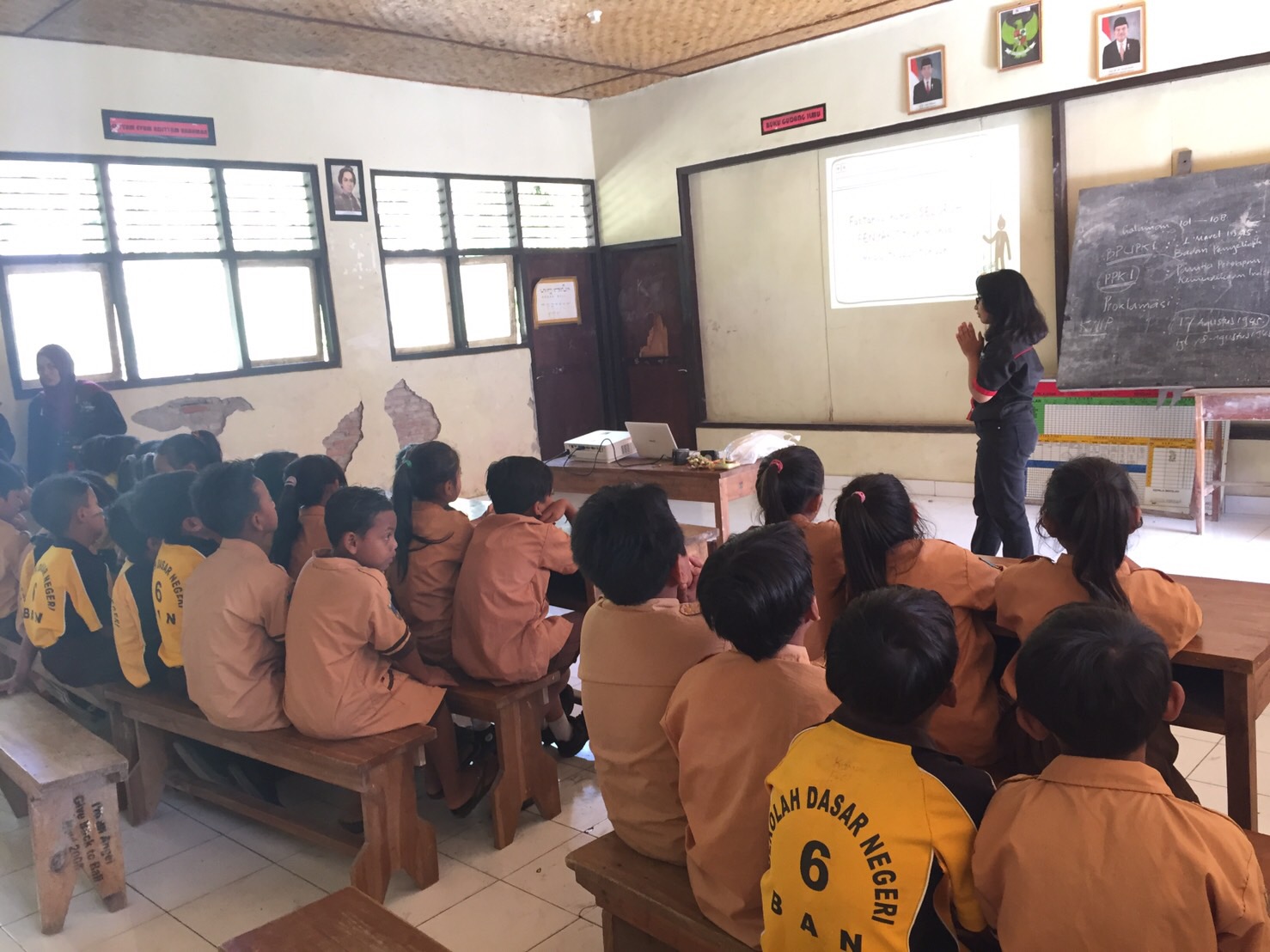 The atmosphere of giving materials by the committee to the students of SDN 6 Ban, Karangasem

Social activities are packed as interesting as possible so that students SDN 6 BAN Karangasem not feel bored or lazy to follow this activity. The first event conducted teaching activities by dividing all students into 2 classes. Grades 1 to 3 become one class with good hand washing material. This material has a positive impact on elementary school students who incidentally can not wash their hands properly and correctly, while classes 4 to 6 become one class with material "KesPro" (Reproductive Health) Namely on how to avoid and interference from people who will harm us and what to do if experiencing it. Then filled with interesting games and spur the spirit of students by giving them a prize if they won it, the prize given in the form of books and stationery. Then the next activity is outdoor games, followed by all students and the committee and the board of teachers who want to participate. These games also spur the spirit of students to be able to win this activity well in order to obtain a prize.

This social event is a mandatory event and always conducted routinely by Paguyuban Karya Salemba Empat (KSE) Udayana in the anniversary of Paguyuban so this event becomes very important. Ambar Kusuma also expressed the meaning and hope of this important and obligatory social event, "The meaning of this activity is our dedication as a scholarship recipient of the work of Salemba Empat, and as a form of our gratitude to Almighty God because of the blessing and grace. The Paguyuban Anindyaguna of KSE Unud still be able to stand and grow ever bigger with the number of scholarship recipients that increase every year. Our hope in this social event as a student of KSE scholarship recipients in order to have a positive impact or influence to the surrounding environment so that many later communities or other organizations that can follow our example by watching schools that really need help and touch from us as students and organizations. And also any kind of donations we have given to SDN 6 Ban Karangasem be it in the form of educational materials, moral and educational infrastructure facilities can be useful for all students of SDN 6 Ban Karangasem ", he said. (arisugama)