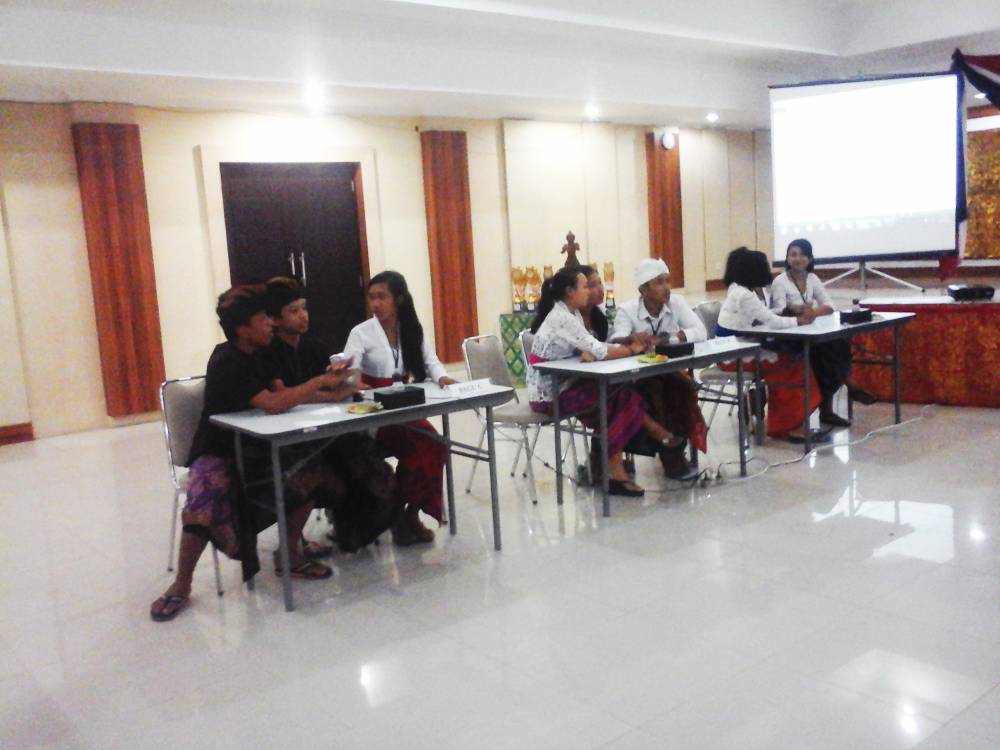 Denpasar -  Sunday, April 23, 2017, the Brotherhood Forum of Hindu Dharma Students UNUD held a Dharma Shanti Penyepian activity. This annual event was held at Nusantara Building, the 4th floor, Agrokomplek Building, Sudirman Campus. Dharma Shanti Penyepian this year took the theme of "Pitresnan Okan Putun" which means love of the younger generation of the ancestral heritage. The essay contest, intelligent and writing Balinese script were the races in this activity.

This activity started at 08.30 WITA opened by prof. Dr. Ir. I Nyoman Sucipta, MP. As the advisor to FPMHD UNUD. Dharma Shanti Penyepian is a series of activities to commemorate the Nyepi holiday. The peak of the event will be held on Saturday, April 29th, 2017. For the activities held on this day was the race. There are three races in this activity, which were a meticulous contest, essay contest, and writing Balinese script contest. The meticulous contest was followed by 12 teams from SMA / SMK in Bali. Then the contest of writing Balinese script was followed by 21 people from SMA / SMK in Bali with 7 boys and 14 girls. The essay competition has two categories, namely the college student level in Bali and the student level in Bali. There were 11 students for the college students and 17 students. The committee in this activity amounted to 91 people with the preparation time of approximately 4 months.

Ni Ketut Supadiati as a chairman of the committee in this activity claimed to have many lessons, one of them was able to learn to lead. "I hope for next year can be increased again related to coordination among fellow committee," he said. "Our preparations have been maximized, maybe this time has not been lucky because in the race we met meticulously quit in the semifinals. For the future I hope this activity can be added to the competition such as mekidung. In order to make the younger generation not forget about our own religion ", said Dyah Mirayanti, a student from SMAN Bali Mandara Singaraja who had come since the previous day. (mimi)