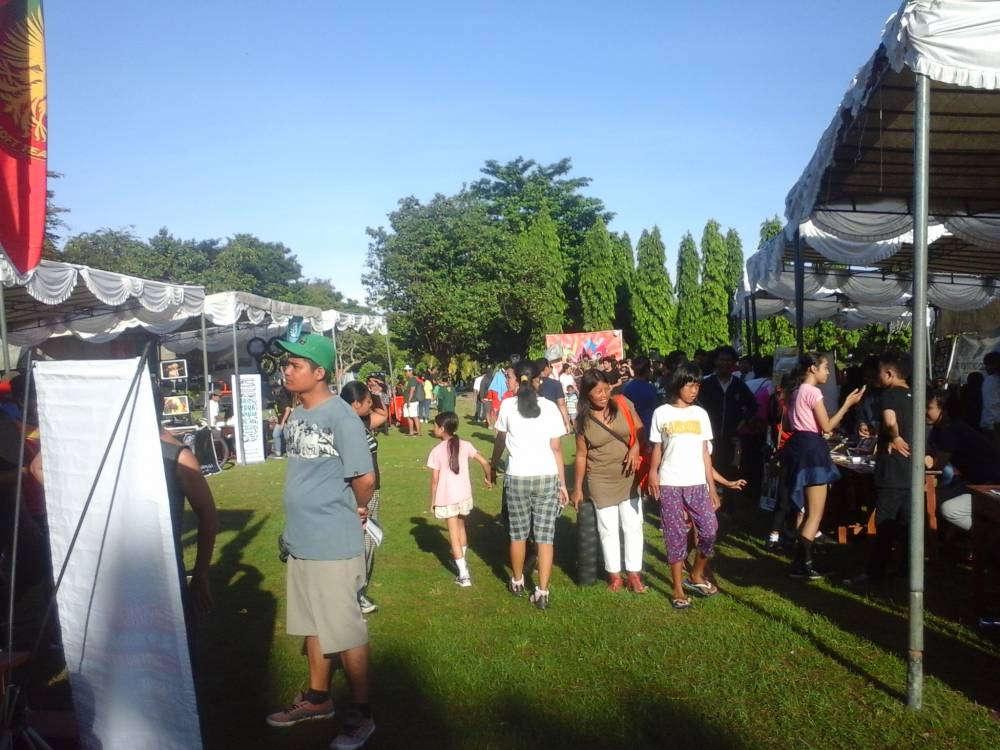 Denpasar – Sunday, April 23rd, 2017, BEM PM Udayana University conducted the Community Day 2017. This annual event was held in Niti Mandala Renon Denpasar, with the theme "Our Community Action". It is expected to establish cooperation between communities with BEM PM Udayana University. It also aimed to add insight to the visitors. This activity was a free entry event with visitors consisting of students and the general public.

At 06.30 WITA this activity started and showed the parade from some communities. In the previous two years, Community Day activity was held at the end of the year before the end of BEM PM Udayana University's management. However, this year Community Day activity was held at the beginning of the stewardship so that they can more easily establish the cooperation with the communities in Bali. With the number of committee 50 people and preparation time, which was less than one month, it could still make this activity run smoothly. Community Day 2017 followed by 33 communities from 7 areas in Bali.

Ni Made Vania Sukmasari Marsha as the chairman of the committee in this activity felt happy and very satisfied because the show was quite increased than last year. "Next year I hope this activity can be better, maybe the activity is even greater with the activity time for two days. Then hopefully the number of participating communities will be even more ", she said.

"The event is good and crowded, this is the first time our community can go directly to the community since it was founded in 2016. For next year we want to participate again in order to jump directly address the anime lovers community in Bali", said Adel from the lover of One Piece Dewata. (mimi)