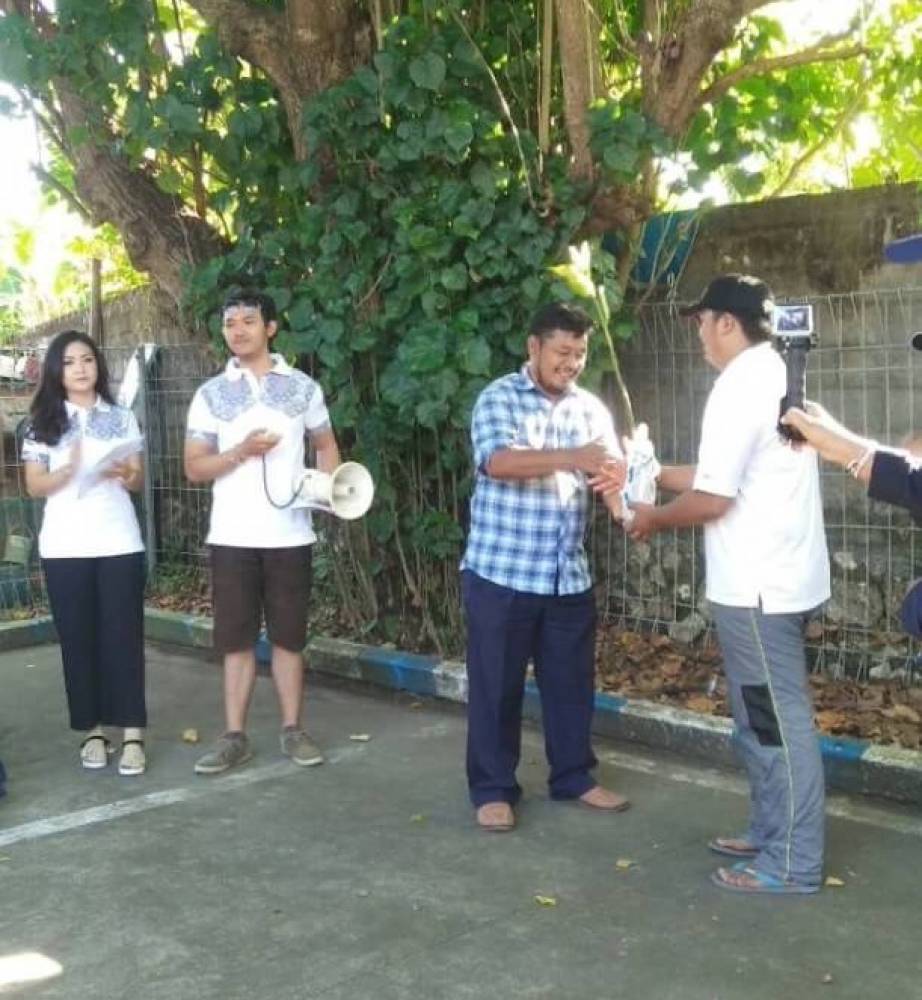 In order to welcome World Earth Day which is celebrated every April 22nd, Semi Autonomous Body (BSO) of the Udayana Community Care Student Community (KMPL) titles activities called WEDA 2017. WEDA this time is different from the usual, where WEDA 2017 is held with New Generation (Genbi ) And Teruna Teruni Denpasar. The event was held at Mangrove Forest Park Jalan By Pass Ngurah Rai, Suwung Kauh, Denpasar. Not only attended by members of KMPL itself, the event was also attended by members of Genbi, Teruna Teruni Denpasar members, Sispala, high school scouts, and also the general public. And also the invites who attended the event were Tahura and Climate Control Center, KMPL Coach, Chairman of BEM FK Udayana, and some invites from Genbi Community. The event has been well-prepared since last February, with survey of the location of the event, the establishment of the committee, the submission of activity permits, the participation of participants to the schools to the provision of seeds and tools. The WEDA 2017 theme is "Green Action for Better Future".

The composition of WEDA activities is packaged in the form of community service. Where the committee to carry out with activities that care about the environment, starting from the counseling about mangrove forests, planting mangrove trees, cleaning around mangrove forest, and participating committee invites the community to preserve nature in order to remain sustainable. And the committee also hopes that this activity more often to be held, considering if the environment is beautiful, green and clean will certainly be more beautiful and the community will be protected from various diseases and natural disasters. Dewa Ayu Sri, the head of the WEDA event, admitted that in addition to clean-up activities, it would be better and the importance of planting trees as it has to preserve the natural and remarkable benefits of mangrove trees in supplying oxygen, preventing coastal abrasion, as well as homes and ecosystems for various animal. So the activity of planting mangrove trees is important to be implemented. Not only giving counseling and planting mangrove trees, KMPL also came with a donation of 200 mangrove seedlings from Ngurah Rai Forest Park (Tahura) and PPI. (arisugama)