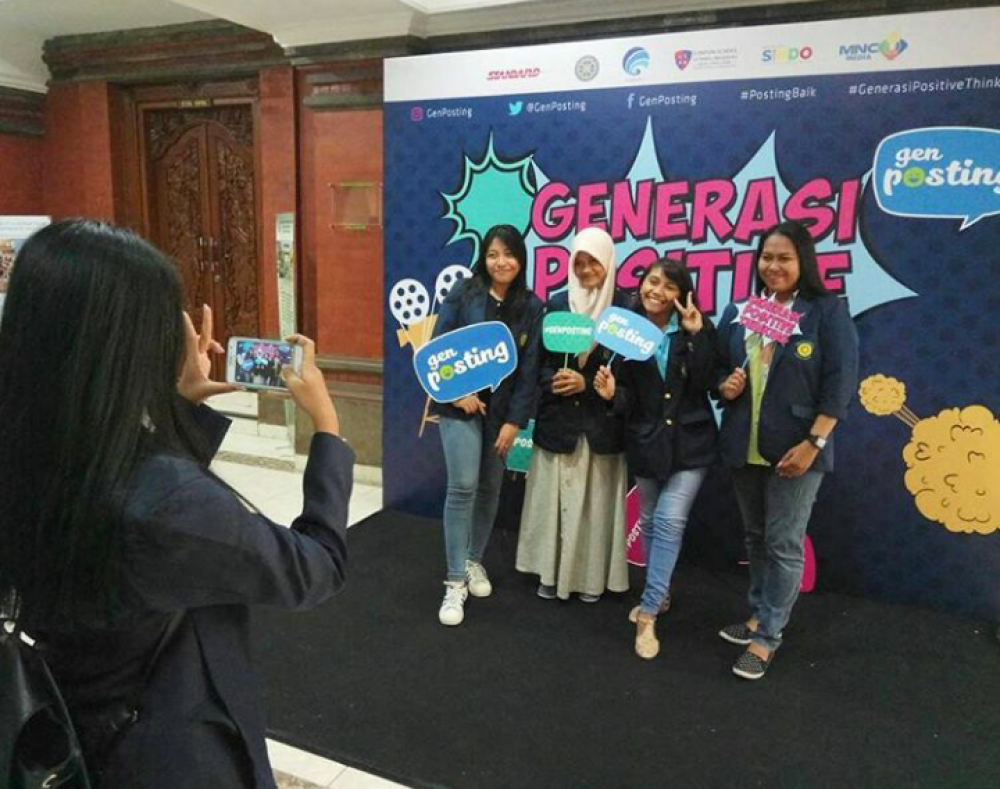 Denpasar – Friday (21/04), Over the past year, a lot of emerging news is not necessarily accurate. People today call it "hoax news". Through social media accounts the news is very easy to spread. Indirectly hoax news will affect the mindset of the readers. Especially nowdays are very much news that contains elements of hatred and “sara” that can divide the perfection and unity.

After holding several similar workshops in various regions such as Pasundan, Bandung and Yogyakarta, now the Gen Posting came to Denpasar. The workshop which took place in Theater Building, Faculty of Medicine Udayana University was attended by about 130 Udayana students, Head of Student Affairs Bureau of Udayana University, and Ministry of RI like Iwan Eka Setiawan, Deputy Assistant of Creative and Cultural Values of Ministry of Human Empowerment and Culture, and Niken Widiastuti as Director General of Information and Public Communication RI. 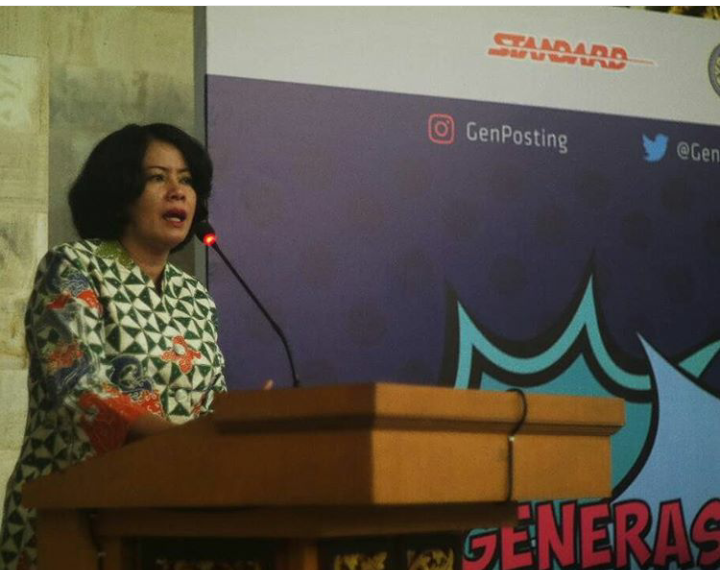 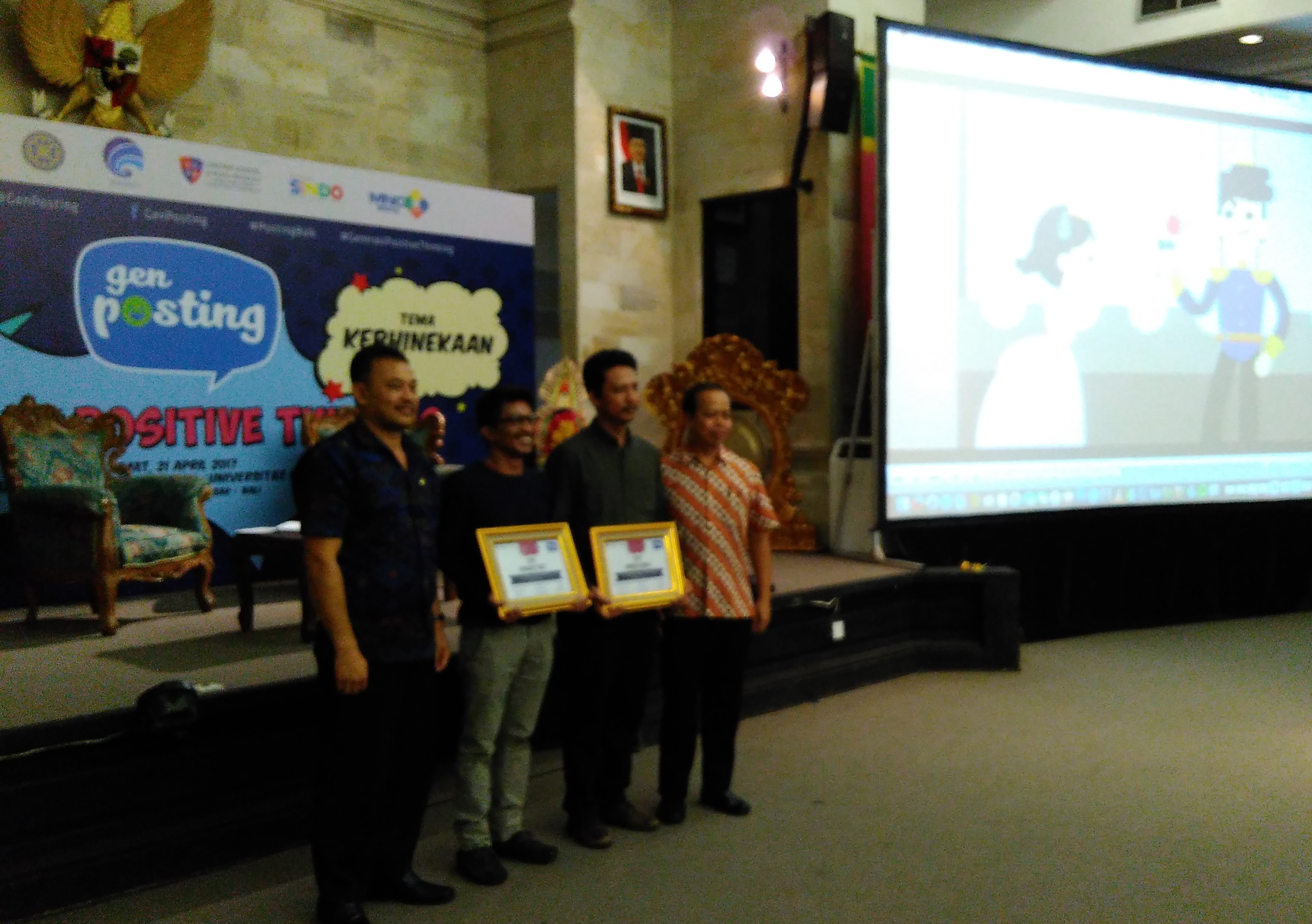 Head of Student Affairs Bureau Udayana University, Drs. I Gusti Ngurah Indra Kecapa. M, Ed. , Convey to avoid the hoax news is very important to always think positive. Use social media well. Not good enough but also useful. With the implementation of this activity, it is expected the younger generation to spread positive virus generation thinking. Positive thinking is more like talking about good than bad. Prefer to praise rather than hate, prefer to be optimistic rather than pessimistic. 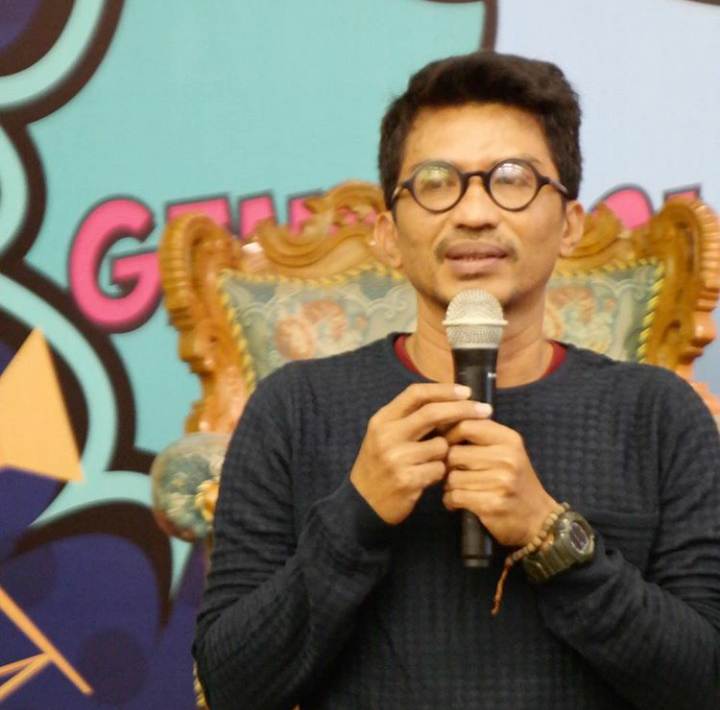 M.Misrad when giving a presentation about the comic.

The Post Gender workshop also features prominent Comic artists, M. Misrad or commonly known as Mice. In addition to providing explanations about the theory of making Comic along with its content, Mice also invites workshop participants to directly practice making cartoon images containing positive content related to diversity. According to him, diversity in Indonesia has been completed. There is no need to be disputed about diversity. The difference is not a problem, it is a gift. It just depends on how we interpret the difference. (arisugama)