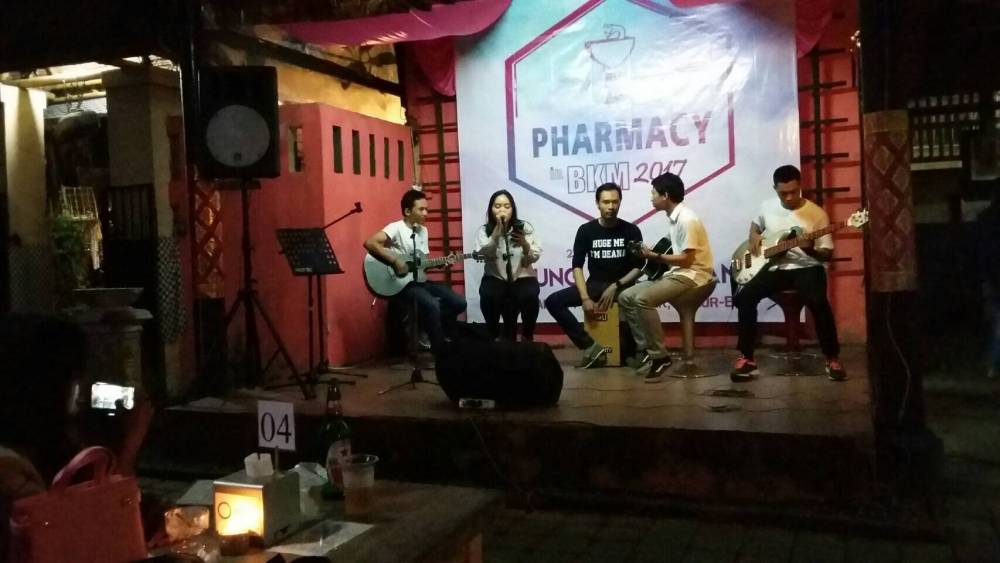 The atmosphere of band festival session in Pharmacy in BK

Lifting the theme 'Love Your Life by Loving Your Body', Udayana Pharmacy Program successfully held Pharmacy in BK. The event lasted for three days long, which starts from Friday (21/04) to Sunday (23/04). This activity is carried out in order to extract funds to support the work program of Udayana Pharmacy Student Association (Himafarma). And to carry out this activity, has been made preparations for the last three months. The committee concerned to make preparations such as conducting survey locations, dissemination of proposals, and others. This activity is packed in the form of a music festival. Where also coupled with the performance of performers, acoustic festivals, tarot stands, stand pkm, photobooth, and photo contest. The performers who joined in this activity there is Honey analogy, and also After The Rain. Not to forget, also presents guest stars such as Swaag Savage, Summer In Vegas, also Sunk In The Sea.

This activity is also coupled with a photo contest, because in the photo contest related to health, it is expected that people become interested in starting a healthy life. Because as a generation that plays a role in the health field, Himafarma wants to provide steps that can be done to improve health to the community. And the event is packed in the form of a music / band festival is as an attraction for young children to want and participate in events that have a health message in it, and more information about what is a pharmacy. "This event is interesting to be held, in addition to support Himafarma program in the future, but also can introduce pharmacy to the community and introduce products that can be made by pharmacy students such as those in booth pkm who have successfully passed the level of Higher Education" Dessy said as the event chairman. (arisugama)