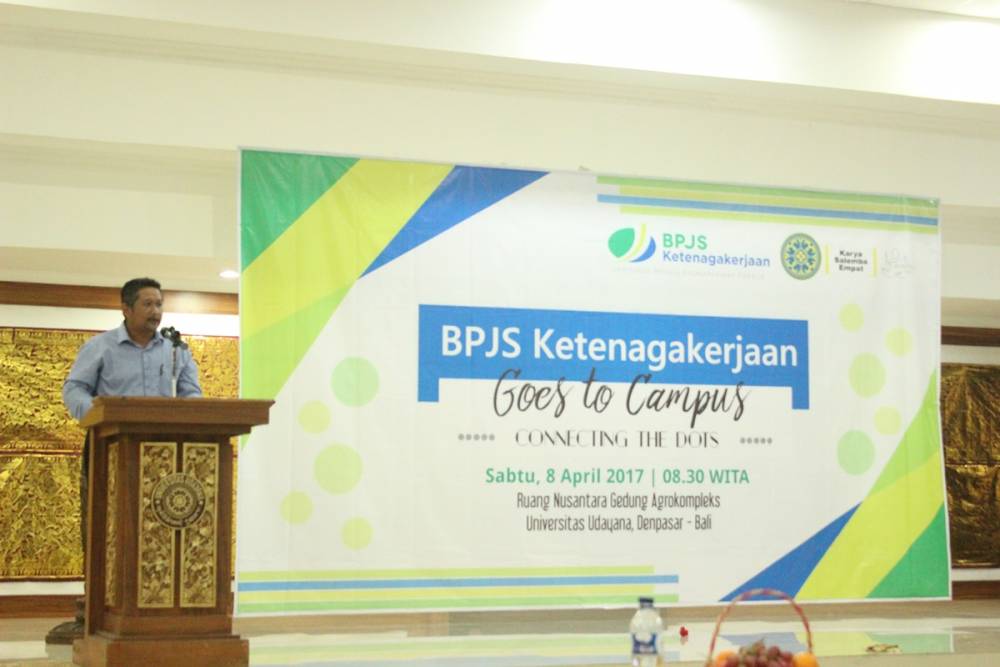 (Opened  by I Ketut Arja Leksana, as a  representative of BPJS Ketenagakerjaan)

Community of "Anindyaguna Karya Salemba Empat" Udayana University in collaboration with BPJS Employment, successfully held employment Goes To Campus which has been held at the Nusantara Room, Building Lt. Agrocomplex 4, Campus Sudirman, Denpasar, on Saturday (08/04). The theme of the event is "Connecting the Dots". This event was created in order to carry out the work program of the Ambassador Camp 2 Batch 3 Circle Anindyaguna Unud KSE.

Employment BPJS Event Goes To Campus aims to make the public, especially residents more aware of BPJS campus employment and that all employees or students who KKN will be covered by BPJS Employment. "With this event, we hope that the Employment BPJS is known to the public, because usually people only know BPJS, while government programs that now there are two, namely BPJS Health and Labor," Edy Lipson Simanjuntak said as chairman of the committee.This event has been well-prepared approximately one month. Employment BPJS Goes To Campus was attended by 83 participants, consisting of permanent employees, students, BEM faculty, and members of the Society of Anindyaguna Karya Salemba Empat Udayana University. (arisugama)