BALI AS REFERENCE OF RELIGIOUS HARMONY AMONG PEOPLE IN INDONESIA 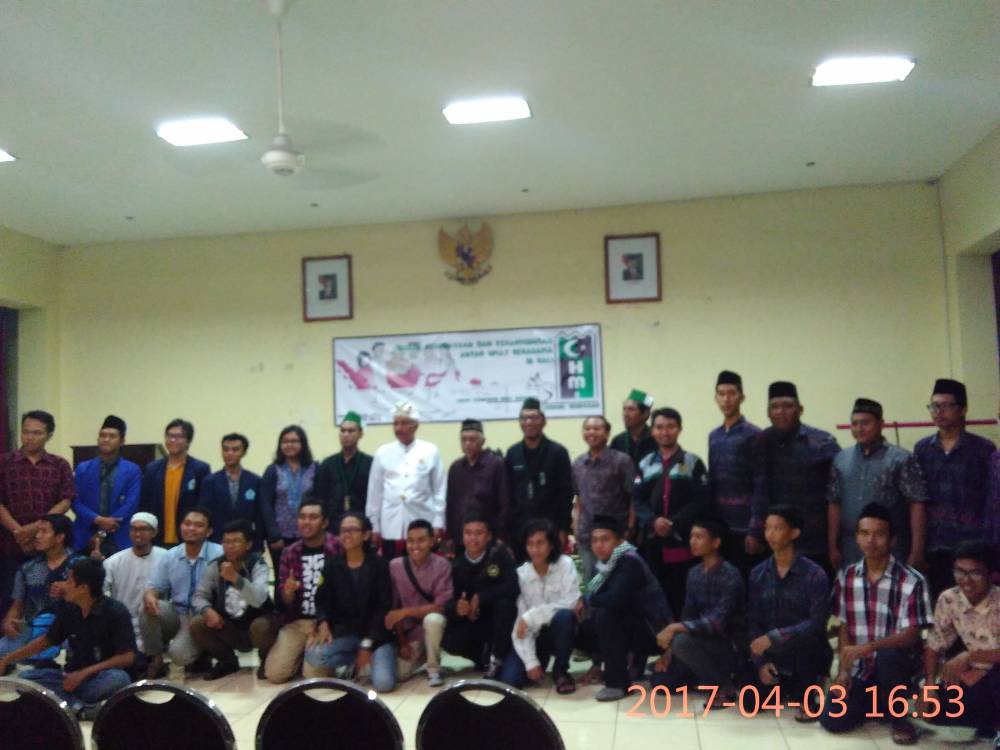 Photo with presenters dialogue of Inter-religious harmony in Bali and the participants.

Denpasar -  Monday (03/04), Lately various issues much discussed in the Republic of Indonesia. Social, political, economic endlessly debated both in the public and in social media. Sara issue is no exception. In this regard the Muslim Students Association London Branch Youth held a dialogue entitled "Culture and Inter-Religious Harmony in Bali”.

"Our goal is conducting the main thing to establish ties between religious communities in Bali, and strengthen the unity between young people within the framework of the unitary Republic of Indonesia. The second one is related to the current hot issues happening in Indonesia, this is one of the efforts and our efforts to foster unity and integrity "said Ahmad Suryaja, The chairman of the People's Empowerment Division HMI London Branch and alumni students of Agribusiness, Faculty of Agriculture, Udayana University. 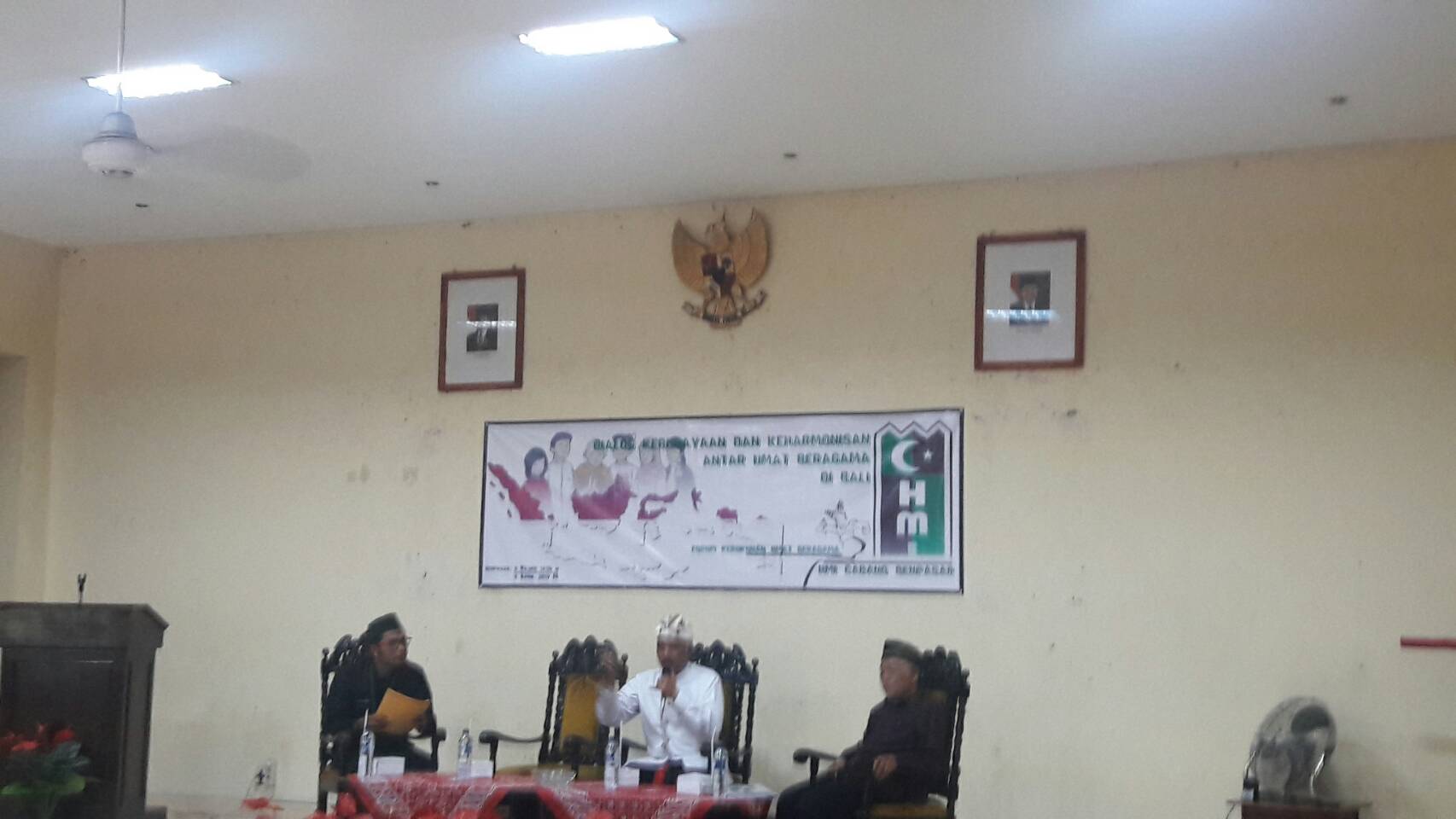 Ida Pengalingsir Agung Putra Sukabet and H. M. Taufik Asadi when give the materials about Religious Harmony in Bali.

In the delivery of the material, I. P. Agung Putra Sukabet conveys that the religious harmony in Bali had been there in the past. At the time of the Gelgel kingdom, there are 40 Muslim families from Blambangan. And the king Gelgel not give a priority with Hindu but rather more to Islamize. Which means that we accept, given the location, dwelling, and place of worship. Then this tradition followed by the next king. Then was born the acculturation that occurred up to now. Not only Islam, Christianity, Buddhism is also the same. Coexistence and receive is one key in building inter-religious harmony. And Bali is one of them.

“Differences and similarities is not to debate but to be grateful "he added.

Besides attended by two prominent speakers above, this event was also attended by various youth organizations such as GMNI, PMKRI, PMMI, IMM, GMKI, Pemuda Masjid, Parisada Hindu Dharma and the Budhist Student Union. Less approximately 100 participants filled the hall Dwikarya Hotel. The diversity of race, ethnicity, religion and culture has become the absolute property of the Indonesian nation. Unity in Diversity has become a national identity that must be preserved. Not only news about the necessary unity of Indonesia, but also the real work of the youth to uphold the unity of Indonesia. (arisugama)