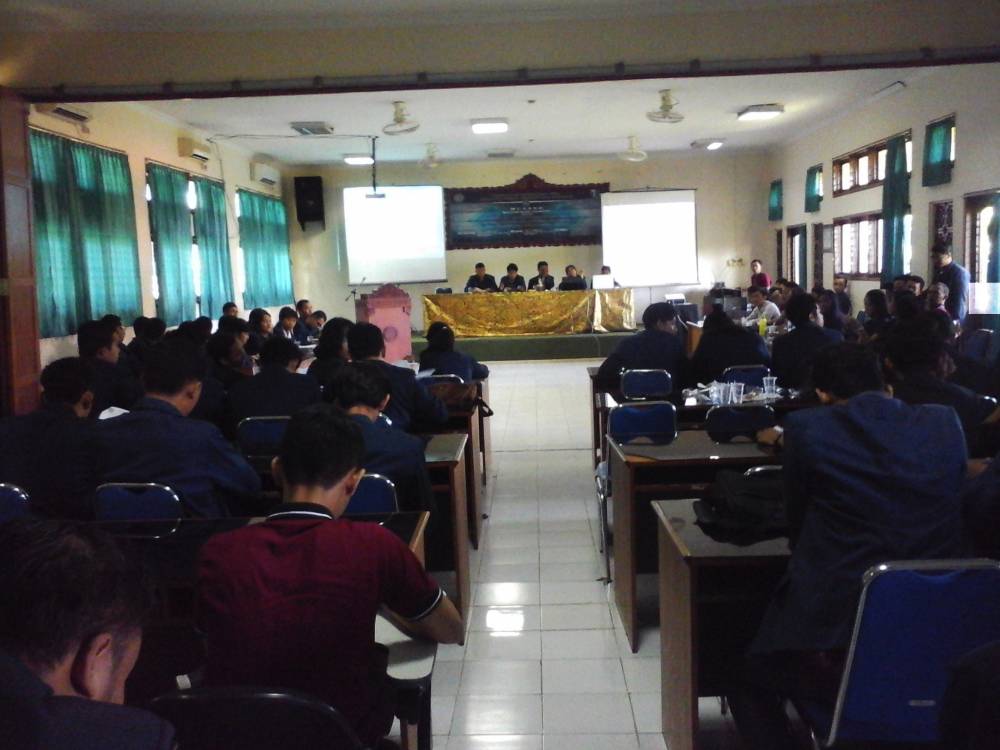 Ongoing, the Plenary Session 1 In the Pre-Deliberation of Civil Student Association of Engineering Faculty Udayana University in 2017

Badung – Saturday, 11th of March, 2017, The Student Association of Civil Department, Faculty of Engineering, University of Udayana, conducted the PRA-MUSANG. This event was held in the building of DM 3-4, Civil Engineering Campus, Kampus Bukit Jimbaran. The participants were 48 people consisting of delegates force in 2014, 2015 and 2016. This event took the theme "Through the MUSANG in 2017, We Shape the Competent, Intelligent, Responsible And Dedicated Leader To the Civil Student Association, Udayana University". The objective of the PRA-MUSANG is to discuss AD / ART that will be passed in MUSANG 2017. There was also a discussion and ratification of the election procedures and the terms of the prospective chairman of HMS in the period of 2017-2018.

PRE-MUSANG of HMS activity in 2017 was started with the opening prayer, and the welcome speech from the committee chairman, who also opened the event. Then proceed with the pre-trial activity, the plenary session 1 and session 2. Pre plenary session chaired by the chairman of HMS period from 2016 to 2017 with the reading of the agenda and determining the order of MUSANG. In addition, there was a reading procedure of formation and selection as well as the MUSANG presidium and the handing over the hammer from the HMS chairman to the presidium elected. Then the pre-trial led by the presidum, who was elected to read the agenda and the agenda setting session of MUSANG.