OUR ACTION FOR WEST SUMATRA 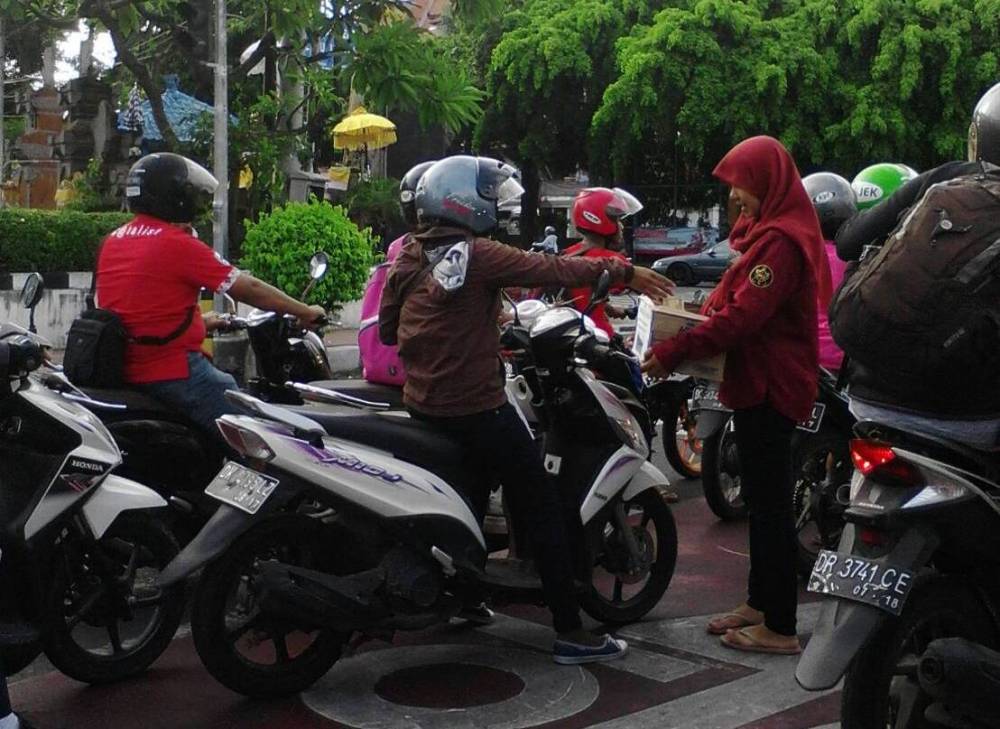 Dini, one of the student of History Department, when doing her action on fund raising

DENPASAR - Dozens of students from Faculty of Arts, University of Udayana, took the streets to do the action of fundraising for the victims of floods and landslides in Pangkalan Sub-District, Lima Puluh Kota, West Sumatra (Sumatra) after the disaster-stricken. Seeing so, the students were felt to help reduce the burden of the victims by having to do the fundraising. They named this movement, Student Action Care.

Fundraising action took time from 16.30 until 18.00 pm, which ocated at the intersection of red light on Sudirman street, Robinson, on Friday, March 10th, 2017. The action coordinator, History of Science Students, 2015 generation, Raudatul Ismail (20) revealed that remembering the flood disaster was happening some time ago as well as a variety of disasters that occurred lately this in Indonesia were always inviting the spirit of the young generation to do beneficial things to alleviate the victims. 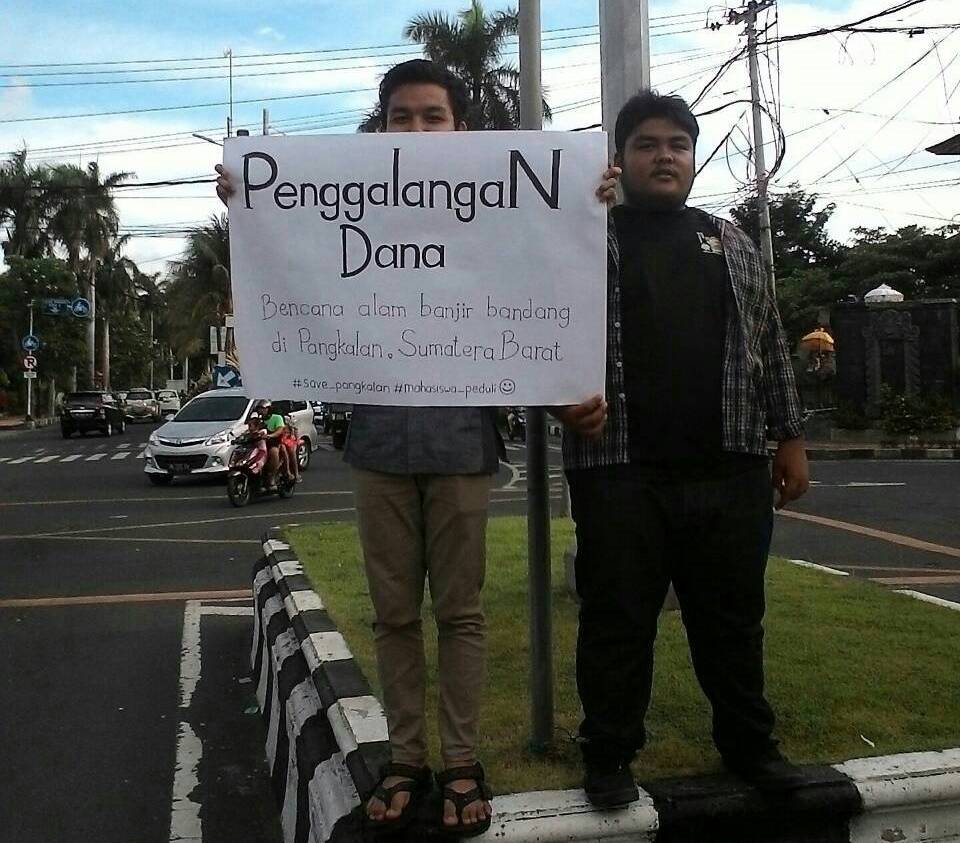 The Student of History Department when doing the action on PB.Sudirman Street

"Even the base condition is still making victims isolated at some point, therefore, we should always be engaged in addressing this." Ismail said. From this action, the funds that had been collected reached the amount of Rp 5 million. Later on, from the fundraising, there will be channeled through the Institute of the Society of the Association of Families Minang Saiyo (IKMS) Bali, henceforth be sent to the disaster site.

This action was a joint action of the students of the Faculty of Arts, University of Udayana, which also incorporated with several student organizations such as History Students Family (KEMAS), the community of the Association of Families of Student Minang (Minang Student Association), and the Islamic Students Association (HMI).

"We hope that these actions can help the victims affected by the earthquake" added Dani Umaruddin (20), one of the students of the Faculty of Arts, who was also incorporated in Action Student Care. (arisugama)