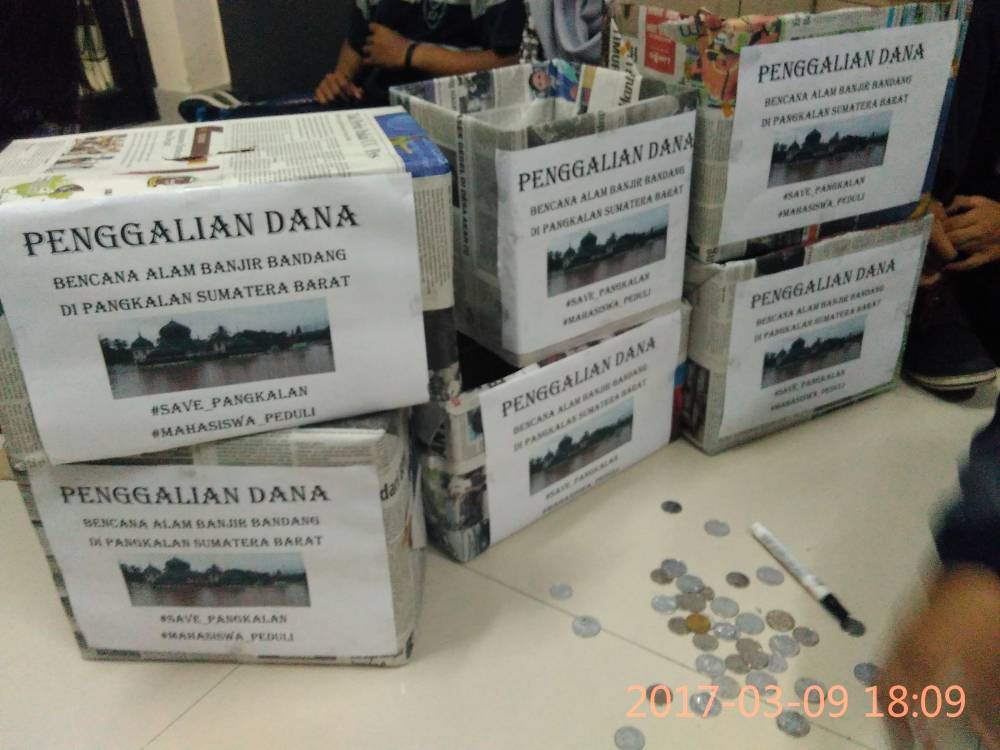 The donation box for floods' victims in Wast Sumatra

Denpasar - Thursday (09/03), it seemed that the flood has been offenly occured in Indonesia. Some areas in Indonesia would have become flooded offenly. Not only Jakarta, large floods had reached the West Sumatra. The floods that had soaked 6 sub-district in West Sumatra, causing thousands of houses to sink. Besides the floods, landslides also occurred, causing the death of six persons.

In this case, students of the Faculty of Arts had  initiative to take an action to make "Honesty Box" which would be devoted to West Sumatra. " We spread the honesty box in some point at Faculty of Arts that would be passed by the many students and all the academic community. Such as in the parking lot, bale bengong, lobby, cafeteria and each class. I wished our friends have a social conscience for our brothers in West Sumatra. Let us open our eyes and ears that a little help means a lot to them. "So said Ismail, one of students of Faculty of Arts as a coordinator of student care actions of West Sumatra. 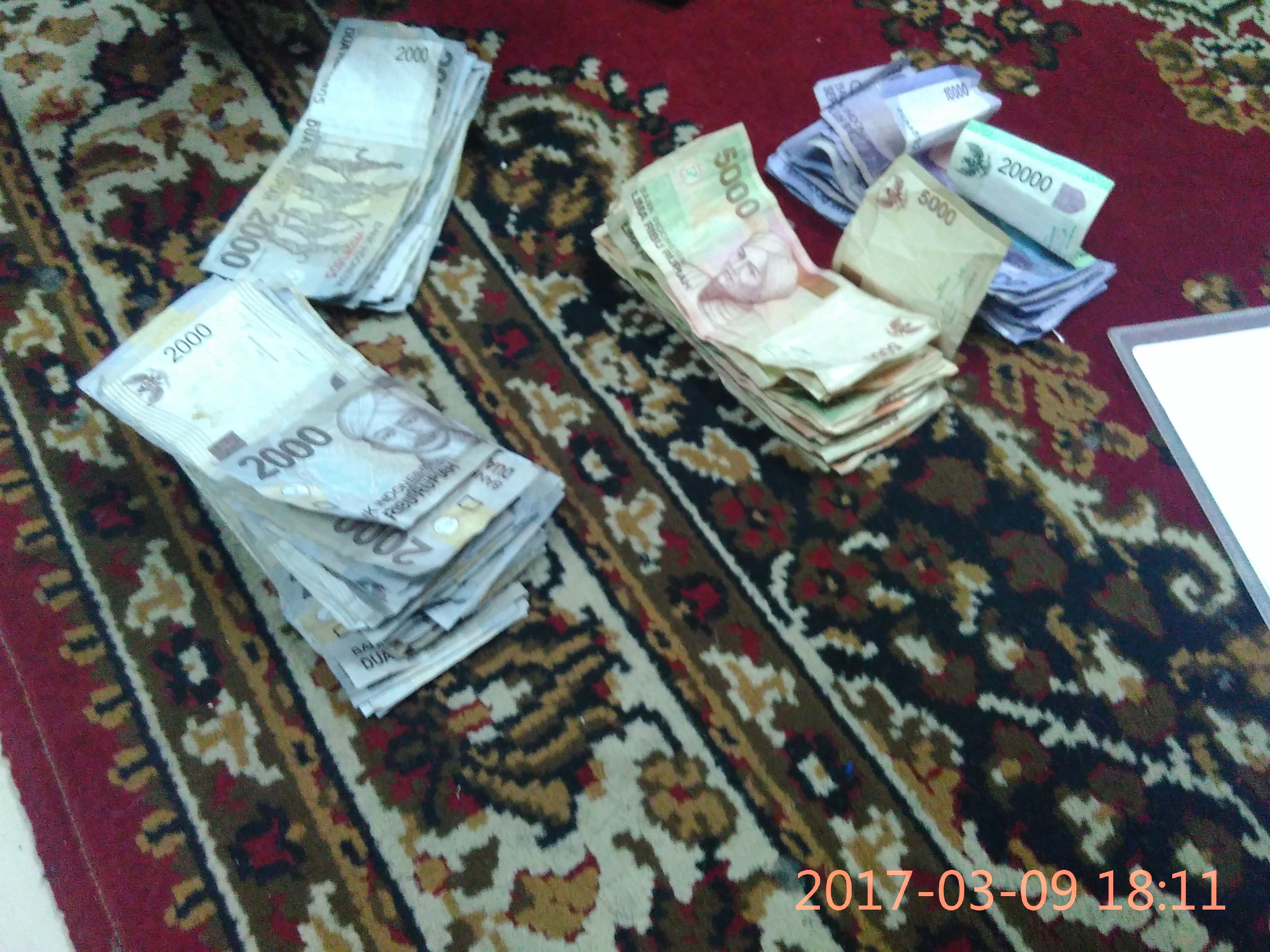 It was not only "Honesty Box", but also the plan of student care actions of West Sumatra would be held until tomorrow (10/03) from 16.00 until 18.00, by taking to the streets to do fundraising. One of locations chosen was the traffic light of intersection near Robinson Mall. This action was expected to be able to increase to the fundraising for West Sumatra. (dessrimama)