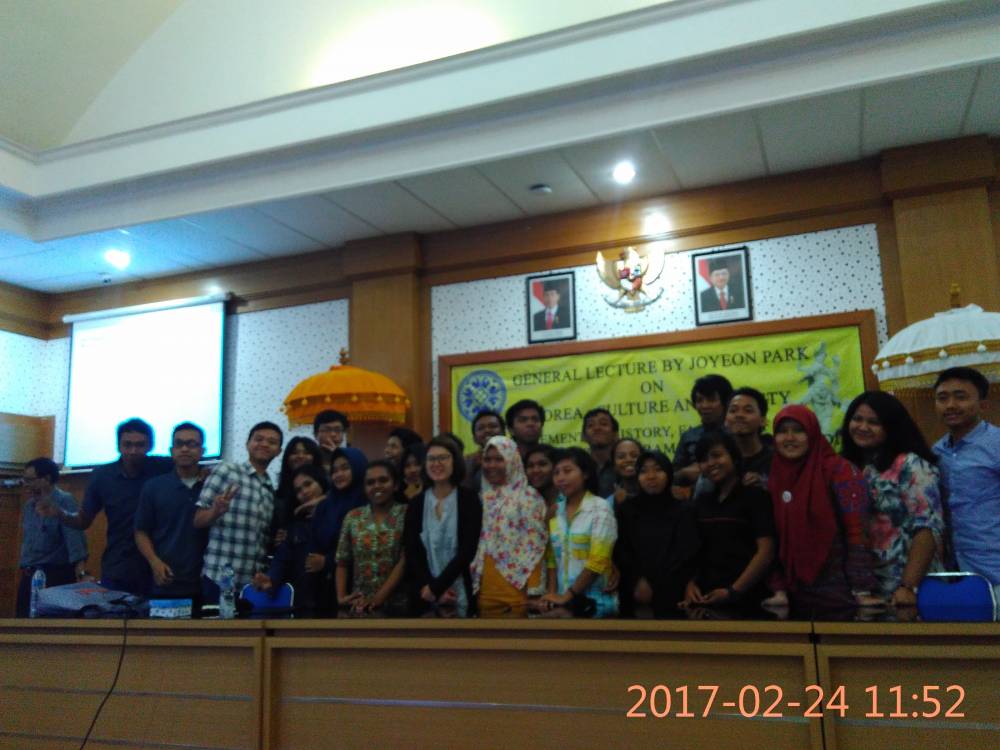 Denpasar – Who doesn’t know the country of South Korea. One of the most advanced countries in the field of technology and earned the nickname Macan Asia (Tiger of Asia). No wonder if this state export so many electronic items to its neighboring countries and Indonesia is being one of them. Besides technology, South Korea is also famous for its distinctive art and culture. South Korean intelligence people have been able to explore the art and culture through the films that successfully loved by the Indonesian. Interesting, isn’t right?

Friday (24/02) Ir. Soekarno Building instantly filled by the students of History of Sciences of Faculty of Humanities Udayana University. One of the lecturers of History of Sciences, Prof.Phil Ketut Ardhana invited the students of History of Science to follow the public lecture with Joyeon Park, a student from South Korea who is taking the Master in Cultural Studies Udayana University. "In connection with the subject History of Area, South Korea is one of the study is quite important to learn and the students need to know what are the advantages of foreign countries when they are compared to Indonesia. So that these countries can be served as a reflection and introspection to Indonesia, if the other countries could be advanced, why Indonesia can’t? What is wrong with Indonesia?” Said Prof. Ardhana. 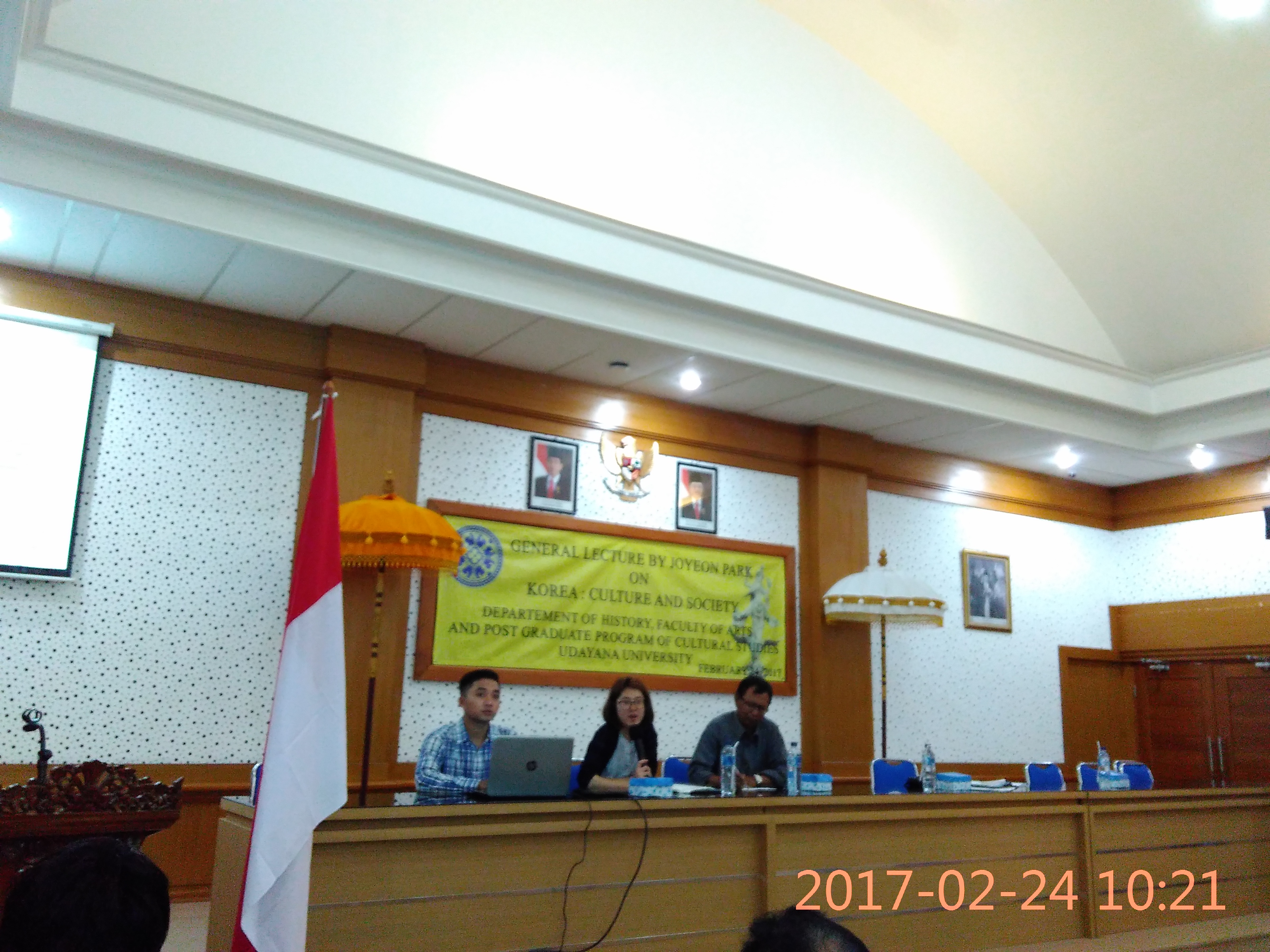 South Korea liberated on August 15, 1945, within two days of the date of Indonesia's independence. Remarkably, South Korea can advance more rapidly than Indonesia. In fact, before the South Korea's independence, it had been a civil war with North Korea that caused the economy of South Korea became very weak.

"South Korea broke away by North Korea because we are dissident. And after the civil war and also the impact of World War II made the South Korean economy is very weak. It made us have to start from the zero. That is where the government and citizens committed to build the South Korean with diligence, discipline and hard work. In South Korea, all men are required to undergo conscription for two years, it was solely for the provision of national defense. In South Korea, working hours in the morning until nine or ten at night instead of eight hours. And in terms of culture we still practice the traditions of our ancestors. " Said Joeyon Park clearly when giving the public lecture.

South Korea might be used as one of the countries that could serve as a role model for Indonesia. Sometimes, Indonesians are less proud of their own country, pessimistic and too proud to look at other countries, especially of their products. Though people who come outside Indonesia as Joyeon Park just fascinated with Indonesia. Joeyon Park decided to study at Udayana because he liked the culture. Now he was researching one of the temples in Bali, and lontar was becoming into one of his studies. While her husband who has the title of Professor has been reseacrhing Babi Guling in Bali. "They come all the way to Bali just to study Lontar, and the culture. Gradually, who would become an expert on Balinese culture is the Korean people. Thus, are we not proud of our culture? Especially lontar that has been abandoned by adolescent. "Said Prof. Ardhana. (lie)