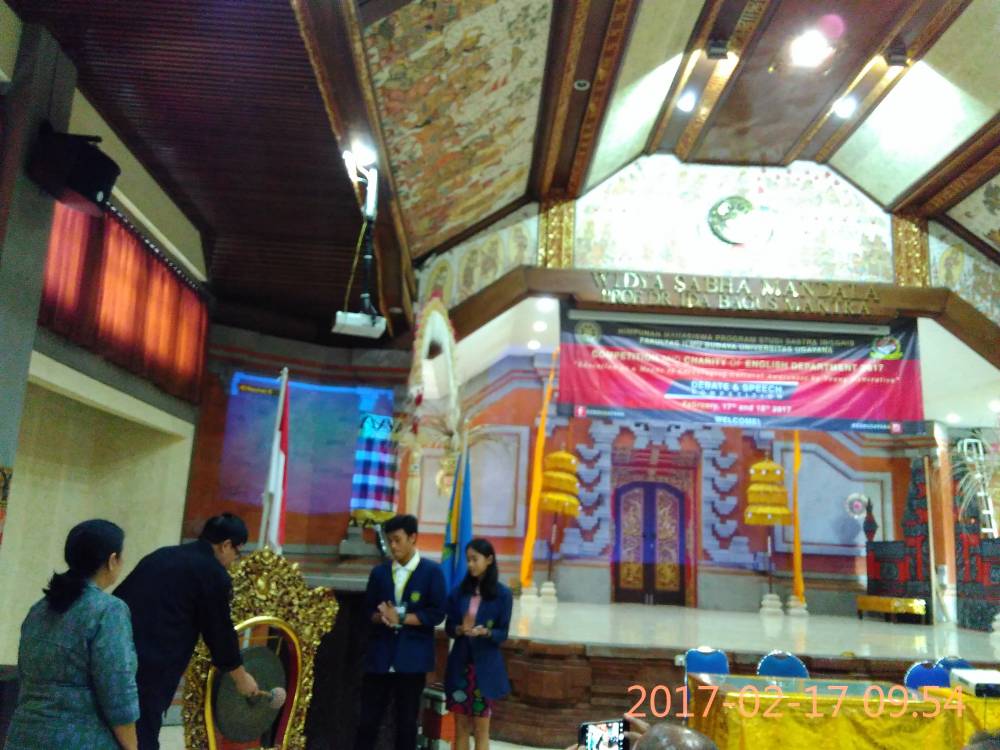 Denpasar - Friday (02/17) Competition and Charity Events of English Department in 2017 officially opened by the Vice Dean III of the Faculty of Arts, Udayana University, Prof. Dr. Nyoman Weda Kusuma, M.S.. This event is an annual activity organized by the Student Association of English department of Udayana University. The event took place at Faculty of Arts would be held for two days, Friday and Saturday (02/18), followed by high school students in Bali. The first day, participants will participate in the English debating competition and in the second day they will participate in the English Speech Contest with the theme that has been determined by the committee. As for the theme was "Education as a Means of Encouraging Cultural Awareness by Young Generation".

"The aim of this event is to train the skills in speaking English, especially among the young generation. Then the second is in accordance with the theme that we raise is more directed to the young generation cultured. Where we expect young people today are able to maintain and proud of its culture in the midst of the current modernization. The culture gives us national identity, let's preserve do not even abandoned. "said Jodi the executive committee of this event. 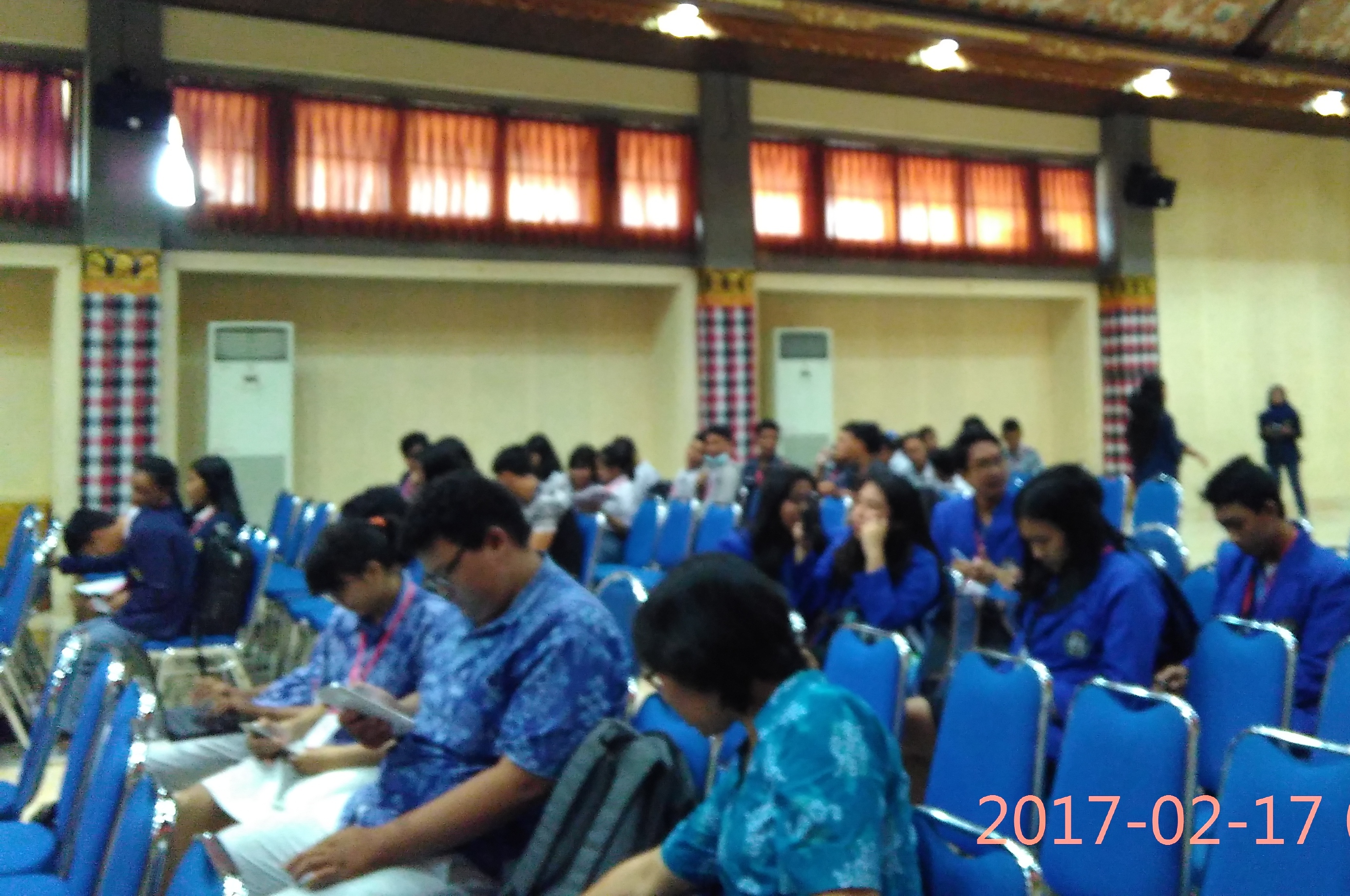 The participants of the Competition and Charity of English Department 2017

This activity got a positive response from the academic community, especially from the Faculty of Arts, Udayana University. The enthusiasm of the participants and the committee were very positive and gorgeous. "There are so many who want a list, and because of the limited quota, and unfortunately have to cut some participants" said Jodi when interviewed after attending the opening of Competition and Charity of English Department in 2017.

Aside from being a competition of English Debate and Speech in English, Competition and Charty of English Department in 2017, also being an opportunity to introduce English Department of Udayana University to high school students in Bali who participated in the competition. "There is no special reward given to the winner, such as admission to English department. But here, we are trying to show the quality of our study program through this event, so that later for those who wish to continue to this department already know its quality and there is no doubt. "added Jodi. (sobhita)