Charity Along With FISIP Students The Udayana University 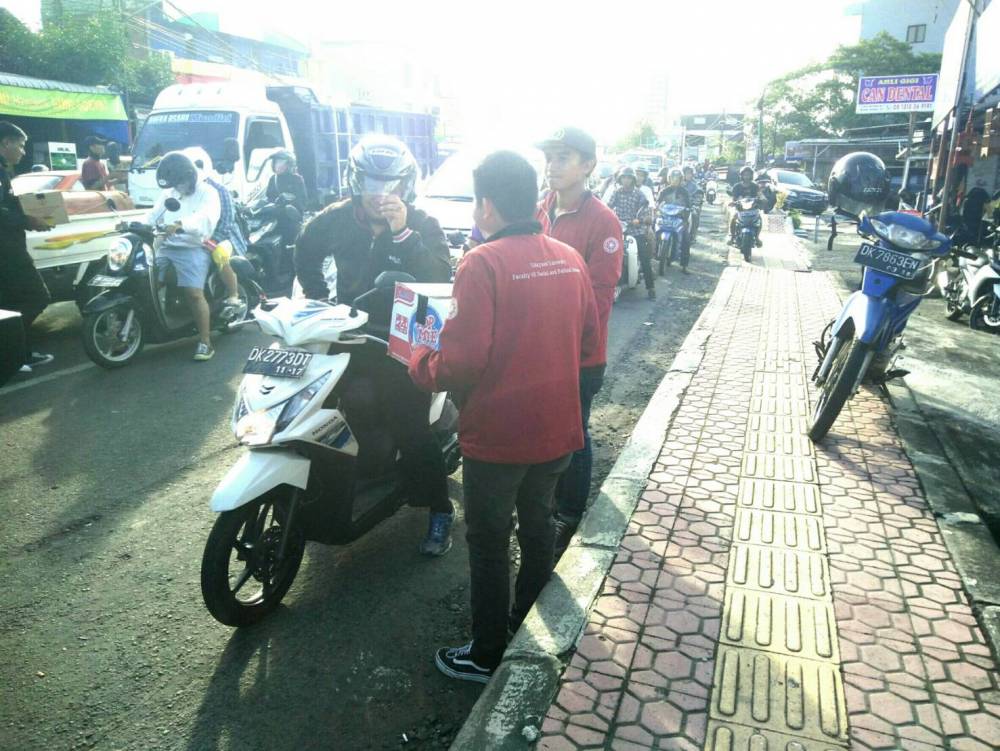 The atmosphere of fund-raising by POLITICAL SCIENCE student of Udayana University.

Through the Executive Board of the student, Faculty of social and Political Sciences University carry out Excavation Funds for Disaster Action in Bali. This event took place on February 14, 2017 is housed in pereempatan Marlboro, Teuku Umar Barat, Denpasar. Donations collected from 14 – 17 February 2017 at Udayana University POLITICAL SCIENCE building B. In addition to conducting the excavation funds in an environment of the campus which is located in jalan sudirman. Socialize to friends-friends of the students that we are also open 2. donation box in the environment of the campus. Donations can be in the form of money or decent clothes to wear

“Later on the result of this charity will be directed to our brothers and sisters who are most in need after suffer natural disasters like landslides and floods in the area surrounding songan. " Risqon Faiz said Maulana as Chairman of Action of excavation Funds [2].

Students who were in the area of Marlboro is raising funds in the form of money from road users to donate to victims of natural disasters. This action is positive because it can engender an attitude of tolerance to the students and community of fellow due to natural disasters. (arisugama)