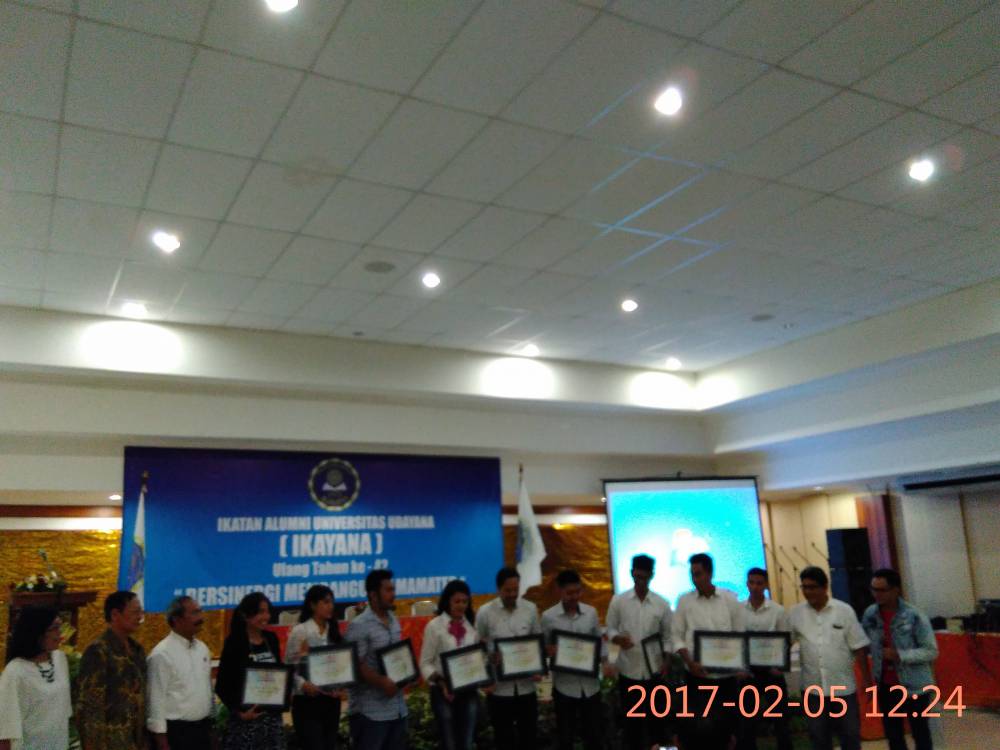 Denpasar - Sunday (05/02), Udayana Alumni Association or commonly referred to IKAYANA, celebrate the 42nd anniversary at Agrokomplek Building, 4th floor, Nusantara Room Denpasar. Approximately 300 seats had been prepared for the Udayana University Alumni celebrating the anniversary of IKAYANA. The event began with the national anthem Indonesia Raya, followed by speeches, awards ceremony on outstanding young entrepreneurs graduated from the Udayana University,acoustic by Udayana young entrepreneurs, and the las was sharing session.

In addition to the festive ceremony in the Nusantara Room, anniversary celebration of  IKAYANA also exhibited the entrepreneurial booths owned by young entrepreneurs of Udayana outstanding alumnus who has achieved champion in the city, provincial, and national level. Approximately there are about 10 booths that lined the front of the Nusantara room. Not only food stand on display, but there was also an exhibition stand in the form of services such as entrepreneurs, computer, screen printing, and tour and travel. (kezia)