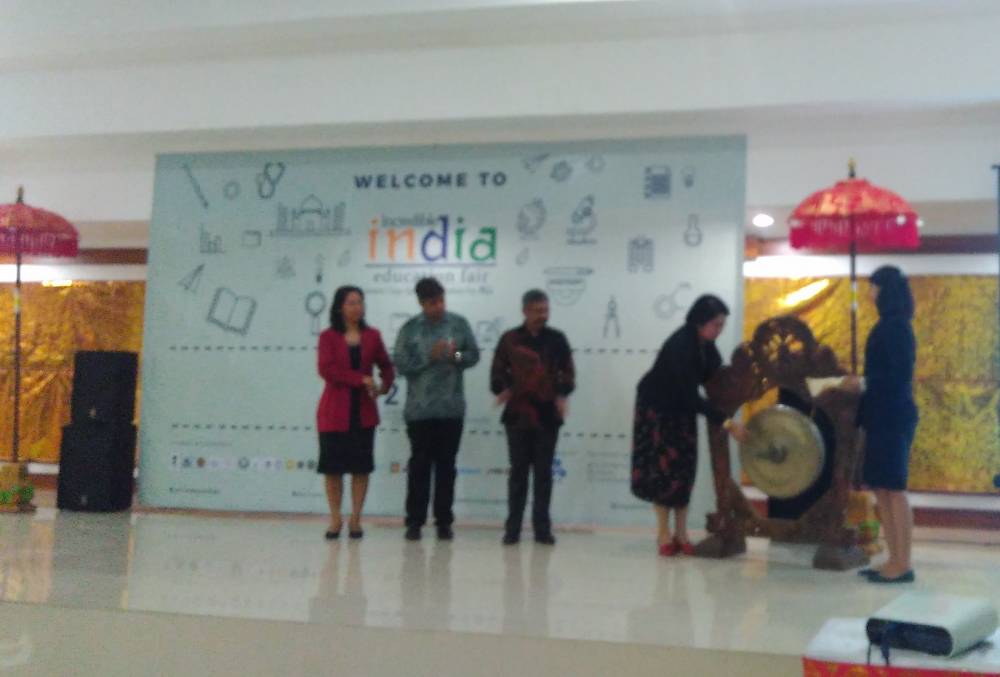 Denpasar – on Thursday (02/02), for the first time, Incredible India Education Fair (IIEF) came to Udayana University to offer various leading universities in India. In this event, there were about 20 leading universities in India offered with international standards that could be recommended to continue the study for the program of D1, D2, D3, S1, S2, and S3. This event took place at Agrokompleks building, on the 4th floor of Nusantara room. It was attended by some representatives of the leading universities in India, representatives of the Dean of each faculty at Udayana University, college students, Senior High School students in Bali, and public. Various fields of study were offered in this event such as Travel and Tourism, Humanities, Hotel Management and Catering Technology, Agriculture and Veterinary, Social Science, Medical Dental and Nursing, Information Technology, Pharmacy, Islamic Student, etc.

The event held by the Embassy of India through IIEF at Udayana University got the positive responses from various academic communities. The Dean of Faculty of Arts, Prof.Dr.Ni Luh Sutjiati Beratha,M.A. said “This event is very good, although it is indirectly conducted by the Consulate of India. The study programs offered are also similar to the study programs at Udayana University so that there are greater opportunities for the students of Udayana University who want to continue their studies. Moreover, the Policy of Udayana Rector calls for the junior lecturers who have become S2 or have not become S2 yet to continue their studies abroad. And its quality is also similar to the other universities abroad since the universities in India also have the international standards”. 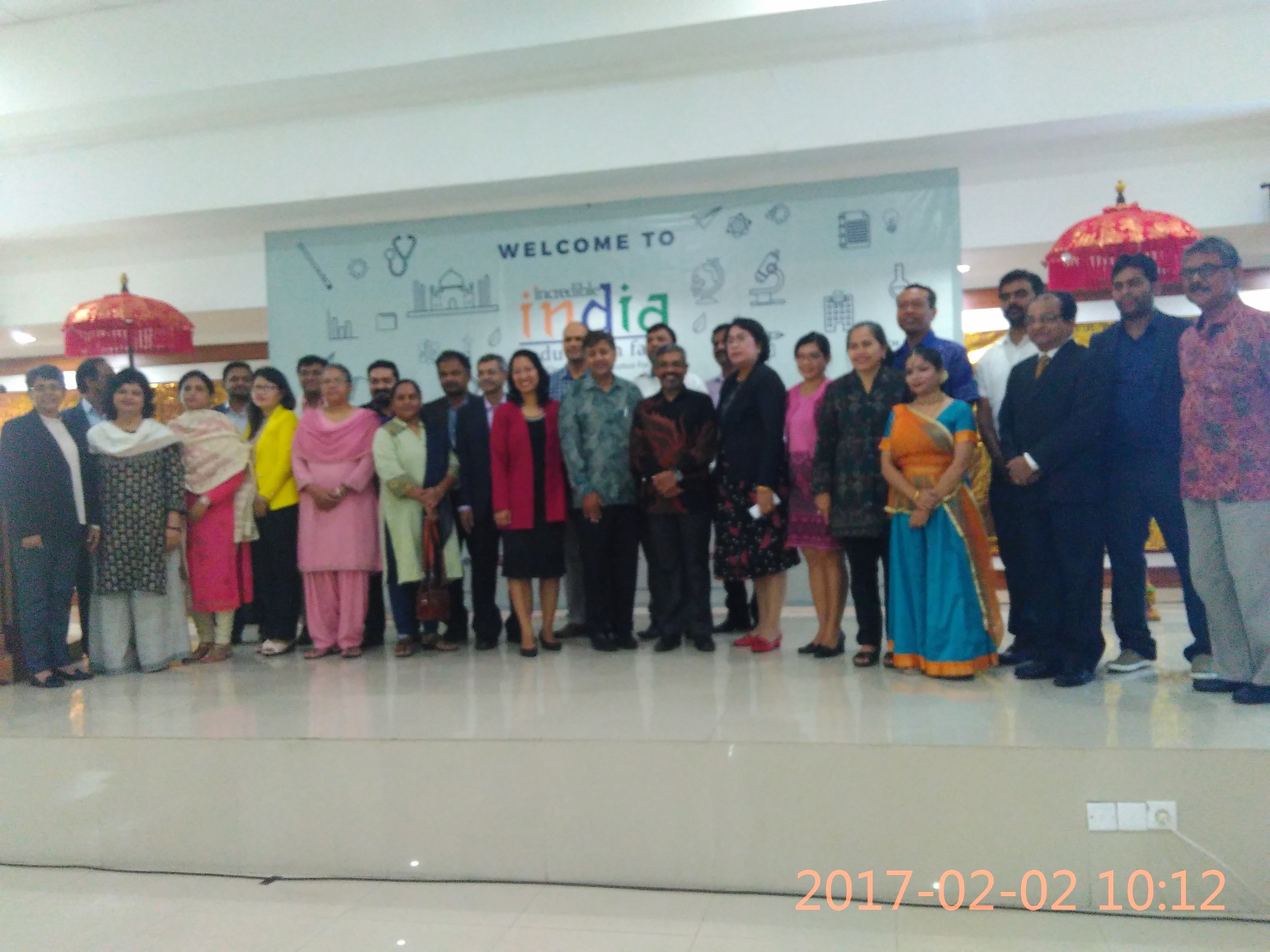 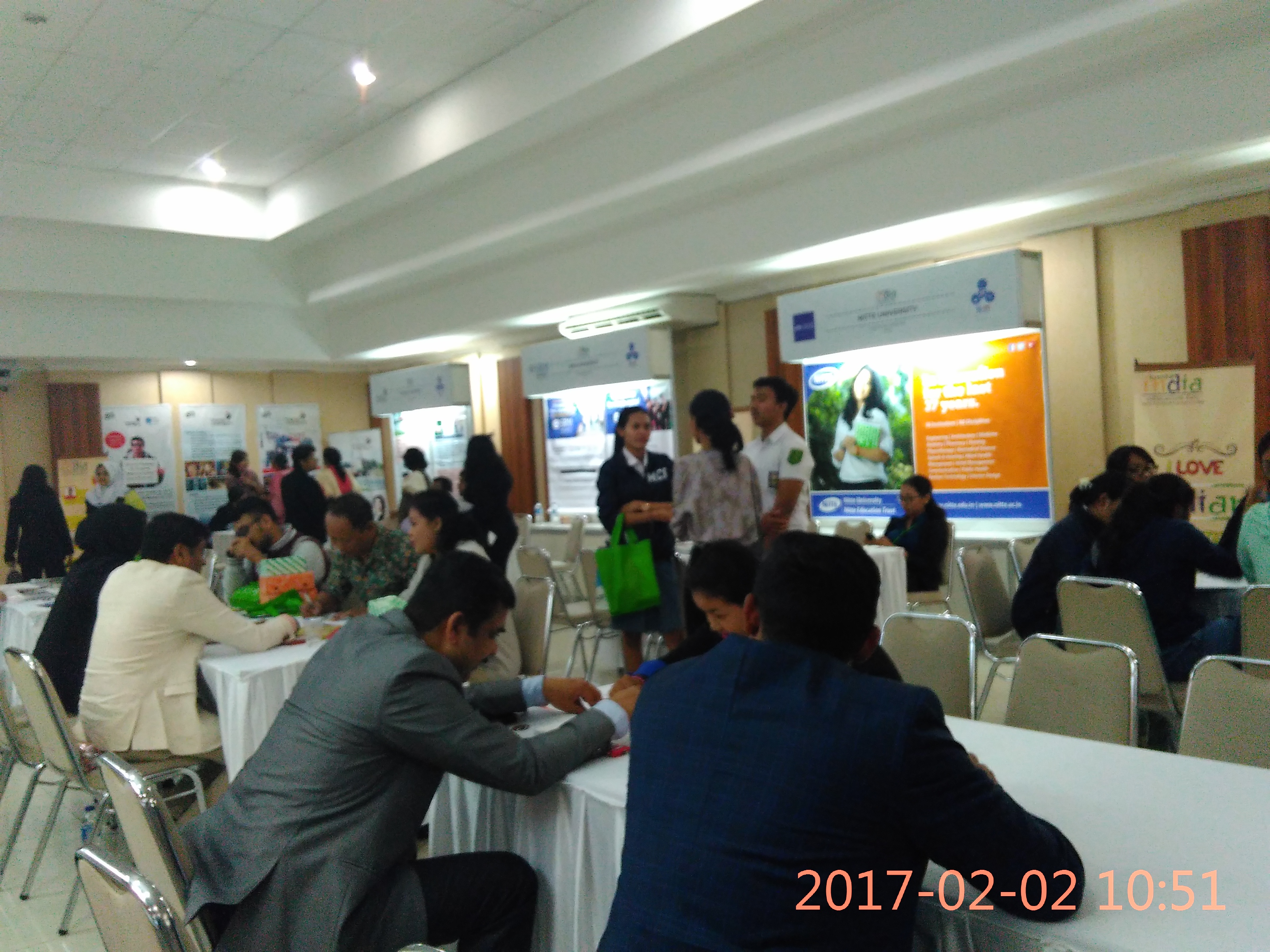 Atmosphere of IIEF at Agrokompleks building, on the 4th floor of Nusantara room

Meanwhile, Ravi Makhija, the organizer chairperson of IIEF said, “The things offered by India are a good education with international standard and cheap living cost, even it is cheaper than in Indonesia. The cost of living in India is only 1.5 - 2 million per month including the cost of transport.”

In addition to the university, IIEF also comes to the schools. There are 11 schools as its target that will be invited to cooperate for this activity. It is because IIEF would like to inform that India is not only Bollywood, but India also has good education system and culture, as well as it can be used as an option for students who want to continue their studies at a low cost. Not only Malaysia and Thailand that can be used as options because of the distance and cost, however, India can also be used as an option. Besides, there are also scholarships from the Government of India. There are at least 20 scholarships for S1, S2, S3, and 120 scholarships for D1, D2, D3, as well as some scholarships offered from each university in India, he added. (naristadevi)