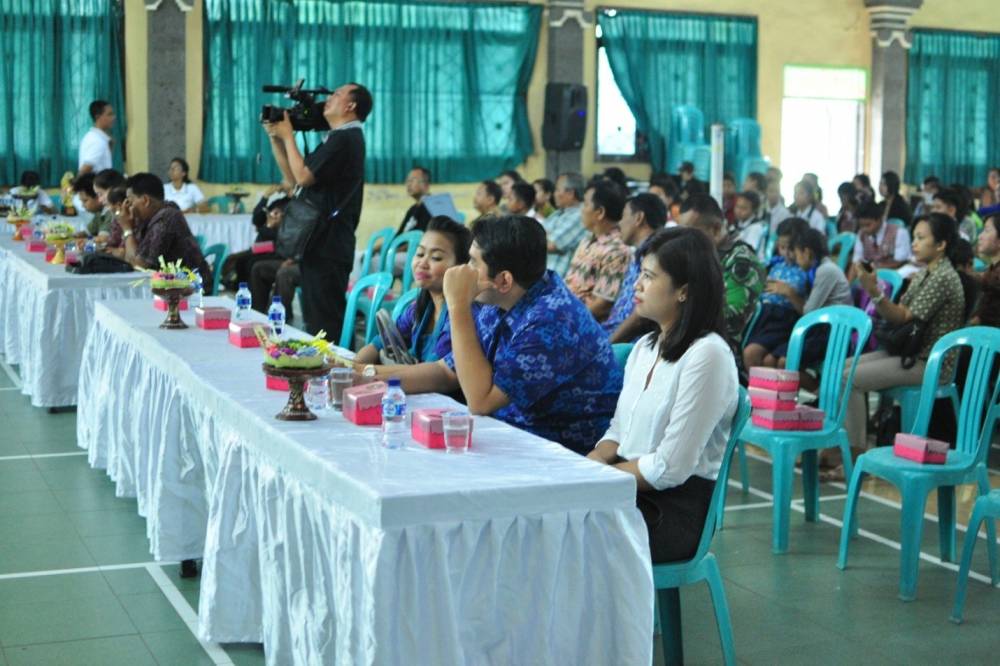 Ungasan- Jimbaran. Faculty of Arts, Udayana University, on Sunday, January 29th, 2017, once again accompanied Desa Adat Unggasan in the event Ungasan English Festival that was held in Wantilan Dirga Labha Ungasan. This event carries the theme "Fun English to Strengthen Local Culture". The reasons of taking this theme was namely to strengthen the local culture as the culinary specialties, which made into the topic of news reading and local folklore story telling in English. Its objective was to generate interest and talent from the younger generation in the English language from an early age. The implementation of this event was because of the support and cooperation of the Udayana University students as committee companion and Karang Taruna Eka Karsa, who previously did the MOU from 2013 with the Faculty of Arts, University of Udayana, Department of English.

The series of events were news reading for the elementary level and story telling for the Junior High School level with a total number of 21 persons. The elementary school students were as many as 15 people and junior high school students were as many as 6 people from Ungasan Village. The judges were all from the Faculty of Arts, Department of English, University of Udayana: Mr. I Made Sena Darmasetiyawan, Mrs. Ni Luh Putu Krisnawati and Mrs. Putu Lirishanti Soethama. 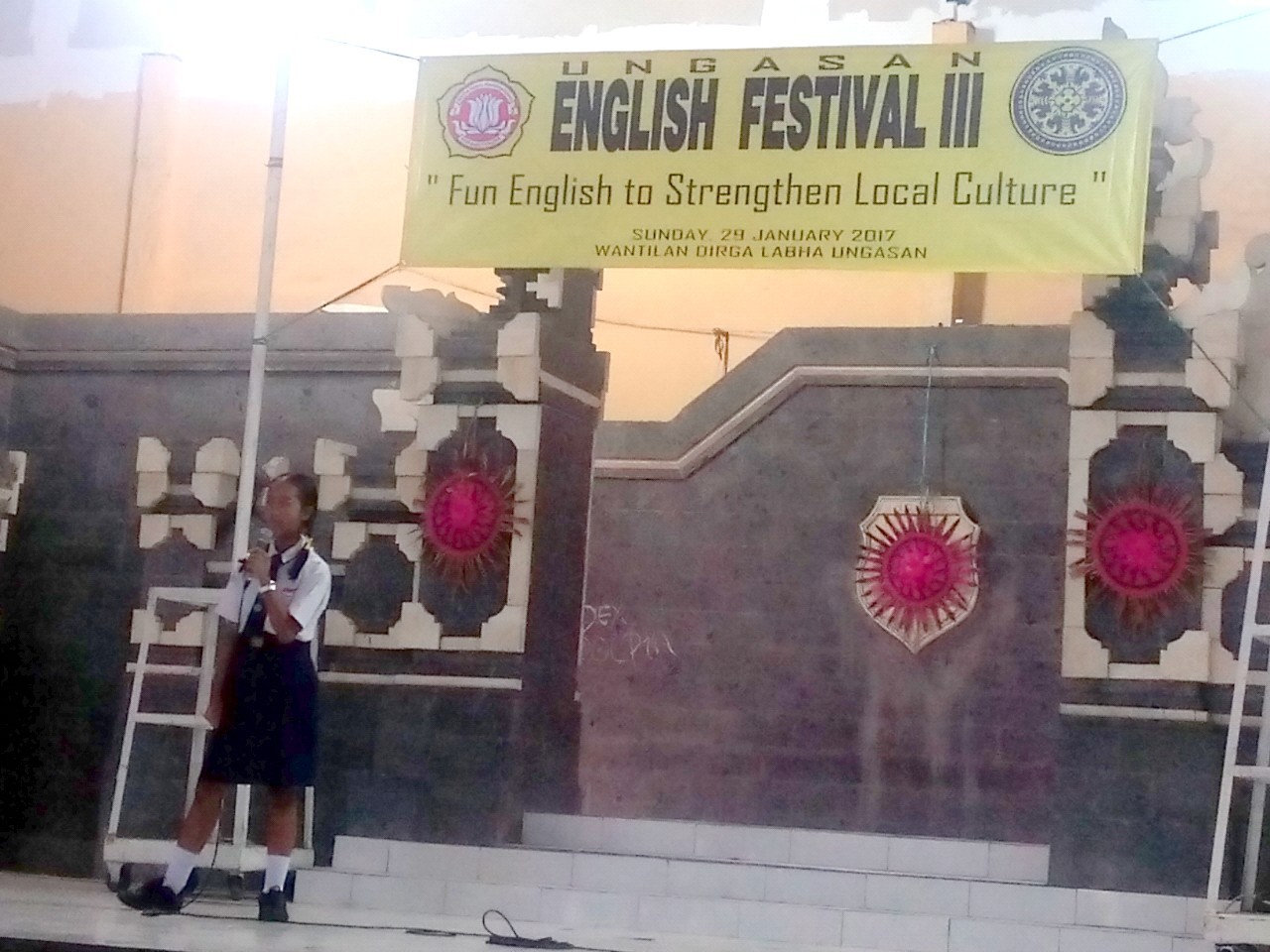 The performance of one of the participants of Story Telling Competition

"The hope for the future in this event is still carried out every year and Udayana University continue to support us in this event" said Mr. I Komang Sumaryana Putra, the chairman of Karang Taruna Eka Karsa, Ungasan Village. The committee chairman of Ungasan English Festival III, I Wayan Suardana, also said that this race had increased from last year which was initially total with 18 participants, this year came to be 21 participants. In the coming year, the event will invite all the students in Badung from elementary school to high school. Furthermore, the activities will also be evaluated in order to understand the shortcomings of the event so that the future will be increased. (arisugama)