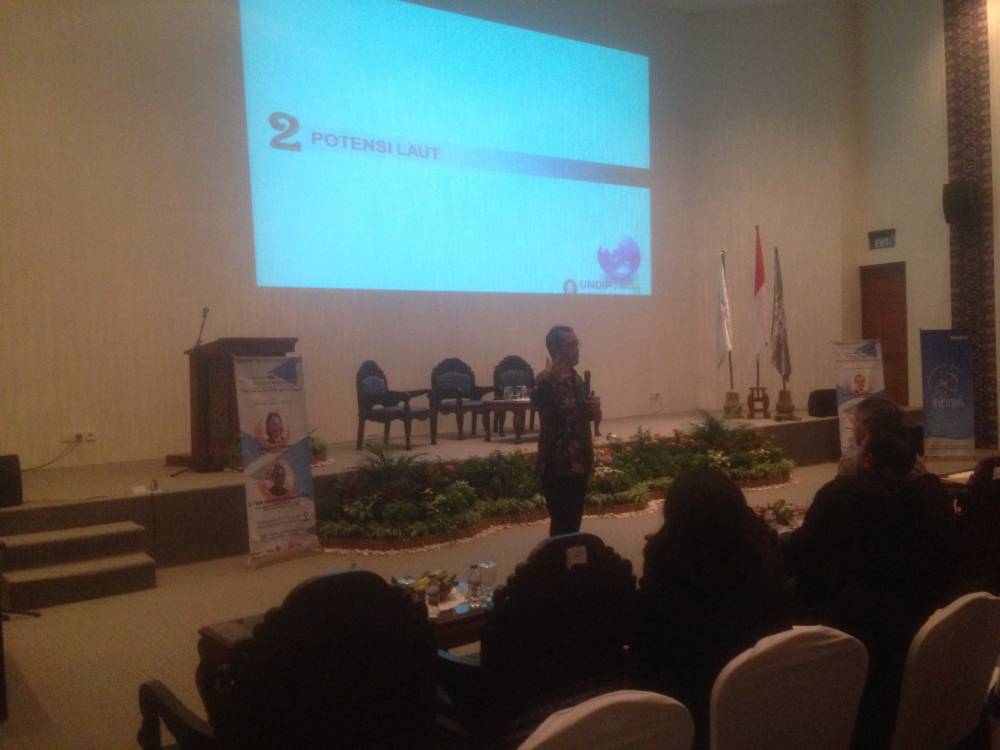 BISMA scholarship has cooperated with Karya Salemba Empat of Udayana University in National Seminar that held on Thursday, (11/10). This seminar took place at Institute for Peace and Democracy Building Udayana University, and the theme was “Through Marine Biological Resources We Save Indonesia Nutrition.”

According to Winda Puspita as the head of committee of BISMA National Seminar explained the purpose of this seminar was in order Paguyuban Bisma give a contribution to Government or State regarding to marine condition nowadays, then recognize the benefit of biological resources of marine. It can be seen that in Indonesia about sea result that rarely known by UMKM (Micro, Small and Medium Business), so through this seminar want to show the diverse of marine resources such as seaweed and so on.

The participants who attended this seminar were from entire Nusantara, both students and non-students. The speaker who presented were Prof. Dr. Ir. Ambariyanto, MSc as academician (expert in Marine and Fisheries) and Prof. Dr. Ir. H. Hardinsyah, MS as Academician (Chairman of PERGIZI Pangan and AIPGI), with a moderator was Prof.Ir. I Wayan Arthana, MS, Ph.D (the Dean of Faculty of Marine and Fisheries Udayana University)

BISMA seminar was held by Indofood that cooperated with Karya Salemba Empat foundation. Bisma (Beasiswa Indofood Sukses Makmur) is a part of KSE that the participants are consist of student entire Nusantara, and one of the donator is Indofood.

Indofood implement leadership practice for student who receive KSE scholarship that consists of Camp 1 to Camp 5 and followed by all students in Nusantara who joined in Leadership Camp. The originator of this seminar was student of BISMA scholarship receiver Leadership Camp Batch 8. Every year there is a different challenge, and for this time the member of Batch 8 carried out National Seminar which rose about the importance of Marine for Public Health Nutririon. (sobhita)