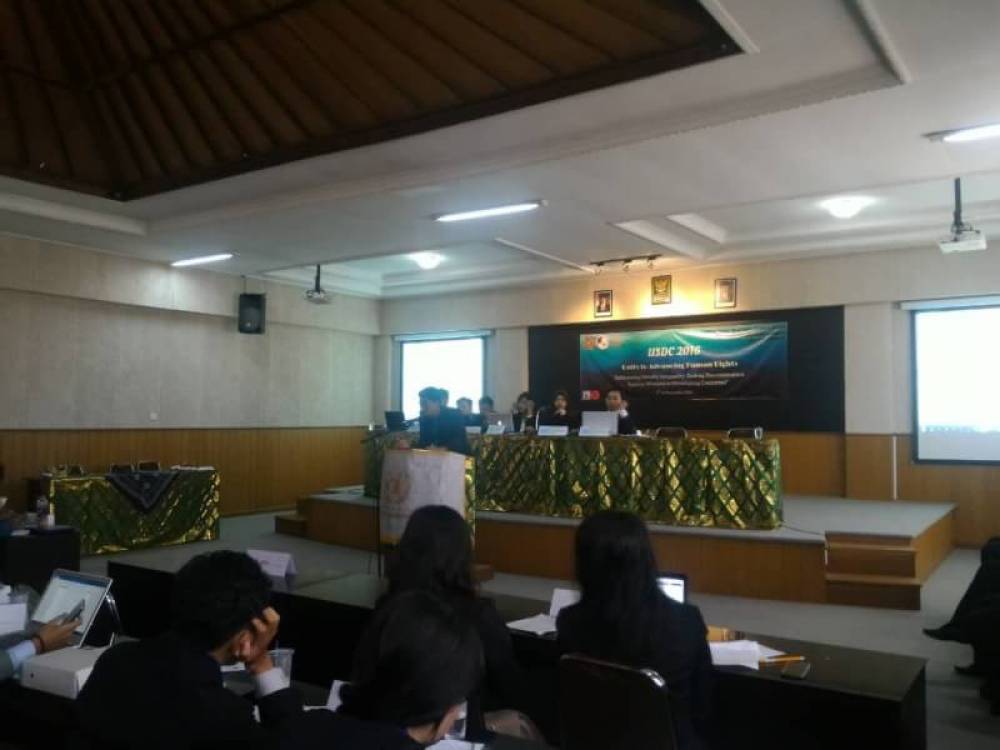 International Relations Studies Program (HI) recently held the activities of Udayana Short Diplomatic Course (USDC) 2016 on November 6th. This event was held in order to hone the skills of younger generation diplomacy and raise awareness of international issues, especially Indonesia which has become part of the ASEAN Economic Community (AEC). This activity was opened by the Vice Dean I of the Faculty of Social and Political Sciences, Tedi Erviantono, SIP., M.Si and delivered his speech. Not only the Vice Dean I of Faculty of Social UNUD, the event was also attended by the Secretary of HI Department, Ni Wayan Priadarsini, S.SS, M.Hub.Int, the invitation of ORMAWA FISIP UNUD, and the participants of USDC 2016.

The participants of this event was coming from various circles, such as from HI FISIP UNUD, Political Science Udayana, Udayana Sociology, Communication Studies Udayana, Udayana Architecture, Udayana Law, SMAN 4 Denpasar, and the S1 Information System of STIKOM Bali. The USDC activities this time took the theme of "Unity to Advancing Human Rights Addressing Gender Inequality: Ending Discrimination Against Women in Developing Countries". This activity was gone nicely and taking place on time. And as the activity song, there was a debate between two different blocks which lasted conducive and diplomatically. And at the end of the event between the two blocks found the common ground and become one and got the solution for problems of gender, which was debated and approved by both parties. (mimi)